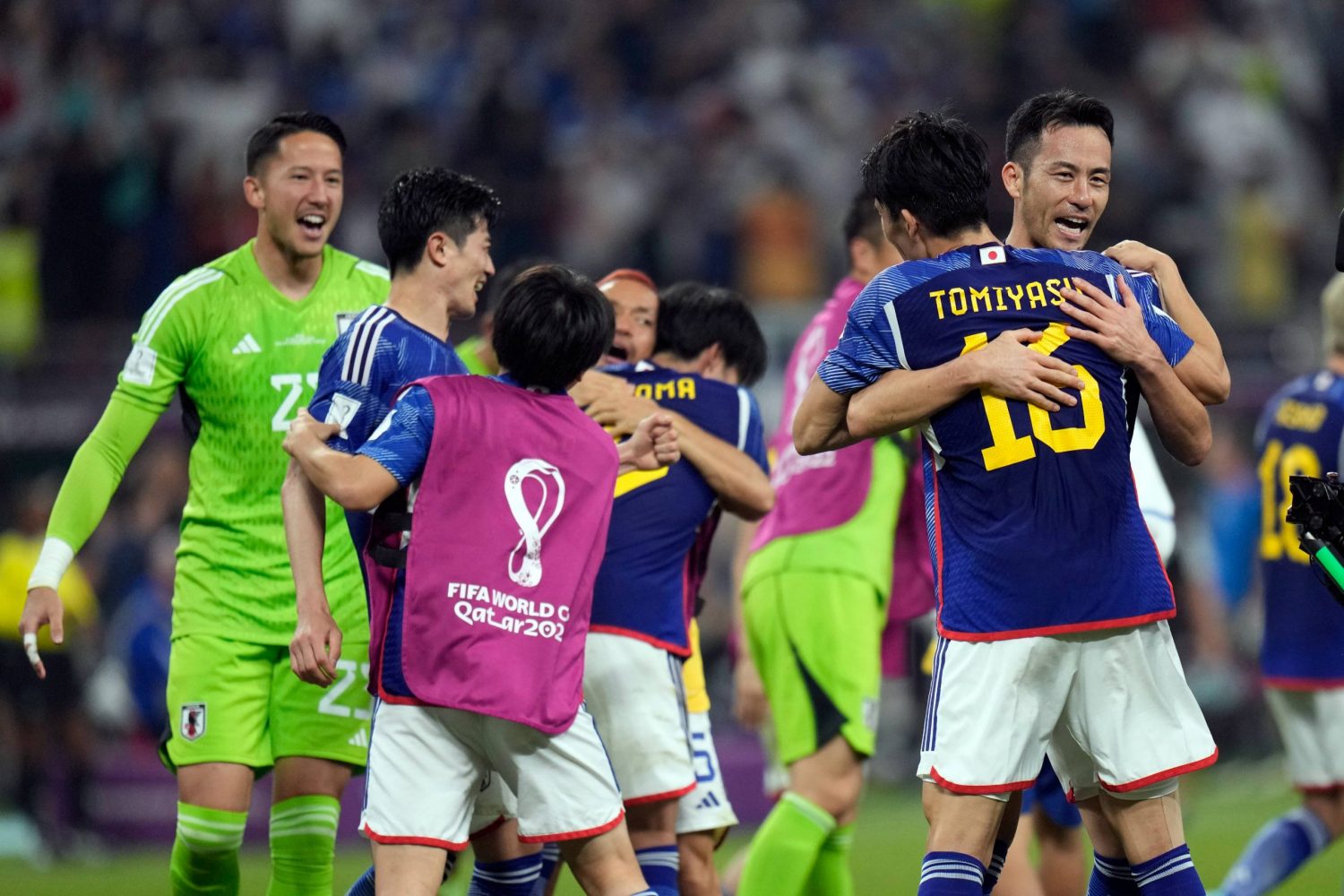 Japan staged a stunning second-half comeback with two quick goals on Thursday, December 1 to defeat powerhouse Spain 2-1 and advance to the knockout stage of the FIFA World Cup.

Despite the loss, Spain still advanced to the round of 16 after Germany beat Costa Rica 4-2.

World No. 24 Japan, which finished top of Group E with six points, will face 2018 runner-up Croatia in the next round on Monday, December 5 (12 AM JST Tuesday). Spain, which was second in the group with four points, will face Morocco the following day.

"We played with a lot of confidence and tenacity," Japan manager Hajime Moriyasu said. "It was a tough match especially in the first half but we believed in ourselves."

Spain, ranked seventh in the world, dominated the first half at Khalifa International Stadium in Doha and took the lead in the 11th minute on a header by Alvaro Morata. The 2010 world champions finished the first half with almost 80% possession.

Moriyasu, who came under fire for his decisions after the 1-0 loss to Costa Rica on Sunday, looked to shake things up in the second half.

He sent on super substitute Ritsu Doan and the move paid off almost immediately.

"We knew we had to score in the second half and were able to get some good chemistry," Moriyasu said.