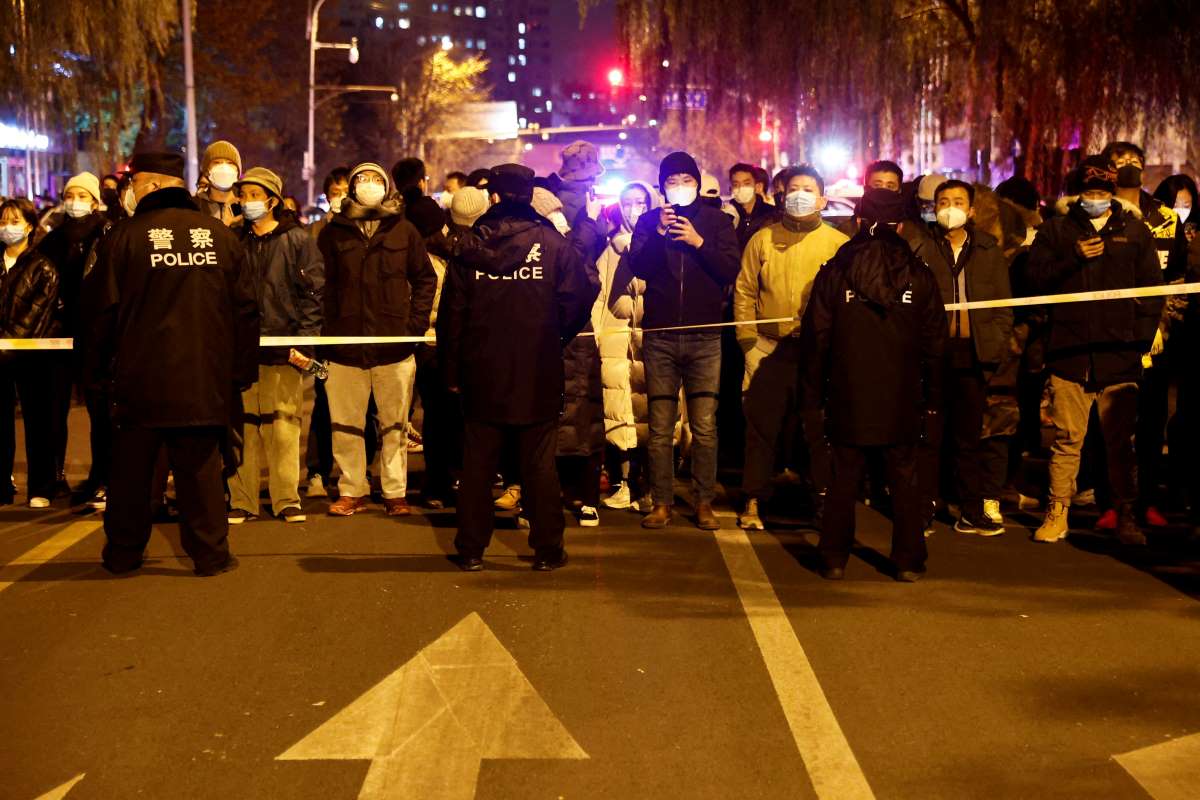 Protests are spreading throughout China, including major cities like Beijing and Shanghai. The cause is anger with the Xi Jinping regime's strict zero-COVID countermeasures.

Some participants in the demonstrations have even taken to yelling anti-government slogans, like "We don't want a dictatorship" and "Out with Xi Jinping."

Protests are a Rare Refutation of CCP Leadership

In a surveillance state like China, the Communist Party exercises strict control over speech. It is extremely rare for such direct criticism of the regime to surface.

Xi likes to cite the effectiveness of the government's COVID-19 countermeasures as compared to Western countries. He says it is proof of the so-called superiority of their communist system.

Now, however, the Chinese public is refuting Xi Jinping's claims.

In this case, the Chinese authorities should take the protests seriously and adopt more flexible strategies for dealing with COVID-19. Moreover, they should realize that they have no right to suppress those who have the courage to speak out.

The protests began as an impromptu gathering to mourn the victims of a November 24 fire in the Urumqi, Xinjiang Uyghur Autonomous Region. The high-rise apartment compound where the fire broke out was locked down at the time under China's zero-COVID policy.

Claims that the strict lockdown delayed rescue efforts quickly spread, especially via social media. After demonstrations took place in Urumqi, they quickly flared up in other cities in a show of solidarity against the zero-COVID policy.

Demonstrators began yelling slogans, like "We won't remain silent any longer" and "We want freedom." Many were holding up blank sheets of white paper to protest the lack of free speech in China.

Furthermore, for the first time since the Tiananmen Incident of 1989, students demonstrated on campuses in the capital of Beijing. Demonstrations even took place at Xi's alma mater, Tsinghua University.

Zero-COVID features strict city lockdowns and restrictions on daily activities. It is a signature policy of the Xi regime. It came out of a speech in 2020, at a time when Western countries were suffering terribly from the COVID-19 pandemic.

In the speech Xi exulted that China's management of the pandemic showed the clear superiority of the leadership of the Chinese Communist Party and China's socialist system.

The zero-COVID policy might well have been somewhat effective in stopping the spread of the virus during the early stage of the pandemic. However, since the emergence of mutant strains with weakened toxicity, the negative aspects of the policy have come into sharper relief.

Economic activity in China has slumped and many people have lost their jobs. With no prospect of an early return to pre-COVID normal life, the patience of the Chinese public has reached its limits.

The biggest problem is the inflexibility of the Xi regime. It has continued to ignore changes in circumstances. And instead of listening to the will of the people, it has obstinately stuck to its zero-COVID policy.

This obsession with ideology is the fundamental flaw of the communist regime.

There is a danger that in an effort to deflect criticism, the Xi regime may adopt a harder line on foreign policy issues. This puts at risk the Senkaku Islands, Taiwan, and the South China Sea.

Japan and the world must be alert and prepared.