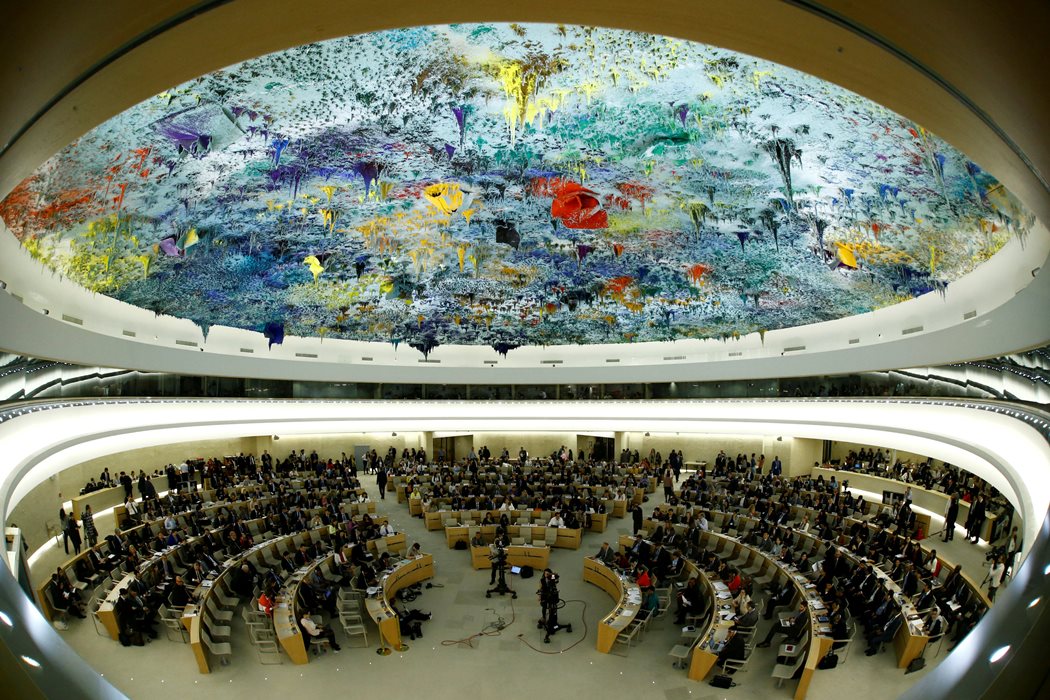 The following letter was submitted to JAPAN Forward by Japanese academics with a request to help them have their views heard. It concerns a new report by members of a committee appointed under the authority of the United Nations High Commissioner on Human Rights.

The report is intended to look at how countries implement the Convention on the Elimination of All Forms of Discrimination, to which Japan is a member. All perspectives are supposed to be considered in the report, but the Japanese academics believe the Japanese side was not considered by those who wrote the report.

We are publishing the letter unedited.

Open Letter of Protest to the Chairman of the Committee on the Elimination of Racial Discrimination (CERD) on Concluding Observations on the Combined Tenth and Eleventh Periodic Reports of Japan on September 26, 2018

We are deeply disappointed in your poorly considered Concluding Observation (“your Report” hereafter) of September 26, 2018. The content of your Report can be described using the three adjectives beginning with “un” — “unscientific,” “unbalanced,” and “unfair.”

First, let us consider the “100th Anniversary of Japan’s Proposal of Elimination of Racial Discrimination.” The Academics’ Alliance for Correcting Groundless Criticisms of Japan (AACGCJ) submitted its report on this theme, and the group wrote about this very theme for the Preface of the joint report written by Japan NGO Coalition against Racial Discrimination (JNCRD) in July. The AACGCJ, in its July report, requested that the CERD and the Japanese government pay their respects to the Centennial of Japan’s proposal and to disseminate information concerning this to the rest of the international community in order to resume momentum for the international movement for racial equality.

Furthermore, Mr. OHTAKA Masato, the Head of the Delegation of the Japanese government, touched upon this issue, stating, “It was 99 years ago when the international community, with the active participation of Japan, took the initial step to tackle the issue of racial discrimination at the Paris Peace Conference,” at the beginning of his opening remark at the CERD Session for Japan on August 16.

Your Report, however, completely neglected our request and even mention of the theme itself, despite the history of the origin of the movement for racial equality of which the CERD currently has assumed responsibility. The CERD was established, based on the International Convention on the Elimination of All Forms of Racial Discrimination (ICERD), effective 1969, just a half century after Japan’s initiative in 1919. With the centennial of Japan’s role for racial equality approaching, the CERD should have issued notice of Japan as a pioneer in this matter. The CERD, by neglecting Japan’s role in the overall history of the movement for racial equality, is denying its own roots.

Thus, should UN Secretary General António Guterres or UN High Commissioner for Human Rights Michelle Bachelet be at the forefront of commemoration of the 100th Anniversary for the commencement of the global movement for racial equality? The leaders of the United Nations need to remember that the movement began within the committee responsible for drafting the Covenant of the League of Nations at the Paris Peace Conference in Versailles in February 1919. (In fact, this committee’s meetings were held 15 times in total in room 351 of Hotel de Crillon in Paris.)

A total of 12 NGO Reports for Japan have been posted on the CERD’s website. If we divide them based on ideology, there are five conservative and seven leftist reports. Out of the seven leftist reports, two were from Korean NGOs. Following the NGO presentations at the “Informal Meeting with NGOs” on August 14, Professor Bossuyt said that the NGOs reports were “very well-organized” and of a “great variety.” Notwithstanding the CERD’s characterization of the “diversity” of the NGO Reports, “your Report” on September 26 almost entirely neglected mention of the five conservative reports. Moreover, “your Report” of September 26 nearly neglected the Japanese government’s presentations of August 16, as well as its answers to CERD Members’ questions on August 17. One may not be far from the truth to say that “your Report” of September 26 has a distinct ideological bias.

Regarding the problem of Comfort Women, we acknowledge that “your Report” was somewhat improved over the previous CERD Report of September 2014. Grossly inaccurate statements, such as “the issue of foreign Comfort Women who were sexually exploited by the Japanese Military during World War II” and “bring to justice those responsible for human rights violations,” as seen in the previous Report of 2014, have disappeared from “your Report” of September 26, 2018.

Unfortunately, we are still very dissatisfied with “your Report” of September 26, 2018. “Your Report” recommended that the Japanese government assume a “victim-centered approach,” and deny the “Japan-Republic of Korea Governmental Agreement” of December 2015 as a solution to the issue. We strongly believe the most important approach to resolve historical issues as “fact-centered” rather than “victim-centered,” which rests merely on emotion and subjectivity. A “victim-centered approach” relies exclusively on the oral testimonies of alleged Comfort Women. However, testimony must be substantiated with evidence and subjected to cross-examination. Indeed, testimonies by the so-called Comfort Women are not based on hard evidence. The dignity of any country and its people should not be tainted by baseless finger-pointing.

We believe that the CERD is not qualified to deal with the issue of Comfort Women for the following reasons. First, a body that entirely denies its foundation, as noted previously, is not at all qualified to deal with historical issues. Second, CERD Members include two with very biased views of the Comfort Women. Ms. Gay McDougall wrote the so-called “the McDougall Report” (1998), with its title, “Contemporary Forms of Slavery: Systemic Rape, Sexual Slavery and Slavery-like Practices during Armed Conflict,” in 1998. Furthermore, Professor CHUNG Chinsung is a former chairperson of the “Korean Council for the Women Drafted for Military Sexual Slavery by Japan.” The title of Ms. McDougall’s report and the mere name of Professor Chung’s council both include “sexual slavery.” Moreover, the phrase “rape center” appears in “the McDougall Report.” How can one claim to be objective given these lines of thought? Thus, these CERD Members are not qualified to discuss Comfort Women issues within the Committee. These two CERD Members are preoccupied with stereotypes on the Comfort Women which are fallacious.

In light of facts, the Comfort Women had nothing to do with sex slavery, as they were recruited via open, newspaper advertisements. Finally, and most importantly, the CERD is not qualified to deal with the issue of Comfort Women because it is not an issue that falls under “racial discrimination” as defined by the International Convention on the Elimination of All Forms of Racial Discrimination (ICERD). According to Professor HATA Ikuhiko, there were in total about twenty thousand comfort women, in which about 40% were Japanese, 30% were Chinese in the China Theater or Burmese in Burma (Theater), 20% were Koreans, and 10% were from other countries. Therefore, we understand the Japanese government need not include the issue of Comfort Women, in any form, in its next periodic report for the CERD. (HATA Ikuhiko’s Comfort Women and Sex in the Battle Zone was published by Hamilton Books in 2018. The original Japanese version of this book was published in 1999.)

We believe that the comfort women were “military-licensed prostitutes” or “wartime-licensed prostitutes,” rather than “sexual slaves,” because “forceful abduction” and “human trafficking” were never elements within the comfort women system. In reality, some types of women are always found near every military base anywhere in the world. We cannot understand why only the Japanese military during World War II be blamed so severely. The Japanese military established and managed the comfort women system for the purpose of preventing rapes by soldiers and maintaining hygiene. It is our opinion, in this regard, that the Japanese system was much better than that of other country’s practices.

During the Second World War, there were many advertisements, with monthly salaries stated, for the recruitment of comfort women in major Japanese, Korean, and Manchurian newspapers at the time. The monthly pay indicated that they were very well-compensated. A US document demonstrated this as well. A US Army captured 20 Korean comfort girls working for a comfort house on the Myitkyina battlefield in Northern Burma (Myanmar) in August 1944, and interviewed them from August to September 1944. The United States Office of War Information (OWI) Psychological Warfare Team attached to US Army Forces India-Burma Theater recorded the interviews. This document was named “OWI Report No. 49” (the so-called “OWI Myitkyina Interrogatory of 1944”) which stated: “A comfort girl is nothing more than a prostitute or ‘professional camp follower’ attached to the Japanese Army for the benefit of soldiers.” The report stated that their average net monthly pay was 750 yen, which was 75 times higher than a private first-class soldier’s salary, which was 10 yen. (US President Franklin D. Roosevelt established OWI for wartime information and propaganda in June 1942. Its predecessor, however, the Office of Coordinator of Information (OCI), had been established by FDR in July 1941, before the beginning of World War II.)

As far as the issue of Okinawa is concerned, our JNCRD Report of July 2018 insisted that the CERD should retract its recommendation, to the effect that the Japanese government consider recognizing the people of the Ryukyu an “indigenous peoples” in its Report of September 2014. Notwithstanding our report, “your Report” reiterated recommending the Japanese government consider again its position on recognizing the Ryukyu as indigenous peoples, negating the findings of our JNCRD Report. As we clearly mentioned in the Report, the citizens of Okinawa Prefecture regard themselves as Japanese and not as an “indigenous” race.

As for the issue of Ainu people, they should be considered differently from aboriginal races in other countries, because their lands and rights were not “stolen” by the Japanese government. “Your Report” still views the Ainu in the stereotypical way as “indigenous people” as they are in other countries. The CERD needs to learn the proper history of each country with a perspective towards a longer view.

As a whole, the CERD is living in the past with stereotypes parroted by leftist NGOs for the last three decades. CERD members are kindly requested to make more efforts in discerning the historical truth. Moreover, the CERD accepted a secret backroom meeting requested by leftist NGOs in the morning of August 16 during the Session for Japan. We conservative NGOs were entirely omitted from this meeting, which is against the functioning of the “Lunchtime Briefings by the NGOs” that were formally organized by the CERD secretariat on August 16. It seems to us that this is the evidence that the CERD does not believe at all in fairness and impartiality.

If the CERD continues to maintain its bias and neglects the Japanese government’s presentations and forthright answers to questions as well as the views from conservative NGOs, it would lose its raison d’être. The UN Human Rights Council and CERD need to think about the United States’ announcement of withdrawal from the UNHRC in June 2018. We do not entirely support the US’ reason for its withdrawal from the UNHRC, but we can well understand the US’s dislike of the UNHRC’s chronic bias in general. If the UNHRC’s tendencies continue, it will be natural that the Japanese public will lean towards following the US’ lead in this matter.