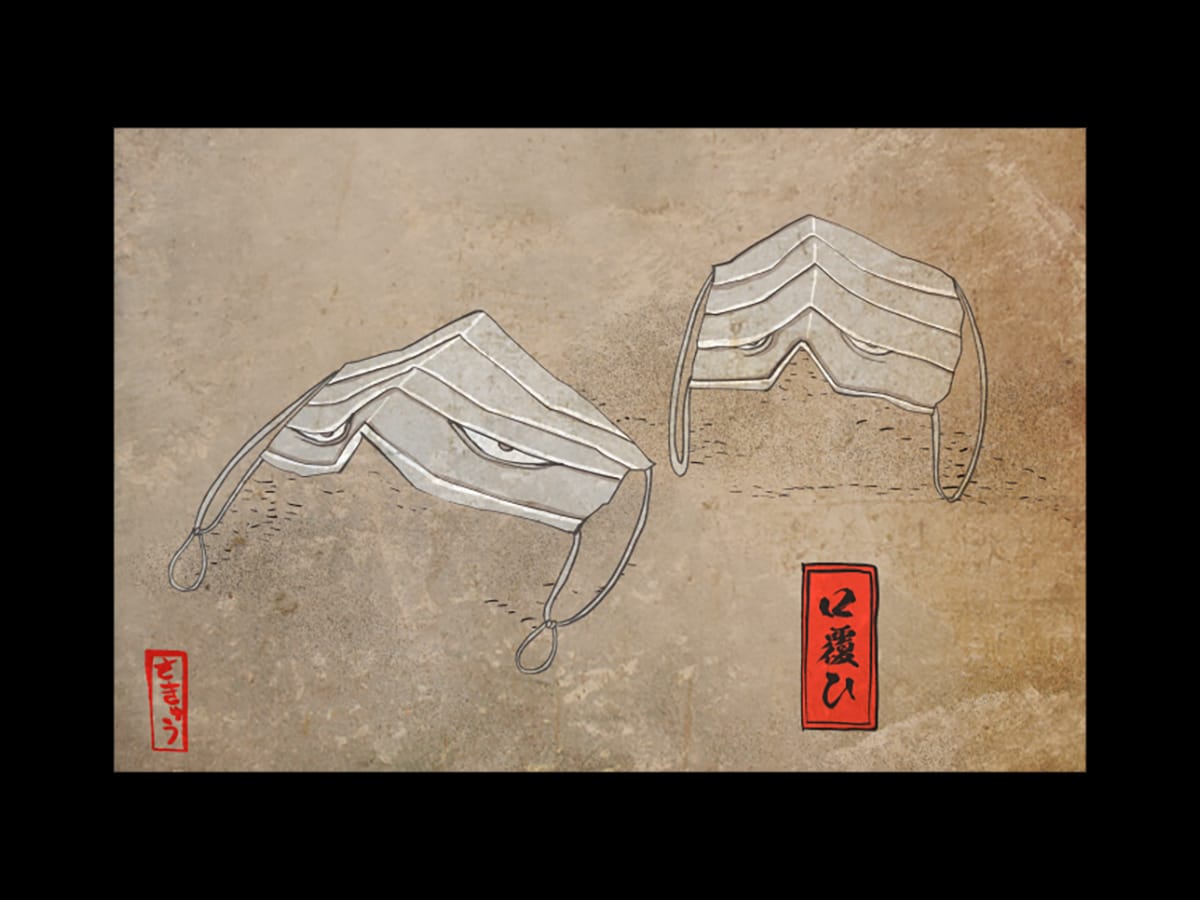 Yōkai 妖怪 are supernatural entities and spirits from Japanese folklore. Deeply tied to the Japanese animistic belief that spirits inhabit all things, whether living or not, yōkai can take on humanoid features like the zashiki-warashi, animal features like the kappa (water imp) or the plague-fighting Amabie, recently revived due to the pandemic, and even inanimate objects such as tools.

However, yōkai don’t represent a fixed and unchanging cast of characters. As the times have changed, new members have been added. Urban legends like kuchisake-onnna (the slit-mouth woman) or Hanako-san, a ghostly girl who haunts school toilets, joined the roster in the Showa Period. Moreover, it’s only natural to consider that the subclass of tsukumogami, yōkai based on tools, would see additional members join their ranks as new tools appear with the changing times.

Japanese artist and illustrator Sakyu has a fertile imagination when it comes to yōkai. Paying homage to the artistic style and the visual conventions of yōkai woodblock prints, she enjoys creating entirely new yōkai based on modern objects and phenomena. Through the clever design, concept, and naming of the yōkai to the creative use of the limited color palette to make striking compositions, Sakyu creates perceptive and thought-provoking works updating yōkai to the Reiwa Era.

In addition to providing illustrations for books, websites, posters, and goods, Sakyu has exhibited her work in Osaka, Japan, and internationally. For example, her work was featured in the “Enfers et fantômes d’Asie” exhibition at the Quai Branly Museum in Paris (2018) and at the “Yōkai: Ghosts & Demons of Japan” exhibition at the Museum of International Folk Art in Santa Fe (2019).

The rest of the article can be viewed on our partner’s website, grape Japan at “Japanese artist & illustrator Sakyu creates yōkai monsters from modern objects and phenomena.”