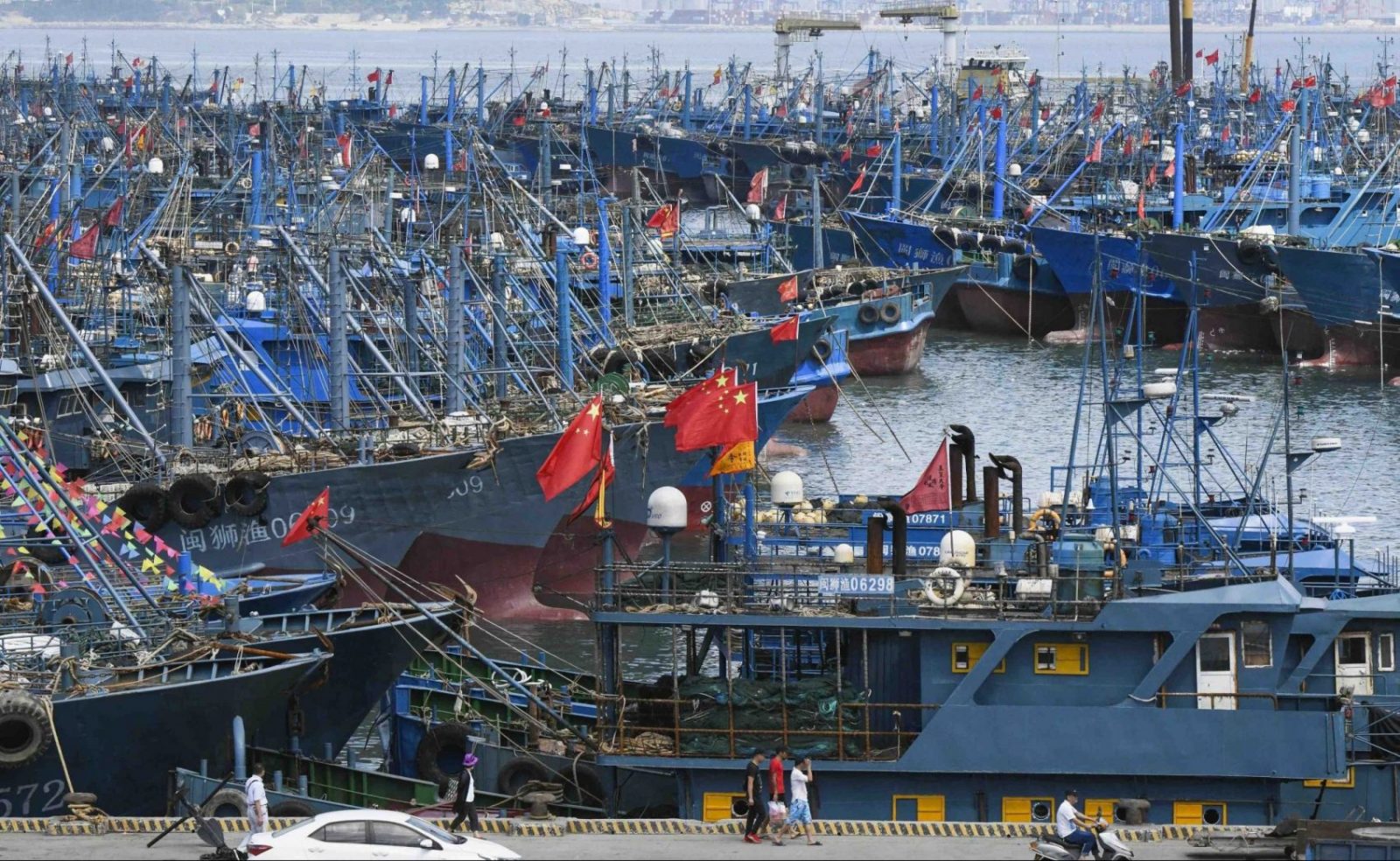 Swarms of Chinese maritime militia purporting to be fishing vessels from the fleet shown in this picture entered waters around Japan's Senkaku Islands (Okinawa Prefecture) in September 2020.

China’s long-term naval modernization program has resulted in unprecedented growth in its force and presence in the seas near its borders. While the primary focus tends to remain on the PLA’s Navy, its maritime militia ー is a lesser discussed and indiscernible sea force which has been developed in a clandestine manner over the years ー is an important element of Beijing’s naval strategy.

The maritime militia (海上民兵) is an armed fishing fleet made up of an armed mass of military-trained personnel who serve as an irregular reserve force. It is mandated mainly to support the PLA-Navy, to showcase China’s naval power projection.

Beijing has been extending greater financial support to this irregular maritime force, in measure with its increased role in China’s naval power projection.


What is the Maritime Militia?

Although no official definition of the maritime militia exists in Chinese-origin literature sources, in late 2012, Zhoushan’s garrison commander, Zeng Pengxiang, and the garrison’s Mobilization Office, provided one. They said:“The Maritime Militia is an irreplaceable mass armed organization not released from production and a component of China’s ocean defense armed forces [that enjoys] low sensitivity and great leeway in maritime rights protection actions.”

In other words, the militia is a government-supported armed fishing force, with a lower profile but still under the direct command and control of the PLA. In openly declared 2014 legislation, the local government, the Chinese Communist Party (CCP) and the PLA announced funding for local counties to recruit maritime militias.

According to Taiwan’s Institute for National Defense and Security Research, Mainland China’s maritime militia is part of its classic “gray zone” tactical operations that seek to keep the conflict within the ambit of not crossing the threshold of an outright war. It is designed to realize the PLA’s warfighting dictum of “win without fighting”.

Beijing’s strategy remains one of enforcing its sovereignty claims in the South China Sea and East China Sea. It’s strategy, however, is one of working towards annihilating the adversary with its flocks of fishing fleets, while keeping the Chinese Coast Guard nearby and PLA-Navy ships in the background. In this way, China maintains its covert “gray zone” operations that hang ostensibly somewhere between peace and war.

Most, if not all of China’s maritime militia includes Chinese coastal fishermen, rendering it the saltwater element of China’s national militia. The affiliation of the fishermen with the militia means that their vessels can be appropriated ー taken over for training purposes and for conducting missions.

The size of the maritime militia has registered a tenfold increase over the past few years. This is in addition to the nearly 439,000 motorized fishing vessels that can operate at sea in conjunction with the Beihai Fleet, Donghai Fleet and Nanhai Fleet, which the PLA-Navy commands.


How the Maritime Militia Works

State-controlled publications from Beijing have acknowledged that China’s maritime militia works alongside the PLA-Navy “to strengthen its combat capability and operational requirements”.

Take for instance PLA’s Beihai City Military Command in the Guangxi Zhuang Autonomous Region (in South Central China, bordering Vietnam). By absorbing veterans from the PLA-Navy along with experienced sailors, the Beihai maritime militia, specifically, is equipped for transport, reconnaissance, and emergency equipment repair, with units in areas with a strong shipbuilding industry. This enables the city’s maritime militia to play a vital role in various maritime drills organized by the PLA-Navy in pursuit of China’s regional security goals.

China’s maritime militia receives frequent training and possesses advanced skills for carrying out missions at sea. This active engagement is in sharp contrast to the activities of the less active (ordinary) militia.


Use in China’s Power Projection

Of late, China has been downplaying the role of its maritime militia in asserting claims over multiple maritime disputes where China’s so-called “rights protection” issues are concerned. What does not go unobserved, however, are the maritime militia’s activities in the strategically important, southernmost province of Hainan and the Sansha city, which administers vast island groups and surrounding waters in the South China Sea.

Apart from administering Sansha, Hainan is home to the Yulin Naval Base and its submarine bunker, along with a host of conventional and nuclear submarines. The Maritime Militia Company established in July 2013 came close on the heels of Xi Jinping’s momentous visit to the remote fishing village of Tanmen in the Qionghai County of Hainan Province in 2013. The trip proved instrumental in boosting the growth of the maritime militia in Hainan.

Developments on China’s maritime militia, if collated and reviewed collectively, highlight Beijing’s intense investment of resources in the development of the militia’s use for power projection towards the South China Sea and the East China Sea. Both regions have become the locus of simmering territorial conflicts brewing between a revisionist China and its neighbors.

The maritime militia has become an asymmetric force multiplier, among other factors. It is a critical and vital support organ for the PLA-Navy, along with China’s Coast Guard, to operationalize Beijing’s combined naval strategy that advances it’s defiant and assertive position in multiple maritime disputes.

The region is dangerously heading towards a steep rise in political tensions owing to China’s unilateral actions that are unsettling the status-quo. It is incumbent upon the democratic regional players to engage in a mix of power diplomacy which deftly combines hard tactics, rolled up in yielding policy pronouncements that support East and Southeast Asia’s territorial sovereignty matters.