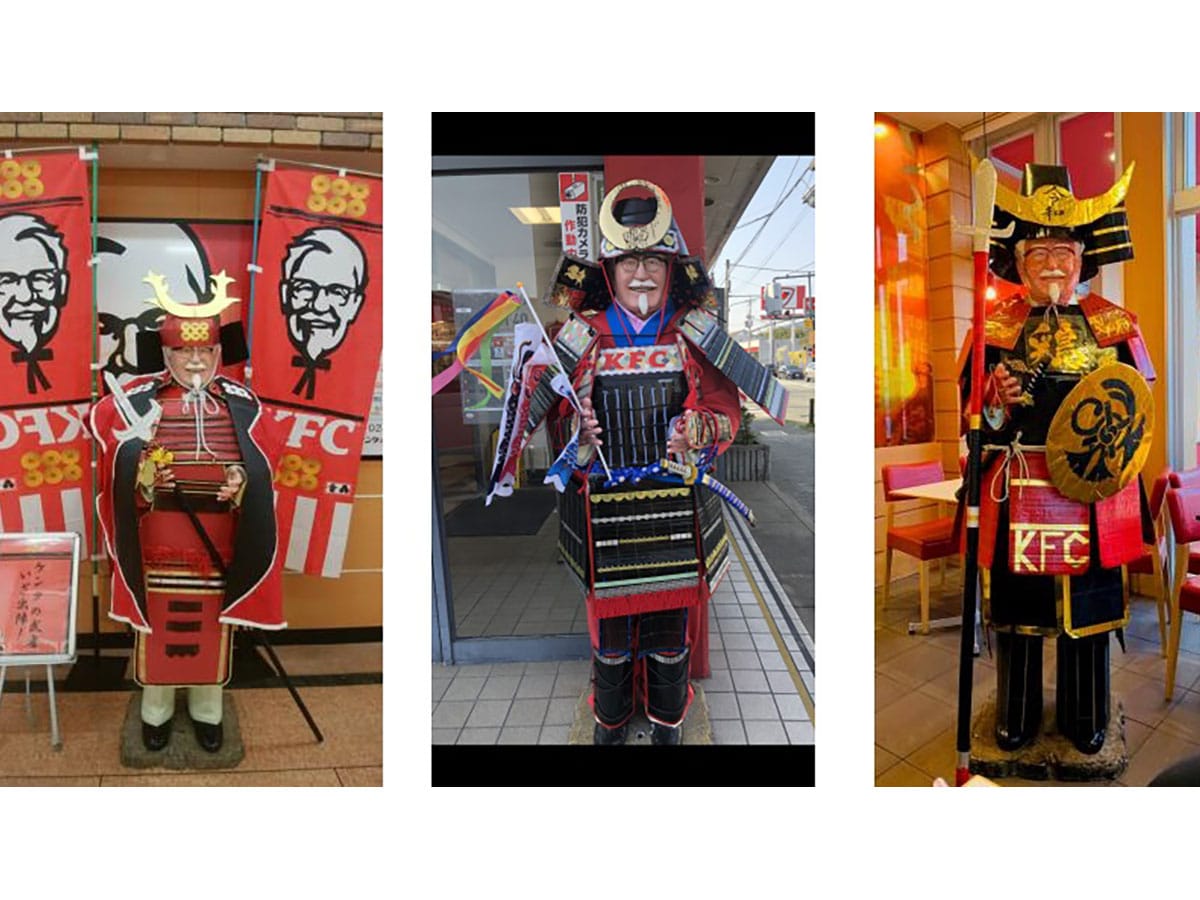 Kentucky Fried Chicken is celebrating half a century of business in Japan this year.

And as they've done since 1984, KFC shops across the country dressed up their Col. Sanders statues (yes, in Japan, that's a thing) in a suit of armor and helmet to celebrate Children's Day (formerly known as Boys' Day) on May 5th.

The Col. Sanders statues usually placed in front of the store to welcome customers often get makeovers to match the season. For example, in December, they're often dressed in a Santa Claus outfit. And for Children's Day, it's armor.

Each store is free to come up with its own interpretation, either representing a well-known bushō 武将 ('armored general') or an original design.

However, this year, as KFC stores were preparing for their usual Children's Day makeover, the danger of the novel coronavirus pandemic was growing.

Indeed, the number of daily infections peaked nationwide at 743 on April 12th. Combined with the 50th Year Anniversary, these circumstances filled many KFC shopowners with a strong resolve imparting a much deeper meaning to the yearly custom.

Not only was it an opportunity for the shops to express their gratitude to the communities they serve, but it was also an opportunity to motivate and inspire, displaying a "fighting spirit" in the face of the pandemic.

Moreover, as we've introduced before, the Japanese tradition of displaying warrior dolls, or Gogatsu Ningyo, syncs up with this perfectly, since they are meant to be symbols of courage and power, embodying hopes for good fortune and protection from disease and evil.

The rest of the article can be viewed on our partner’s website, grape Japan at ”Japanese KFCs dress Col. Sanders in armor to show gratitude and resistance to COVID-19.“