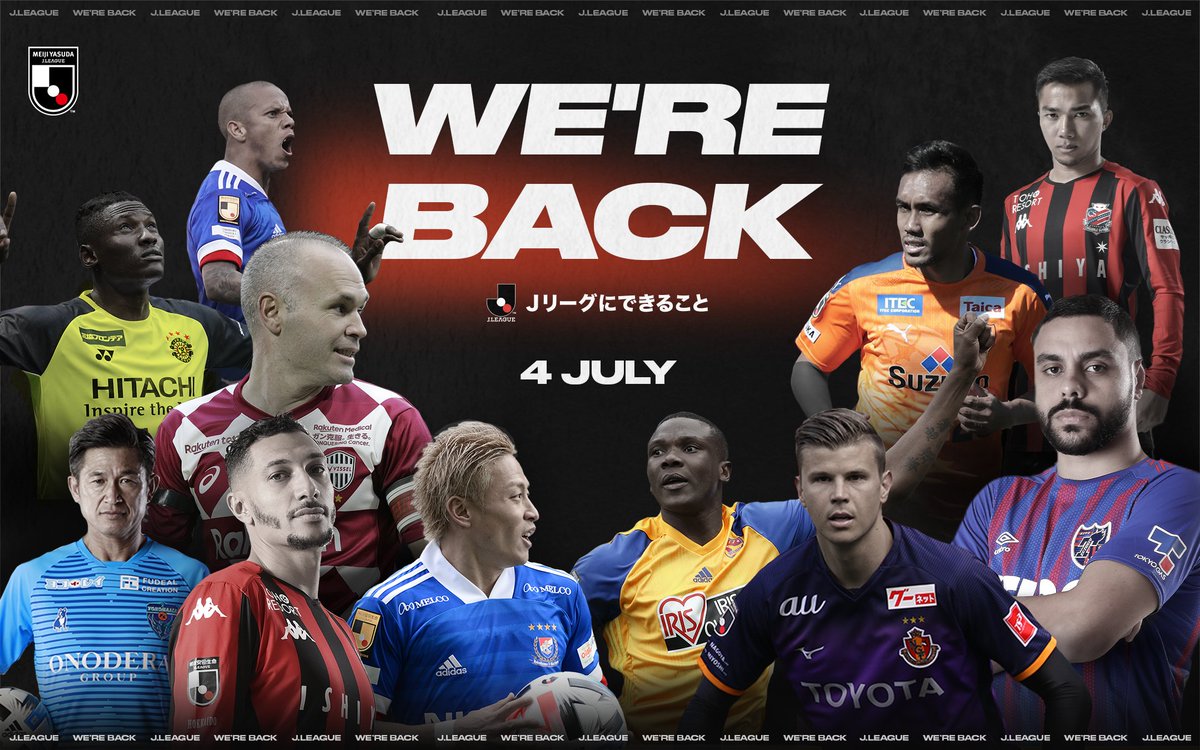 The J. League first-division season will start again on July 4, it was announced on Friday.

Due to the ongoing threat of COVID-19, despite the government lifting its state of emergency in all 47 prefectures, the J. League’s games are currently set to be played without spectators in the stands.

The J. League’s second and third divisions will start competing on June 27.

The entire slate of games will be rescheduled, according to a league-issued news release.

“The league will take priority to schedule matches featuring teams from the same geographical area as one safety measure to prevent infection,” the news release stated.

Furthermore, it said, additional schedule details will be revealed on June 15.

J. League Chairman Mitsuru Murai commented on the government’s decision to lift the state of emergency on Monday.

“To our fans and supporters,” Murai said in a statement, “today, the state of emergency has been fully lifted. I would like to sincerely thank all the fans and supporters across the country, who have been practicing ‘STAY AT HOME’ to prevent infection.

“Clubs are starting to resume their training by taking safety measures. While it is encouraging to see positive signs, we will continue to be cautious as we prepare plans to restart the league, putting the health of the people as the top priority.

“I hope everyone will continue to take measures to prevent infection and to protect your loved ones and hometowns.”

All together, there are 59 clubs in the J. League’s three divisions, including 22 in the second flight. (Three of the third division’s clubs operate as under-23 teams.)

Follow Ed on JAPAN Forward’s [Japan Sports Notebook] here on Sundays,  in [Odds and Evens] here during the week and Twitter, ＠itsjapanforward.