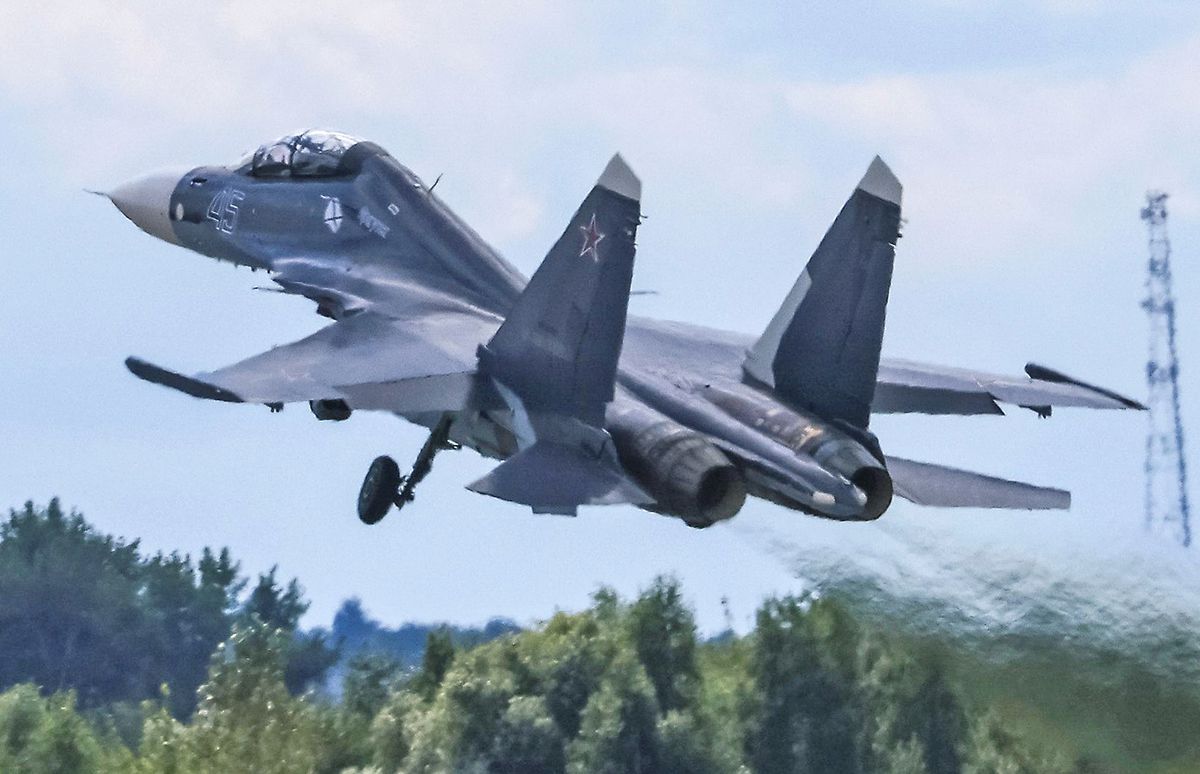 A Sukhoi Su-30 fighter is shown here taking off at the Moscow Air Show, July 2021 (Reuters)

The joint training was initially scheduled to take place in June 2020 and July 2021, but was postponed due to COVID-19. Taking China’s threat into consideration, the JASDF and India’s Air Force are hoping to conduct the joint training by the end of fiscal 2021.

By training with Su-30 fighter planes, pilots from both India and Japan will be able to sharpen their skills, and experience joint-training of the very highest level. To date, the JASDF has only taken part in fighter-plane training with the U.S., the U.K., and Australia.

The JASDF and India’s Air Force started training together in December 2018. The JASDF sent a transport plane and 20 troops from its base in Tottori Prefecture to a base in India, and undertook joint-training with Indian aircraft such as C17 transport planes.

In October 2019, the JASDF also sent a transport plane to a base in India, taking part in training there. With such joint-training sessions becoming routine, the next step was to progress to sessions involving fighter planes.

The pandemic caused postponement of the initial plan to conduct the joint-training in June 2020 in Ishikawa Prefecture, using JASDF F15 fighter jets. The Delta variant – which originated in India – forced yet another postponement of the next session, which was due to take place in July 2021 in Ishikawa Prefecture. Now the two parties are hoping to conduct the training by the end of fiscal 2021.

According to the Ministry of Defense, India’s Air Force possesses 263 Sukhoi Su-30 fighter planes and 61 MiG-29 planes produced in the former Soviet Union. It has also introduced 52 French fighter planes, but the joint training with the JASDF is expected to revolve around six Sukhoi Su-30 planes.

India is currently facing escalating tensions with China. Military clashes heated up along the border beginning in May 2020, and there have been fatalities.

The JASDF’s plan to undergo fighter-plane joint training with India’s Air Force is now public knowledge. This is a significant move considering China’s deployment of Sukhoi Su-30 fighter planes close to Japan in the airspace above the East China Sea.

The last time a Russian or Soviet- made plane was in Japanese territory was in 1976, when Lieutenant Viktor Belenko defected from the Soviet Union by flying in a MiG-25 to Hakodate Airport in Hokkaido.

Since that incident, no Soviet or Russian fighter plane has landed in Japan.

According to the Ministry of Defense, there has been no confirmation of a Russian Su-30 in the vicinity of Japanese airspace since such records began in 2006.

The Chinese Air Force possesses 97 Sukhoi Su-30 fighter planes, at least one of which was sighted in 2016 near the main island of Okinawa Prefecture. The following year, another one was sighted above the Sea of Japan.

The advantage of joint training with the Indian Air Force and its Sukhoi Su-30s is that the JASDF will develop an understanding of not only the characteristics of the aircraft in maneuverability, range and fuel consumption, but also JASDF pilots are expected to be able to board the cockpit as part of the exchange. As a result, the JASDF will be better equipped to understand how the Chinese and Russian air forces use the Sukhoi Su-30, which will help improve strategies for emergency situations involving such aircraft.

The JASDF has been slower than the other two divisions of the Self-Defense Forces to set up training opportunities with India, but is now deeping its cooperation.

The air defense training with India, which engages in multi- directional diplomacy, creates a value for the JASDF that is different from its training with the U.S. and Australia. At the same time, it reinforces Quad cooperation among Japan, India, Australia and the United States.