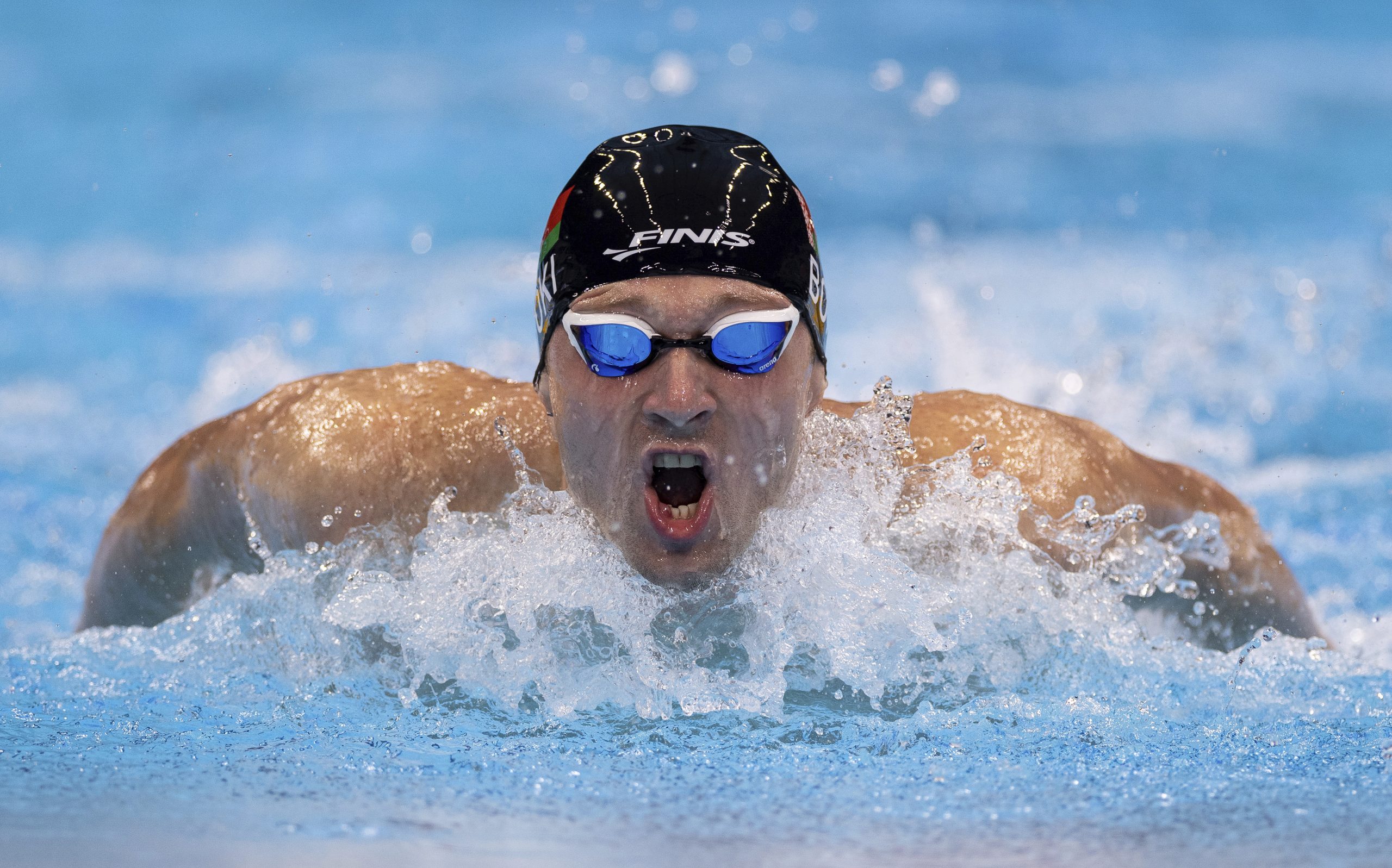 Blue eyes that almost seem to pierce you. Blond hair, and an almost angelic face, with an infectious smile.

Yet when he gets into the pool, Belarus’ Ihar Boki takes on a whole new energy, and is a stellar swimmer in the S/SB13 category at the Paralympics, dedicated to those who have a visual impairment.

Boki, who has a congenital visual impairment, was competing to see if he could repeat the historic feat he achieved in the Rio de Janeiro Paralympics in 2016, where he took home six gold medals and one bronze.

However, the Minsk native who started swimming when he was 6 at his mother’s encouragement, went on to reveal his determination, saying on August 30: “I am trying to improve it, so let’s see what I will be able to show here.”

In fact, the only time that the 27-year-old athlete missed getting on the podium in London was in the 100-meter breaststroke, where he came seventh. In Rio, his only bronze medal was in the same race.

It is not that he is short of successes already achieved in this edition of the Paralympics. In fact, his nickname, “The Beast,” seems well deserved.

On August 30, Boki scored his fifth gold medal of this edition of the Games, in the men’s 200 individual medley. He set a world record with a time of 2 minutes and 2.7 seconds, finishing a full seven seconds before the silver medalist, France’s Alex Portal. He had previously completed a full sweep of gold medals in the 50 freestyle, the 400 freestyle, the 100 backstroke and the 100 butterfly.

He also clocked Paralympic records in the 100-meter butterfly and 100 backstroke, with times of 53.80 seconds and 56.36 seconds, respectively.

There are moments at the Paralympics one forgets that the athletes on the screen have a disability, and this is the case with the Belarussian athlete.

In fact, his success in Rio winning a whopping six gold medals and one bronze (in breaststroke) made him the most decorated athlete in any sport across both the Olympics and Paralympics of that edition of the Games.

Four years earlier he had debuted in the 2012 London Games, winning five gold medals and one silver.

A Short Background in Para Swimming

Swimming is one of the sports present throughout all sixteen editions of the Games, since their first inception in Rome in 1960.

That first time, only 77 athletes from 15 countries, all with spinal injuries, competed in 62 medal events.

And with new categories, come new sets of adjustments for the athletes. In some categories of physical impairment, depending on the severity of the disability, athletes are allowed to start directly in the water without having to jump in.

In the visually impaired category, there can be either sound cues to signal the direction to swim, or tapping on the head to communicate the end of the pool.

In Tokyo 2020, a record 606 swimmers are competing in 146 medal events. The previous high number of 604 competitors was achieved in the London 2012 Games.