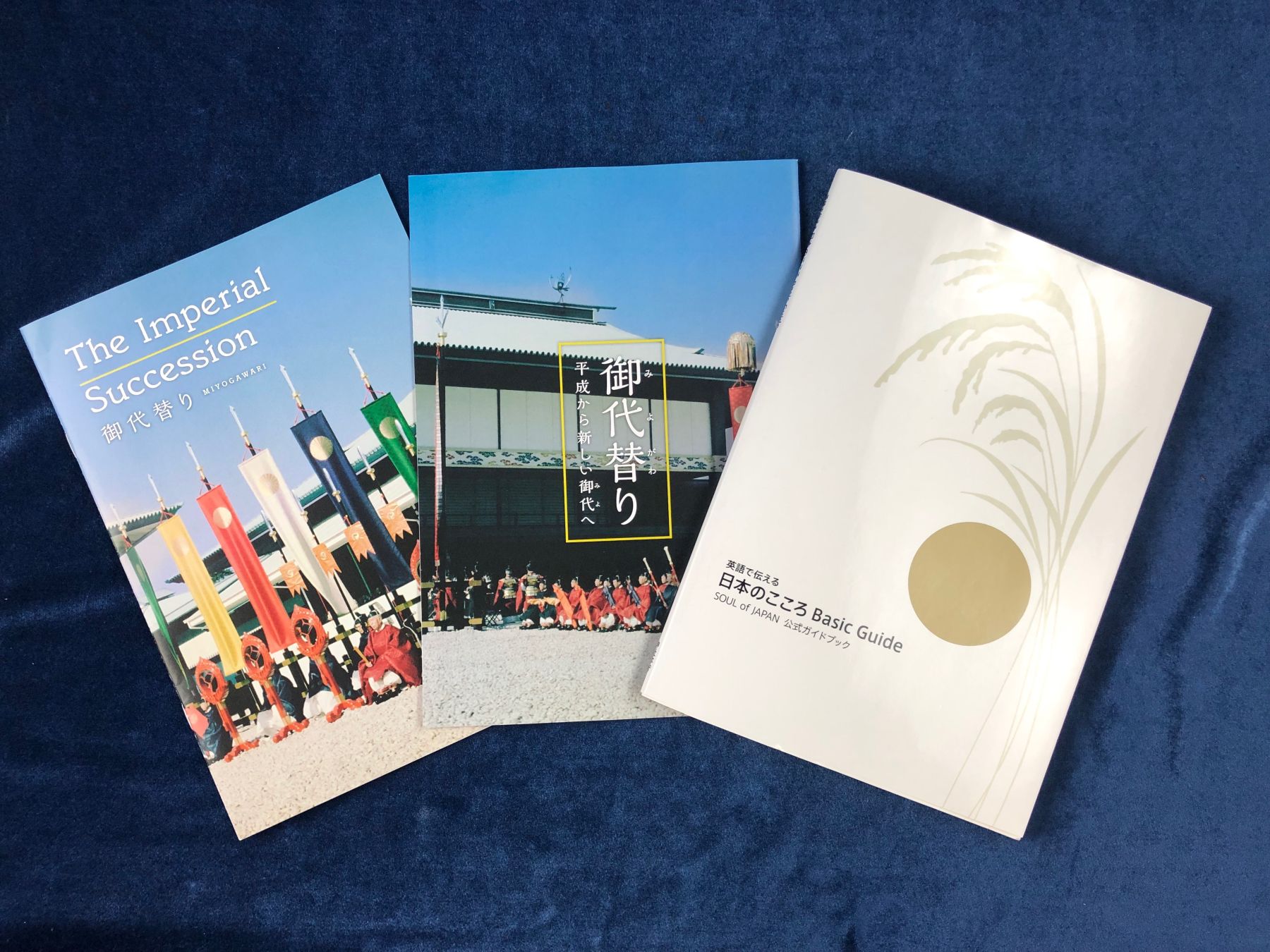 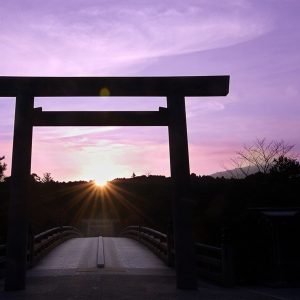 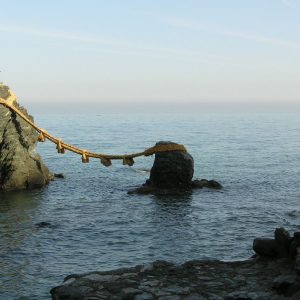 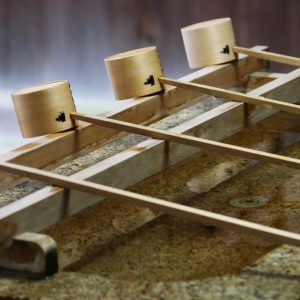 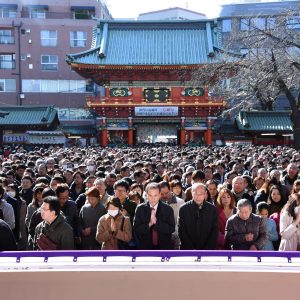 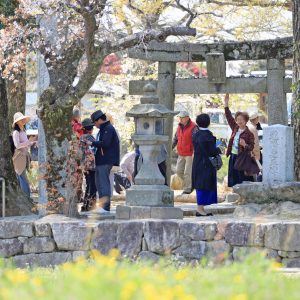 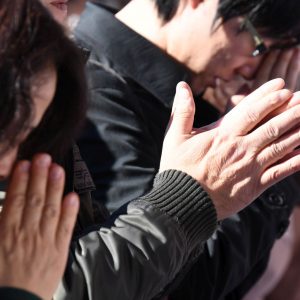 A recent booklet titled MIYOGAWARI takes on the range of rituals marking the changing of Japan’s era from Heisei to Reiwa. It aims to explain the Shinto rituals in layman’s terms and is now out in English.

Why do many Japanese visit Shinto shrines? What is the English term for sokui – a word we heard often in regard to the new Emperor Naruhito’s May 1 accession to the Chrysanthemum Throne? These and other questions are intelligibly addressed by as the booklet elucidates the life of Japanese in prayers since ancient times.

The booklet is a project of Jinja Honcho – the association of Shinto shrines, or jinja, across the country. First published in October 2018 under the title, The Imperial Succession–MIYOGAWARI, the English translation was completed in February this year and distributed to foreign embassies in Japan, major hotel chains and branch offices of Jinja Honcho throughout the country, and it is available on the organization’s website.

Among the topics the booklet takes on are the ceremonial and historical aspects of the opening months of the new Imperial era, which began on May 1 with the accession of the new emperor of the Chrysanthemum Throne, following the abdication of His Majesty, now Emperor Emeritus Akihito, on April 30.

It also provides a useful perspective on the series of Imperial ceremonies and related events that are scheduled leading up to the Daijosai – a group of grand thanksgiving rituals slated for November – which are performed by a new Emperor just once during his reign and mark his formal enthronement.

As the booklet puts it, “The ceremonies themselves have changed over the centuries, but the rites by which the Imperial status is passed on, with the Daijosai rites at their heart, continue to represent the spirit of Japan in the modern age.”

Through such Daijosai rituals as the ceremony for selecting sacred rice fields called saiden from two places across the country, and the later ceremony for marking the rice harvest there, we can learn the history of Japan’s rice cultivation culture that has been carried down from ancient times to the present day, according to MIYOGAWARI.

Observance of the annual thanksgiving rituals of the Niinamesai harvest festivals begin the year following the Daijosai, which is performed only once in each Emperor’s reign. The Emperor offers new rice and other crops to his ancestors in these annual rites, including Amaterasu Omikami, the goddess of the sun and one of the parent deities of the Imperial family, to express thanks to them.

History of Offerings in Congratulations upon Enthronement

The booklet also introduces the large variety of special offerings that were sent from across the country to the Imperial Palace in 1990 on the occasion of the Daijosai ceremony of the Heisei era. Such regional products as pineapples, tea, Kuroawabi mushrooms, dried hijiki seaweed from Okinawa Prefecture and other southern regions of Japan, and northern specialties such as konbu seaweed, dried salt salmon, Taisho Kintoki beans, danshaku potatoes and lily roots from Hokkaido, are representative of the congratulatory offerings from the public.

Also inserted into the English version of MIYOGAWARI are the impressions of many envoys from abroad about the enthronement ceremony of Emperor Akihito at the outset of the Heisei era, including King Wangchuk of Bhutan, King Baudouin of Belgium and his queen, and Prince Charles of the UK and Princess Diana.

Both the Japanese and English versions of the booklet are available at no charge on the Jinja Honcho website.

Meanwhile, another publication by Jinja Honcho, SOUL of JAPAN: An Introduction to Shinto and Ise Jingu, which can be downloaded from the same web site, has also earned popularity. Explaining jinja, or Shinto shrines, in English, SOUL of JAPAN has registered access by more than 3 million visitors per year since its release online in 2015.

This publication gives explanations in English about the place of prayers in the lives of people who lived in the Japanese archipelago in ancient times, part of which has been handed down to modern times. It refers to Japanese people’s prayers for peace and tranquility of life, and good harvests amid the severity of such natural disasters as earthquakes, windstorm and flood calamities and huge tsunami, in addition to accounts of the processes through which myths were created.

Asked why they thought to create the publication, Jinja Honcho officials in charge of editing SOUL of JAPAN said they had noted the increasing number of foreigners visiting Japan and felt like “coming out with a publication that can serve as a standard for English expressions about Shinto shrines.”

A Japanese version of SOUL of JAPAN with useful appendixes and two audio CDs attached has also been put on sale under the title Eigo de Tsutaeru Nihon no Kokoro (Mind of Japan to Be Conveyed through English) for ¥1,800 JPY, excluding tax. It includes 24 columns on such topics as “How to count the number of shrine-issued ofuda (paper charms) and omamori (amulets),” “The state capable of using legitimately the word ‘Imperial’ is limited to Japan,” and “Beware of the difference in pronunciation between ‘play’ and ‘pray’,” on top of a glossary of terms.

Although those supposed to buy the publication were Shinto priests and the like, in actuality there have been many sightseeing guides, shrine visitors and other ordinary citizens who purchase SOUL of JAPAN, according to its marketing agent, Yukoudo.

Yorio Fujimoto, an associate professor at Kokugakuin University who specializes in Shinto studies, helped explain the reason why the booklet’s appeal is so much broader than expected when he pointed out:

The booklet MIYOGAWARI will help the public figure out the significance of Shinto rituals through easy-to-understand explanations in detail about, for example, the difference between senso, the Emperor’s act of succeeding the Chrysanthemum Throne, and sokui (enthronement), the proclamation at home and abroad by the Emperor of his accession to the throne.

Eigo de Tsutaeru Nihon no Kokoro, too, is informative in intelligibly showing what the existence of the Emperor means and what significance Shinto shrines and worship of Shinto have. That the Emperor’s accession ceremony has been conducted and we can let it be known oversea is meaningful, especially because Japan is drawing attention from all over the world prior to the 2020 Tokyo Olympics and Paralympics.