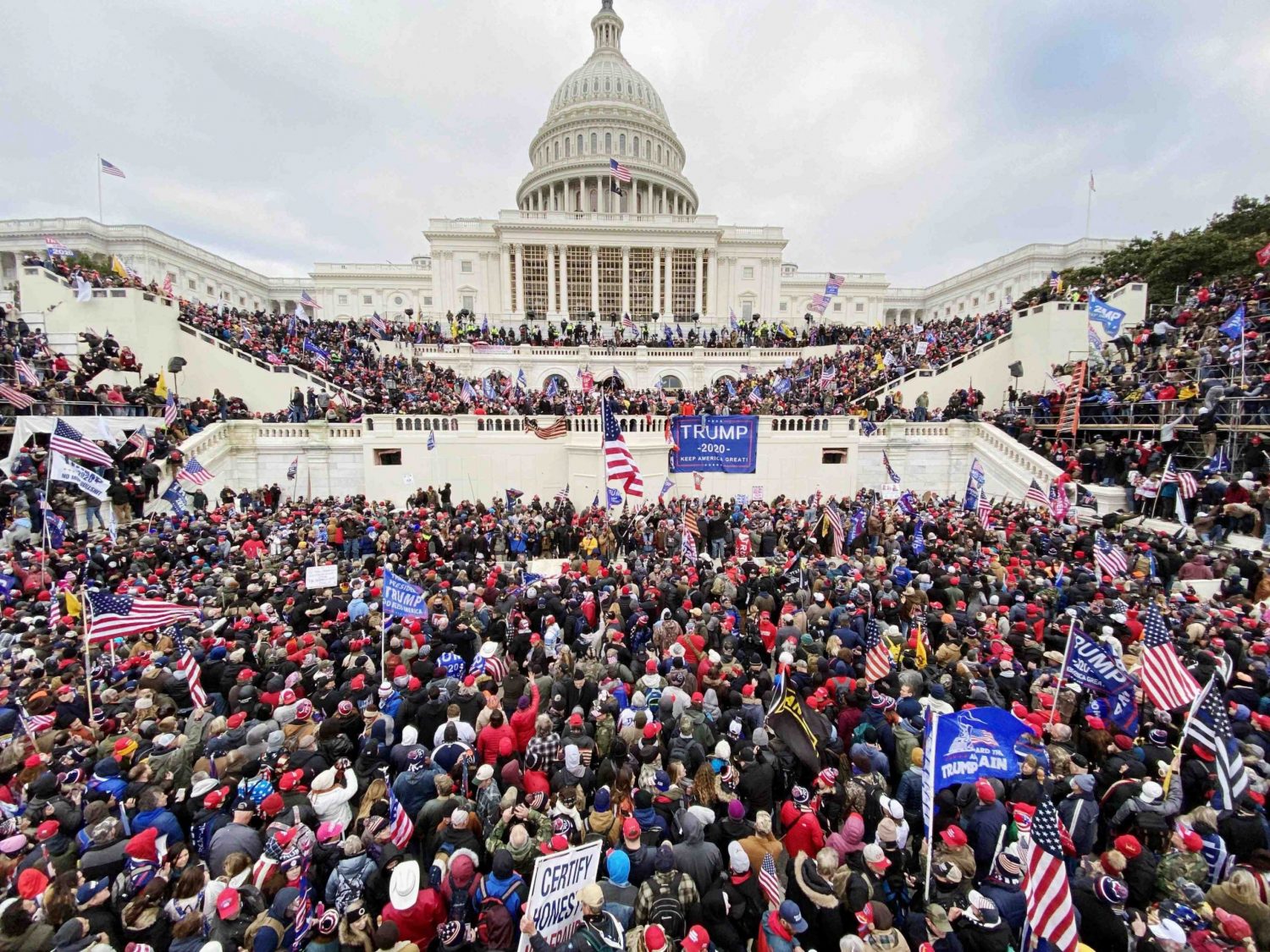 The storming of the United States Capitol by a mob of Trump supporters on January 6 has unleashed a cascade of dodgy comparisons. It was an attempted coup d’etat, we are told. A rerun of the Nazis’ beer cellar putsch in Munich. Even a contemporary version of Japan’s “2.26” incident on February 26, 1936, when rebellious troops assassinated several important government figures and held part of central Tokyo for three days.

British historian Richard Evans has debunked crass attempts to associate Trump with fascism without downplaying the seriousness of what happened and what it signified. For the breaching of America’s seat of government by a mob of “deplorables” is a fitting symbol of the political polarization that was widening long before Donald Trump decided to run for president and is visible in several other Western countries.

Reaching for comparisons is a natural impulse when people are confronted by shocking and confusing events. Perhaps in this case there is something to be learned from events in Japan’s not-so-distant past.

Japan today may seem like a placid, consensus-driven society, but it too has a history of political violence and bitter division. The Meiji Restoration of 1868 was preceded by what amounted to a civil war between different regions. Radical socialists plotted to kill Emperor Meiji in 1910, and radical rightists wreaked havoc in the 1920s and 1930s, to the extent that the political dispensation of the time has been termed “government by assassination.”

In 1950, the Japan Communist Party, under instructions from Stalin, began a program of terror attacks on police boxes and symbols of government authority. Hiroshi Teshighara, later to become a noted film director and head of the Sogetsu flower arranging school, was a JCP member at the time, and was arrested for his part in a plan to blow up the Ogouchi Dam, north of Tokyo.

Polarization peaked in 1960, with mass street protests against the amendment of the U.S.-Japan Security Treaty. In a foreshadowing of recent events, protestors charged into the Diet building, hoping to prevent ratification, and were finally repelled by riot police.

A female student at the prestigious Tokyo University died in the melee and became a symbolic victim of the struggle. Who knows — perhaps that will be the fate of the mother of four who was shot dead by a security guard at the Capitol.

Japan’s prime minister at the time was Nobusuke Kishi, who had been a member of General Tojo’s wartime cabinet. He was arrested during the American occupation as a war criminal, though never tried.

If that wasn’t enough to inflame matters, in order to get the vote through quickly, he chose to use a parliamentary device that was technically legal, but widely considered abusive — to the extent that some moderate members of his own Liberal Democratic Party (LDP) failed to back him. Having done the dirty work, the unpopular Kishi resigned, to be replaced by former ministry of finance bureaucrat Hayato Ikeda.

In the midst of the crisis, Kishi made the following comment: “There’s a lot of noise around the Diet Building, but in Ginza and the Korakuen baseball ground, everything is normal. I can hear the voices of people who have no voice.” It was a formulation that his grandson, would-be Prime Minister Shinzo Abe, was to use 60 years later.

Kishi’s intuitions were spot-on, but he was not the right person to turn them into policy.

Admittedly, socialist democrats had split from the largely Marxist Japan Socialist Party — probably with a little help from the Central Intelligence Agency — but it seems clear that the street mayhem, on a level that physically and metaphorically threatened Japan’s parliamentary democracy, was a massive turn-off to the voiceless majority.

Ikeda was ready with the positive proposition that would seal the deal — the “income-doubling plan” by which Japanese GDP was supposed to grow at a compound rate of 7% over 10 years. In the event, it grew at a rate of 10% over seven years, thus hitting the target three years early. Key points included reduction of income inequality, full employment, and large infrastructure projects, such as the bullet train network.

In 1964, Japan staged the Tokyo Olympics and joined the Organisation for Economic Co-operation and Development. And little-known start-ups like Honda and Sony were starting to make a splash on world markets. The left continued to attract intellectuals and artists, some of whose criticisms were valid and constructive, but it never posed a serious challenge to the dominance of the growth-oriented, pragmatic LDP of Hayato Ikeda.

In the Japanese idiom, “the season of politics” had given way to “the season of economics.” Ikeda’s political watchwords were “tolerance and perseverance” and “taking a low profile.”

The United States today has almost nothing in common with Japan in the 1960s apart from the fact of drastic polarization and, very likely, an increasing distaste for its violent consequences. Ikeda’s solution was to ignore ideology and run the economy as hot as possible. His successors learned the art of stealing their opponents’ strongest policies, as with the hot-button issue of pollution in the 1970s.

Biden, a centrist with appeal to voters who backed Trump in 2016, is one of the few American politicians capable of pulling off a similar feat. He will need an economic boom, perhaps driven by infrastructure projects, and will have to ensure that the fruits are shared more equally than has usually been the case in America.

Voters across the spectrum will be waiting to see whether he can cut the tech oligarchs down to size. Tolerance towards political opponents would be a welcome sign of confidence.

Even so, the disaffected radicals may not disappear. In Japan, there was a reprise of anti-American and anti-establishment sentiment in the late 1960s and early 1970s. It was considerably more extreme and violent, featuring murderous factional infighting and outrages such as the slaughter of tourists at Tel Aviv airport. By such tactics, the radical left delegitimized itself in the eyes of the Japanese public and degenerated into a cult. Hopefully, America will experience nothing similar.

The world, and particularly East Asia, needs a stable and outward-looking America. It is in everybody’s interest that the Biden presidency proves to be as successful as the stint in power of Hayato Ikeda.