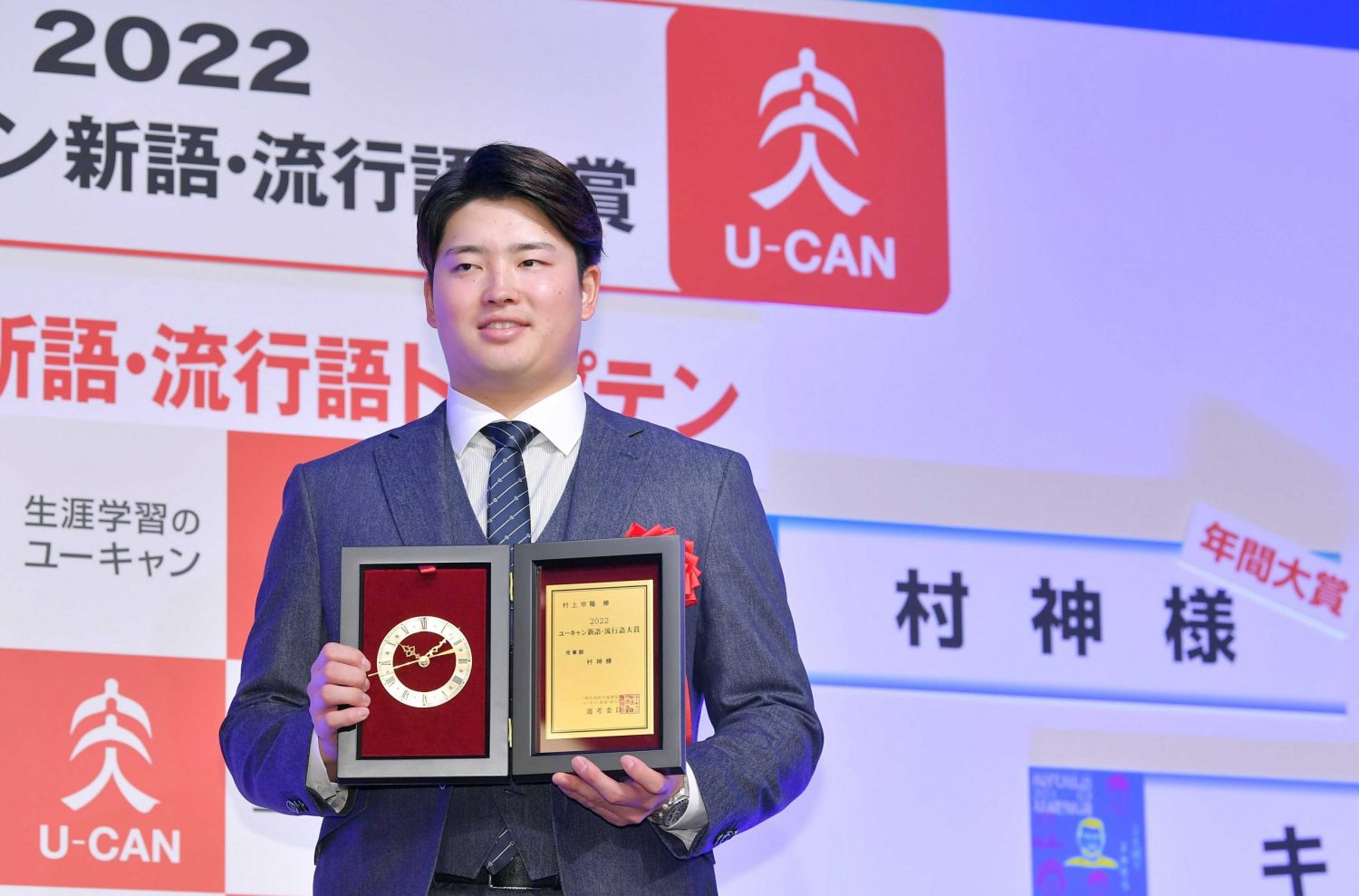 Baseball star Munetaka Murakami holds up a prize at an awards ceremony in Tokyo on December 1 after his nickname, "Murakami-sama," was named Japan's top buzzword for 2022. (ⒸSANKEI)

Tokyo Yakult Swallows slugger Munetaka Murakami topped many lists in Japanese professional baseball in the 2022 season on his way to becoming the Triple Crown winner.

And he did just that when his nickname "Murakami-sama" was selected as Japan's top buzzword for 2022 in the annual "U-Can Shingo Ryukogo Taisho" (U-Can New Word/Buzzword Awards).

The nickname is a play on the word "kami" (god) combined with the honorific suffix "-sama."

The big number was the 56 homers, which allowed the Kumamoto native to surpass the legendary Sadaharu Oh, who had held the single-season record for most homers by a Japan-born player (55) since 1964.

And "Murakami-sama" wasn't the only baseball buzzword to make the list.

The author is a longtime journalist in Japan who covered sports for over 25 years. You can find his articles here.