Kawazu Sakura Festival Canceled for the First Time in 30 Years 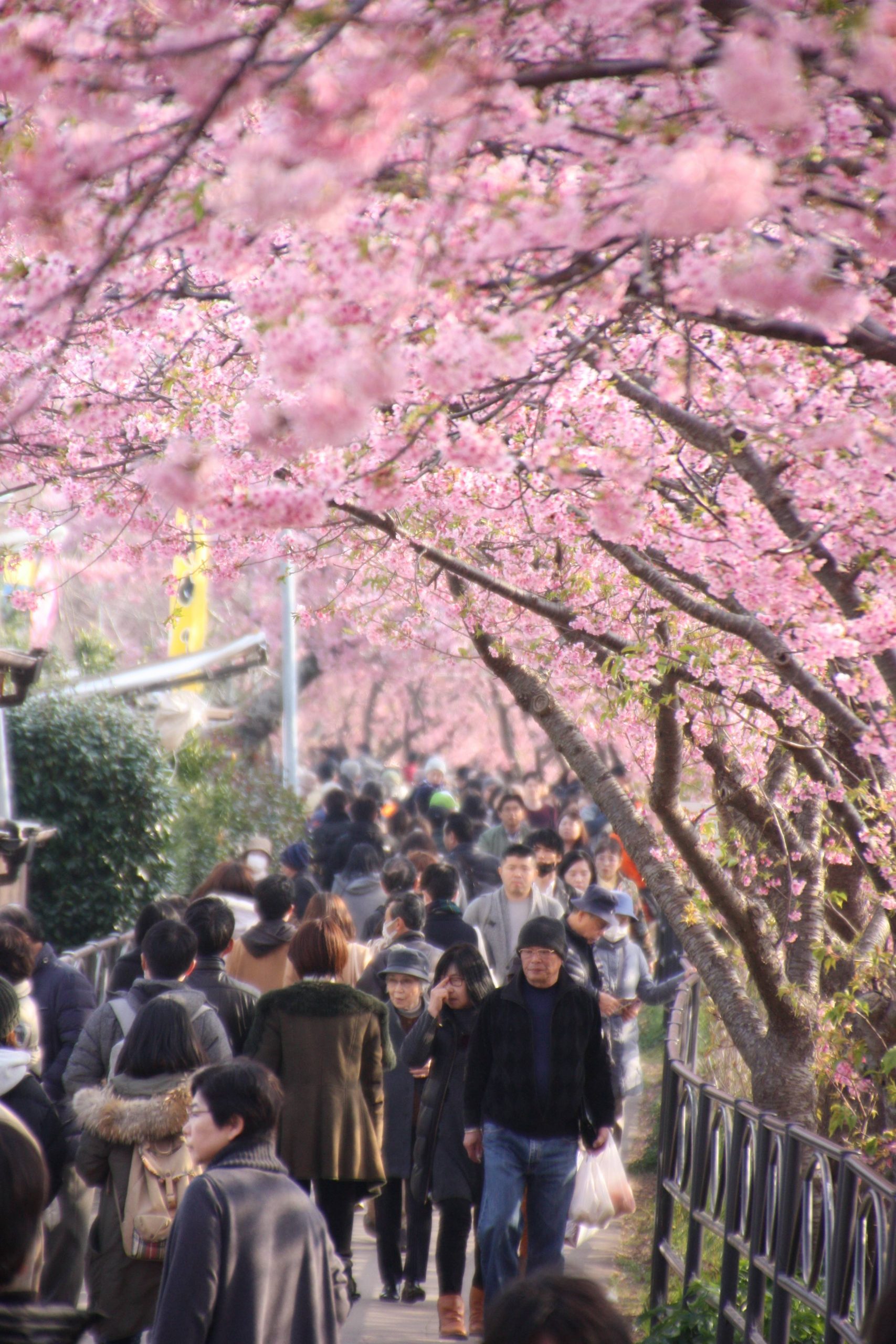 Clearly, 2021 is set to become a historic year. For the first time in 30 years, the Kawazu Cherry Blossom Festival in Shizuoka Prefecture has been canceled.

Organizers of the festival explained that it was a “painful decision,” but one that was inevitable, given that Japan had called a state of emergency covering several regions, including the neighboring capital, Tokyo.

The Kawazu Sakura Festival is a crown jewel of the Izu Peninsula, a region famous for its lovely beaches and natural hot springs.

The town of Kawazu in particular is known for the more than 850 sakura trees that line the river. In a regular year between February and March, more than 900,000 people visit the area to see the beautiful flowers.

The Kawazu variety of cherry blossoms blooms earlier than most of the trees in the nearby greater Tokyo area, and thereby provides an early way to appreciate the sakura season. In fact, it brings the region an estimated ¥21.2 billion JPY (approximately $204.3 million USD) in economic benefit on an average year.

This year, the festival was supposed to open on February 10. Instead, for the first time since its inception 30 years ago, it was canceled in its entirety, including the opening event and traditional nighttime light-up. Food stall owners were also dissuaded from setting up shop.

One shop owner, who had set up his stall on the riverside next to the sakura trees, was dismantling it when we visited Kawazu. He commented: “Either way, I don’t think there will be many people, and we might get infected as well. It’s really scary.”

In 2020, as the threat of the coronavirus began to be known both in Japan and abroad, the Kawazu Cherry Blossom Festival was significantly downsized. It became one of the last sakura celebrations of the year as events in the following months were canceled.

In 2021, however, there are fears that, despite the announcement of cancellation, some visitors might not be dissuaded from heading down to the city to admire the early blossoms.

A spokesperson for the Kawazu Town Promotion section explained to The Sankei Shimbun, “Even if the event is canceled, I’m afraid that people will still come.”

To make room for that possibility, the city is planning to set up health checkpoints where visitors’ temperature will be measured. To dissuade travelers, parking spaces will also be reduced compared to a regular year, but it’s still feared that there will be traffic jams.

A Few Festivals Will Go On

However, not all festivals in the area are cancelled. The Festival of Cherry Blossom and Rapa Flowers in Southern Izu will take place on a reduced scale from February 10. Between 200,000 and 300,000 visitors are welcomed in an average year. Although fewer people are expected to attend this year with portions of the event being canceled, the festival is still going ahead.

The Toi Sakura Matsuri, set to start on February 20 in the Izu Peninsula’s Matsubara Park, is also set to take place on a reduced scale, while implementing virus prevention measures.

Shizuoka was one of the areas in Japan where a handful of people were diagnosed with the COVID-19 variant from the United Kingdom, putting the prefecture under added pressure to contain the spread of the virus.

Reportedly the organizers of the Shizuoka Festival, which normally sees attendance of up to 100,000 people in the first part of April, will take a decision as to whether to hold the festival once the state of emergency covering the region is lifted. Currently, the restrictions are set to continue until February 7.