Ken Noguchi: Now is the Time to Plan and Prepare for a Mount Fuji Eruption 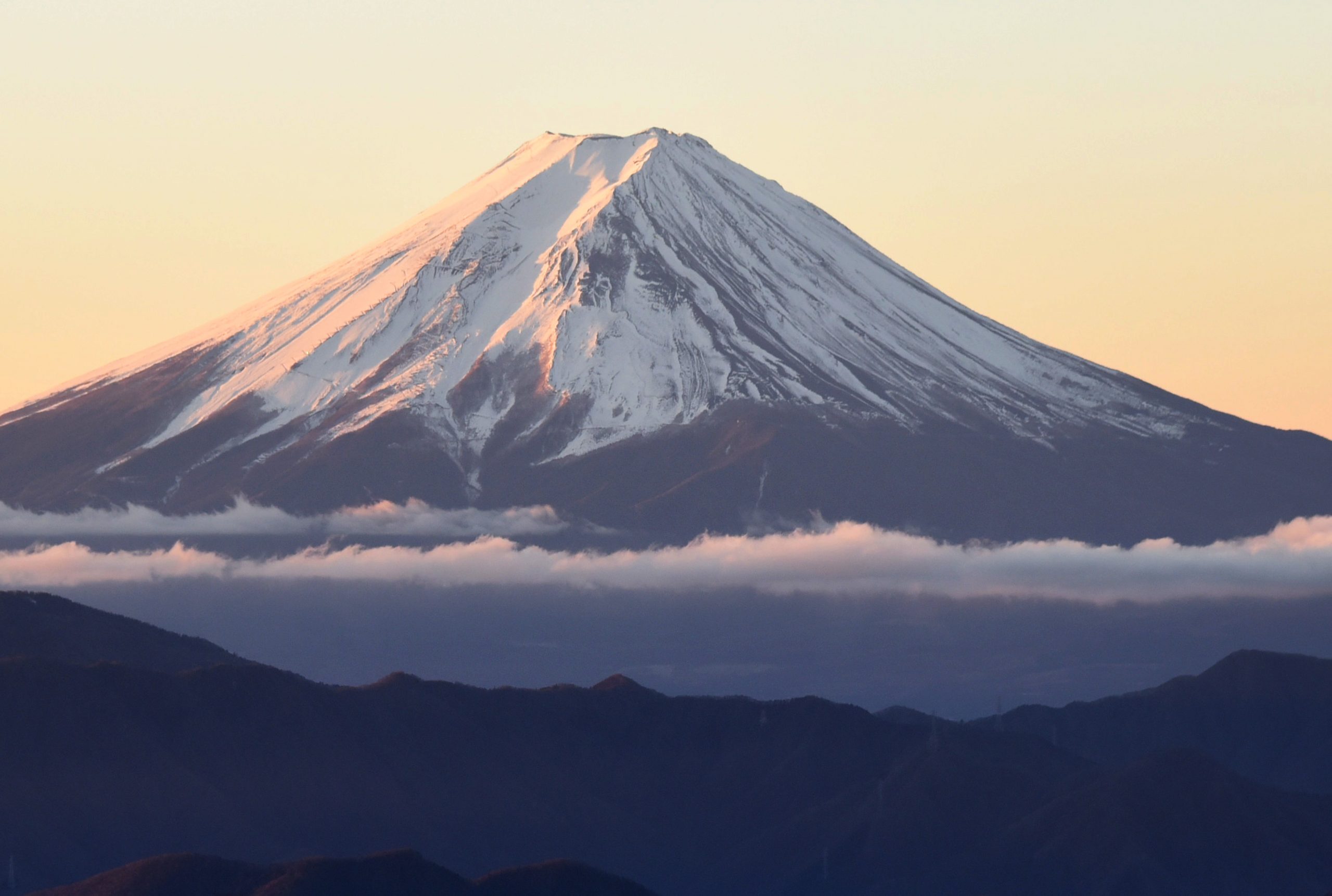 The first sunrise of the year at Mt. Fuji, early morning on January 1, 2019 (Shunsuke Sakamaki)

Writing about the eruption of Mount Fuji early in the 2022 New Year seemed to be a good idea, since the number of earthquakes has been increasing in its vicinity.

On January 3, an earthquake with a seismic intensity of more than 5 on the Japanese seismic scale (magnitude 6.1) occurred in the Ogasawara Islands, a remote island chain located off Tokyo.

Some experts believe that it may be a precursor to a giant earthquake off the Pacific coast of Japan along the Nankai Trough.

Every time I look at the magnificent view of Mt. Fuji,  I shudder to imagine what could be secretly progressing behind it. Yes, this beautiful Mt. Fuji is destined to erupt.

Specialists have raised the alarm that “Mt. Fuji has entered a standby phase for the first time in 300 years.”

The last eruption of Mt. Fuji was the one in the Hoei era in 1707. In fact, 49 days before that event, there was an earthquake of 8.6 magnitude along the Nankai Trough.

Many experts believe that the “Hoei earthquake” and the “Hoei eruption” are linked. There is a 70-80% probability of a major Nankai Trough earthquake within the next 30 years. If it overlaps with the eruption of Mt. Fuji, it will be the largest natural disaster since the country was founded.

In addition, experts have also noted that four days after the Mw 9.1 Great East Japan Earthquake of March 11, 2011, an earthquake measuring about Mw 6 occurred 14 km below Mount Fuji, causing cracks in the bedrock directly above the magma reservoir. As a result, people were jolted into thinking that Mt. Fuji has entered a state where it is easy to erupt. Some even said that it was a miracle that it didn’t erupt at that time.

Just imagine what would happen if volcanic ash from Mount Fuji crosses Tokyo and falls on the Boso Peninsula across Tokyo Bay in Chiba prefecture. The weight of volcanic ash raining down on rooftops would crush homes. The air filters of thermal power plants would become clogged and stop functioning.

Communication networks such as the Internet would also be damaged. Large-scale power outages would be inevitable.

Within two hours of an eruption, a pyroclastic flow consisting of a fast-moving current of hot lava and other volcanic matter would hit some of the residential areas at the foot of Mount Fuji. If the lava reaches the Pacific Ocean, the Shinkansen and national highway network would be disrupted. The compromised infrastructure would, in turn, cause a crisis in the food supply chain.

In order to reduce the damage to the extent possible, measures should be designed to ensure that infrastructure essential to the functioning of the nation of Japan does not fail.

The author is an alpine mountaineer and environmentalist. Born in Boston, USA in 1973 to a Japanese diplomat and his non-Japanese wife, Ken Noguchi lived in several countries while growing up. He is a graduate of Asia University. At the age of 25, Noguchi set a world record as the youngest climber at the time to scale the seven summits, the tallest peaks on each of the seven continents. He is prominently involved in a wide range of activities such as cleaning and climbing Mt. Everest and Mt. Fuji and initiatives to raise awareness of global warming. He is the author of several books, including Keep Climbing (登り続ける、ということ in Japanese, 2021, by Gakken Plus.)

(This article first appeared in The Sankei Shimbun on January 13, 2022. Read the article in Japanese at this link.)