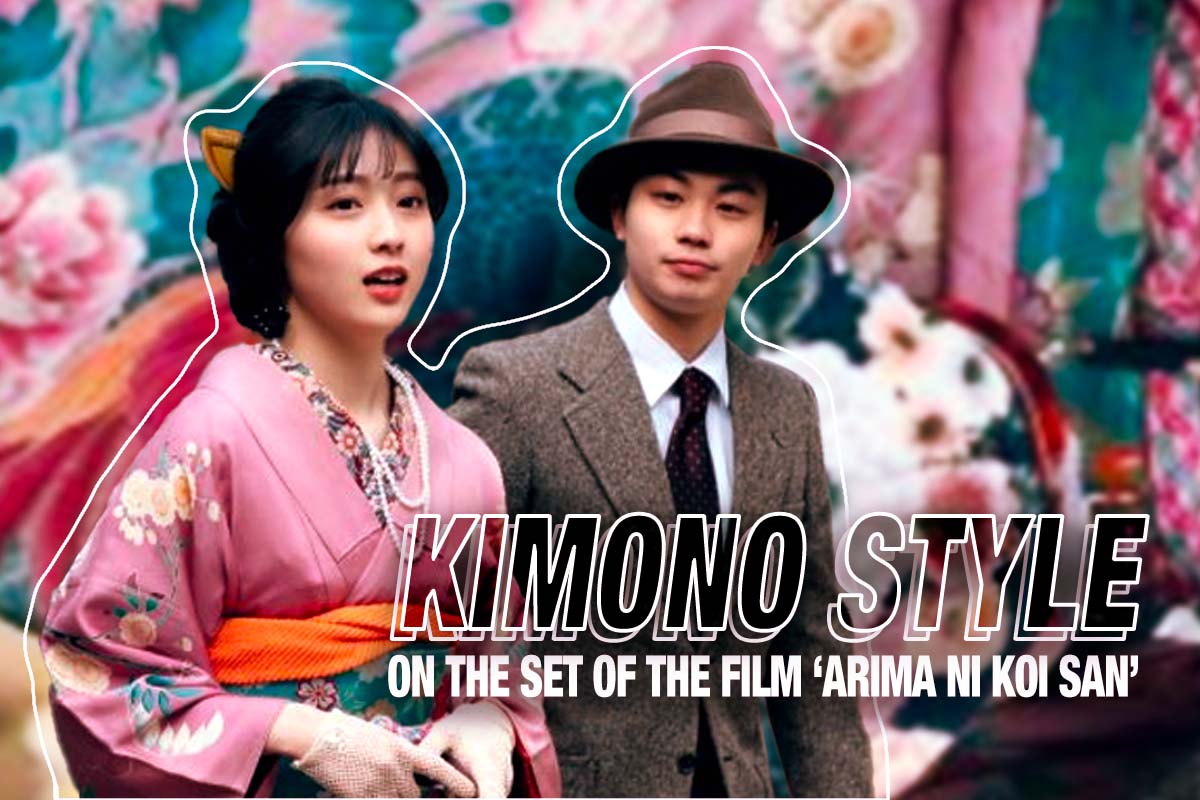 I had thought it was going to be a quiet start to the new year. Then I was approached by Kazushige Kanai and his wife Lamyaa, who are the 16th generation of a family running the Arima sanso Goshobessho (Inn) at the Arima Onsen hot spring resort in Kobe’s Kita ward, in Hyogo Prefecture. The resort is built on the land that was once a temple, and later became the site of the Meiji period Kiyomizu Hotel catering to non-Japanese.

Marei Takaki, who is from the nearby town of Nishinomiya, was chosen as the director of a project to make a promotional film for the tourist association. Kanai, as a member of the association, applied for and received sponsorship from the Ministry of Internal Affairs.

It’s an important project for the area’s tourist board, and for director Takaki. Short films totaling about 12 minutes will be produced, promoting Arima Onsen, probably the oldest hot spring resort in Japan.

Targeting a European audience, the films will show the resort area as a destination in the production of Hanshinkan Modernism, an art and cultural movement in the early 1900s to 1930s that grew up in the Kobe and Osaka region of Japan. From its inception, the movement reflected the influence of the thriving foreign community there, and its interaction with Japanese culture.

Director Takaki has a historical family connection with Paris, and has already produced one such film with the Ajavaa film production company.

Although Arima Onsen has a history of well over 1,000 years, many of the buildings were built in the Taisho (1912-1926) and early Showa (1926-1989) periods, when Arima was a popular getaway spot for wealthy and cultured Japanese, as well as non-Japanese seeking a break from busy lives nearby in Osaka and Kobe.

Despite the global economic depression of the 1920s and 1930s, the region around Kobe and Osaka was a buzzing community of an international nature, where Japanese and Westerners worked side by side and foreign influence was welcomed.

This led to the creation of Hanshinkan Modernism. It is seen in the architecture of Arima sanso Goshobessho and Hanakoyado ryokans, and other buildings around the town. They feature a mixture of Japanese and Western architecture, with wonderful woodwork, bookshelves and desks, some stained glass as well as shoji and beautiful lamps and lighting influenced by the art nouveau and art deco movements.

Legends and the Makioka Sisters

Arima onsen has appeared in many legends and stories. One of the most famous is Junichiro Tanizaki’s novel, The Makioka Sisters (Everyman’s Library Publisher, 1993). The Japanese title is Sasame Yuki, (a fine or light snowfall). It is easy to timeslip into the period of the story, the 1930s, because of the architectural environment.

Though I have previously done much kimono styling, most of it has been to please myself, or for fashion shows where I have chosen the theme.

This time my challenge was to try to evoke the world of Hanshinkan Modernism for the director, and specifically for the character Koi san, who is a modern girl in an old and aristocratic family. Though the family is no longer wealthy, they maintain pride in the standing that they once had.

I imagine that they would still have fine yuzen kimono in their closets, even though the cheaper stripes and meisen kimono had become popular among the common people. I tried to evoke the Makioka pride by using such a kimono, but also mixed the kimono with lace gloves, stylish bags and beads, and used a hat from Kobe’s Maxim hat maker.

Bringing the Story to Life on Film

A 6 AM start was expected, and all creases were steamed away before bed the night before. After dressing and make-up, the filming began. With camera and lighting crew it was not always possible to be close to the actors, but constant checking of the kimono, sleeves, hem, and beads is necessary.

Young actress Heima Rokka submitted herself to numerous hands for dressing and make-up, followed by several hours of filming in the freezing cold. Each scene was filmed repeatedly from different angles and with different lenses. The process was painstaking and required great attention to detail.

The team worked tirelessly, and everyone developed a rapport as the filming continued. However small the contribution, everyone had an important part to play in the production of the whole story.

Periodically there were rice balls and lunch boxes, but breaks were short. And no one complained when the clock went way beyond midnight as the dance scene was filmed.

At 6 AM on the second morning, I looked out of the window to see snow gently falling, which increased the feeling of being back in the world of the Makioka sisters.

The young staff worked with incredible concentration, taking and retaking scenes multiple times until a shot was satisfactory. Often this involved stopping traffic and pedestrians, and could take over an hour for a couple of seconds of film. The dressing and make-up crew were on constant standby. A day on the set finished when the scheduled scenes were finished, and not when the clock said five or six.

Now I am excitedly anticipating the finished production, and am proud to have been a part of this project.

On my journey back from Arima, my head foggy with tiredness but also filled with excitement about the discovery of all the artwork and culture I had experienced and learned about, I got a short message from the young actress, Heima. It said ‘Thank you for letting me use your kimono. I discovered the most beautiful me I have ever seen wearing them’. It filled me with happiness.