There used to be almost 400 dyers of beautiful Japanese kimono fabrics in the Tokyo Hand Dyed Yuzen Guild (Tokyo To Kougei Senshoku Kyodo Kumiai). Now, there are just over 40, and the average age is above that when most people are thinking of retiring and enjoying an easy life.

One of them is Tanabe Keiko, the celebrated Yuzen dyeing master who also counts among the few women in the guild. 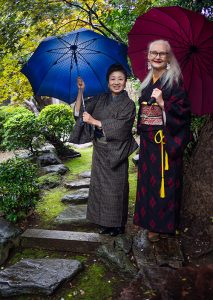 Tanabe is the longest serving woman member of the Tokyo guild. And she is being honored in the Tanabe Keiko’s 50th Anniversary Celebration show, hosted by Tantoku Teien in Kawagoe City, Saitama Prefecture. For those interested in Japanese fabrics, design and traditional crafts, this is a show worthy of a visit.

Now a registered traditional craftsman of Japan and of Tokyo, Tanabe started working in her craft in 1970. In order to qualify for these organizations, though, one has to have been active for 20 years in the field, be introduced and tested, and also undertake to help continue to teach the craft to the next generation. Taking her responsibility as a Yuzen master seriously, Tanabe can often be found teaching classes and volunteering in elementary schools and other places, demonstrating the skills of the yuzen dyer and opening workshops.

The Long Road to Mastering Yuzen 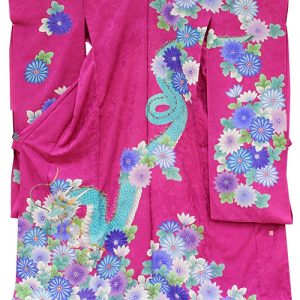 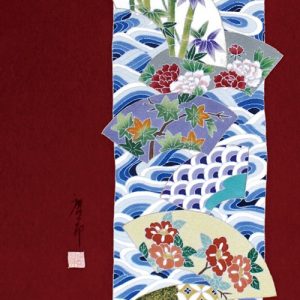 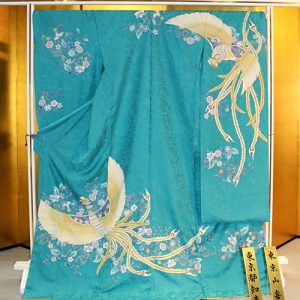 The yuzen dyeing craft in Tokyo is structured a little differently from the workshops in Kyoto and Kanazawa, which are cities also famous for yuzen dyeing. Outside of Tokyo, these workshops tend to be larger, and the work is divided between designers, pasters, painters and so on. Generally, these craftspeople specialize in one particular stage of the dyeing process.

There are fewer dyers in Tokyo, and most work individually doing each stage of the process themselves. This gives a more unified artistic aspect, and there is more variety between different artisans. However, it also means they must be skilled at each process. After the yuzen dyeing is finished, the kimono sometimes have embroidery added by a professional embroiderers, and are sent to be sewn up.

It was not an easy journey for Tanabe, as a woman, in a man’s field. When she became an apprentice, as a woman she was not expected to live-in the workshop complex. Instead, she was expected to arrive early, finish late and do many chores, shopping, tea making and cleaning up, as well as her studies.

For the first few months she just sat next to more senior apprentices and watched them. Then she was finally given a brush and some newspaper and drew horizontal and vertical strokes and circles until the newspaper was black. Later she was allowed to work on her master’s pieces, and made her own kimono on the side. It took over 20 years before she was able to launch out under her own name.

Since then Tanabe has regularly taken prizes in the annual group shows. She was the first woman to be awarded the grand prize, and she has also received the Lord Mayor of Tokyo’s prize and several other awards. In 2019 she received the award of Meister of the City of Tokyo for her contribution to the field of yuzen dyeing.

In this time when many dyers do not have enough work or are giving up their craft, Tanabe continues to have many customers and students. She is regularly asked to make furisode for Coming-of-Age ceremonies and has recently completed a geisha’s hikizuri, a specially long kimono designed for geisha to dance in. 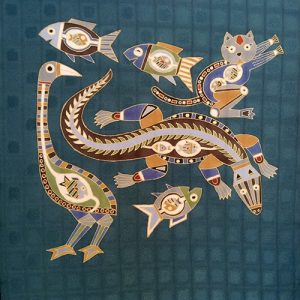 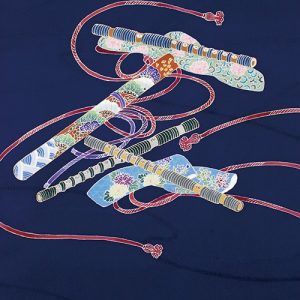 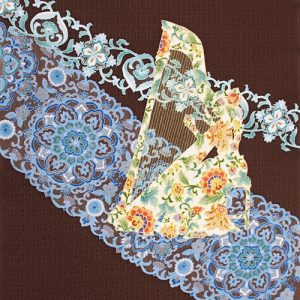 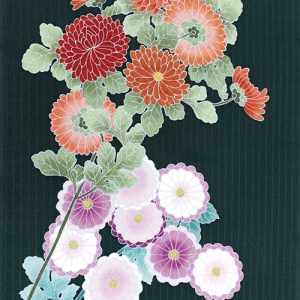 I asked her what her secret was.

She says that she is not bound by tradition or the old designs. She is happy to try anything new and really wants to make something that will satisfy her customers and make them beautiful and happy.

Tanabe has been asked to make some interesting designs over the yearsーpandas, an ox, ferrets, dragons and cats, ballerinas, and an Olympic obi. She will literally try anything. She really enjoyed making an obi for me. I had long admired her Japanese ghost (yokai) obi, and so she made me one. I can be spotted on the obi carrying a large daikon. (I once gave her one I had grown). 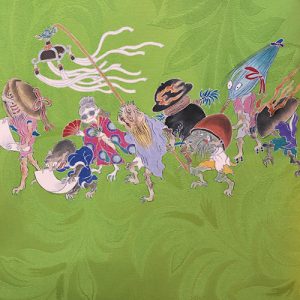 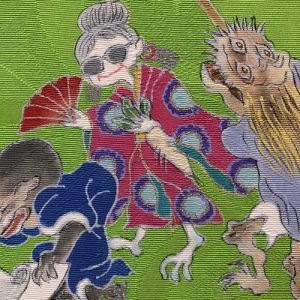 Her combination of a high level of artistic skills, her willingness to try anything new, and her cheerful and friendly disposition mean that she has plenty of fans and work to do, and she can continue to produce beautiful kimono for people.

Broadening the Appeal Beyond Japan 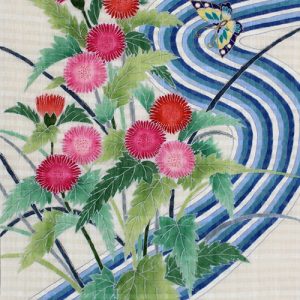 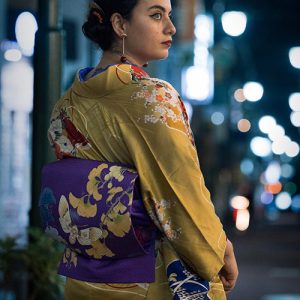 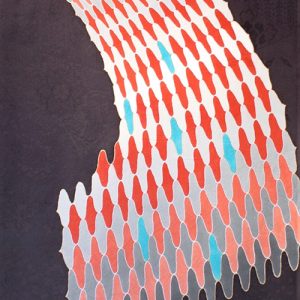 Tanabe now has an interesting student, too. Nichole Fiorentino @nfkimono is a kimono fan from Ecuador. She taught herself how to dress in kimono before coming to Japan and is now here as a scholarship student. She previously worked in graphic design, has a good eye, and is artistically skilled.

In spite of not sharing a common language, Tanabe has taught Fiorentino the principles of yuzen, and Fiorentino is combining the flowers from Japanese designs with insects and other creatures which are found in Ecuador. She is using her unique sense of color to produce beautiful exotic looking yuzen obi.

Tanabe and Fiorentino are proof that communication is a matter of the heart. Fiorentino’s obi can also be seen at the 50th year Celebration show. The show runs from November 5th to the 9th, and Tantoku Teien is a beautiful house and garden built in the Meiji and Taisho periods which provides the perfect background to display such a beautiful show. 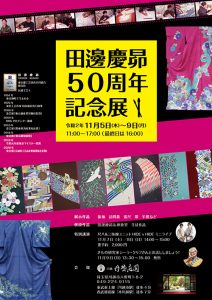