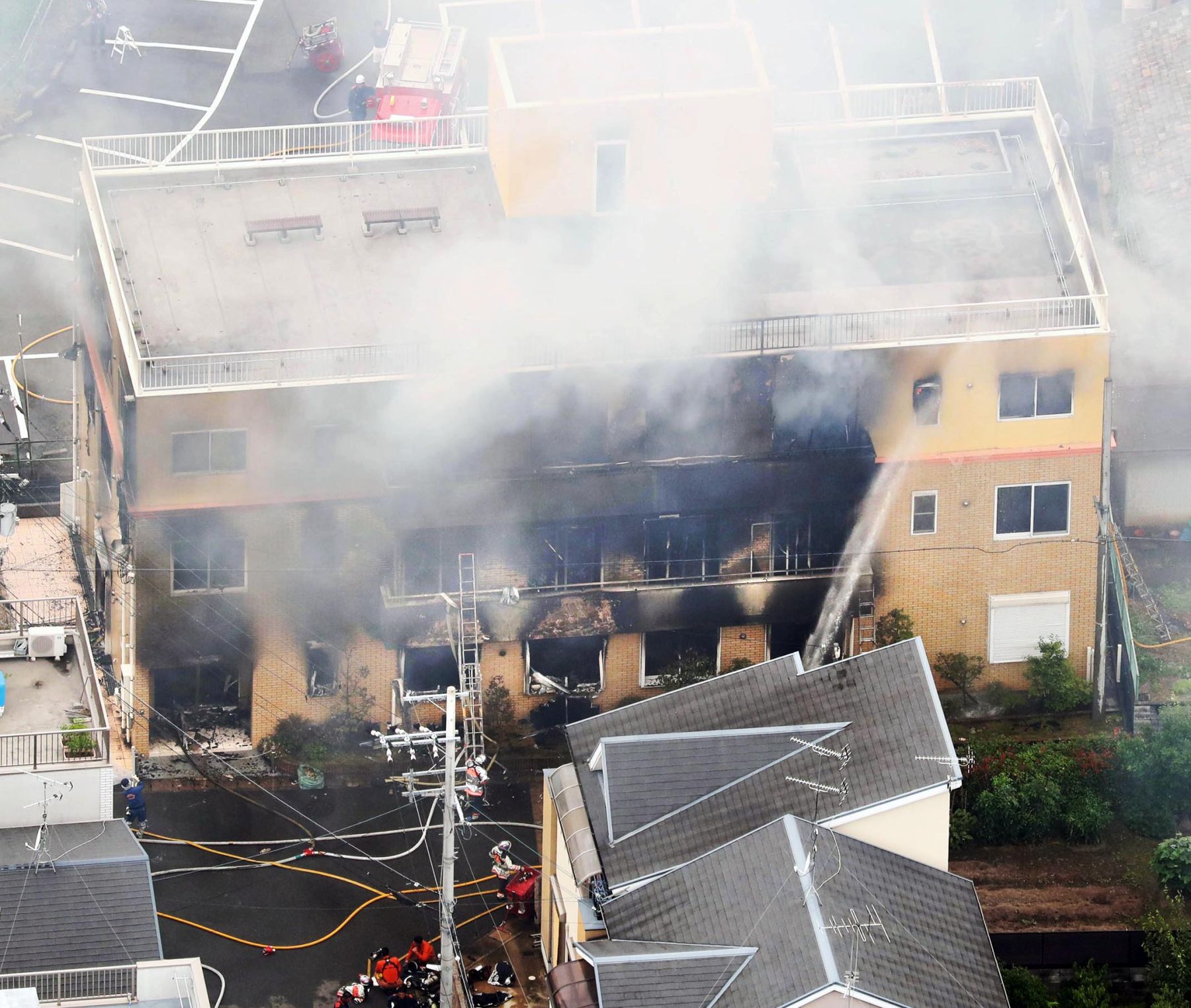 In the days after the tragic arson-homicide incident on July 18th which claimed 34 lives, injured 34 and destroyed Kyoto Animation’s Studio One Building, messages of sympathy and support have poured in from around the world.

News helicopter footage in the early moments of the blaze,

International fans and well-wishers have also expressed their support in the form of financial donations to help the beloved anime studio to heal:

Outside of Japan, Sentai Filmworks, the company responsible for the distribution of Kyoto Animation products in the US, launched an emergency crowdfunding campaign which has already raised over $2.1 million at the time of writing.

Within Japan, anime and manga goods retailer animate set up donation boxes in many of their stores, which filled up very quickly.

At the same time, there were also voices of concern on social media about “unofficial” donation channels.

The rest of the article can be viewed on our partner’s website, grape Japan at ”Kyoto Animation Announces Its Official Bank Account to Accept Donations.“