Kyoto: The City of Tradition and Reform Is Ready for the World 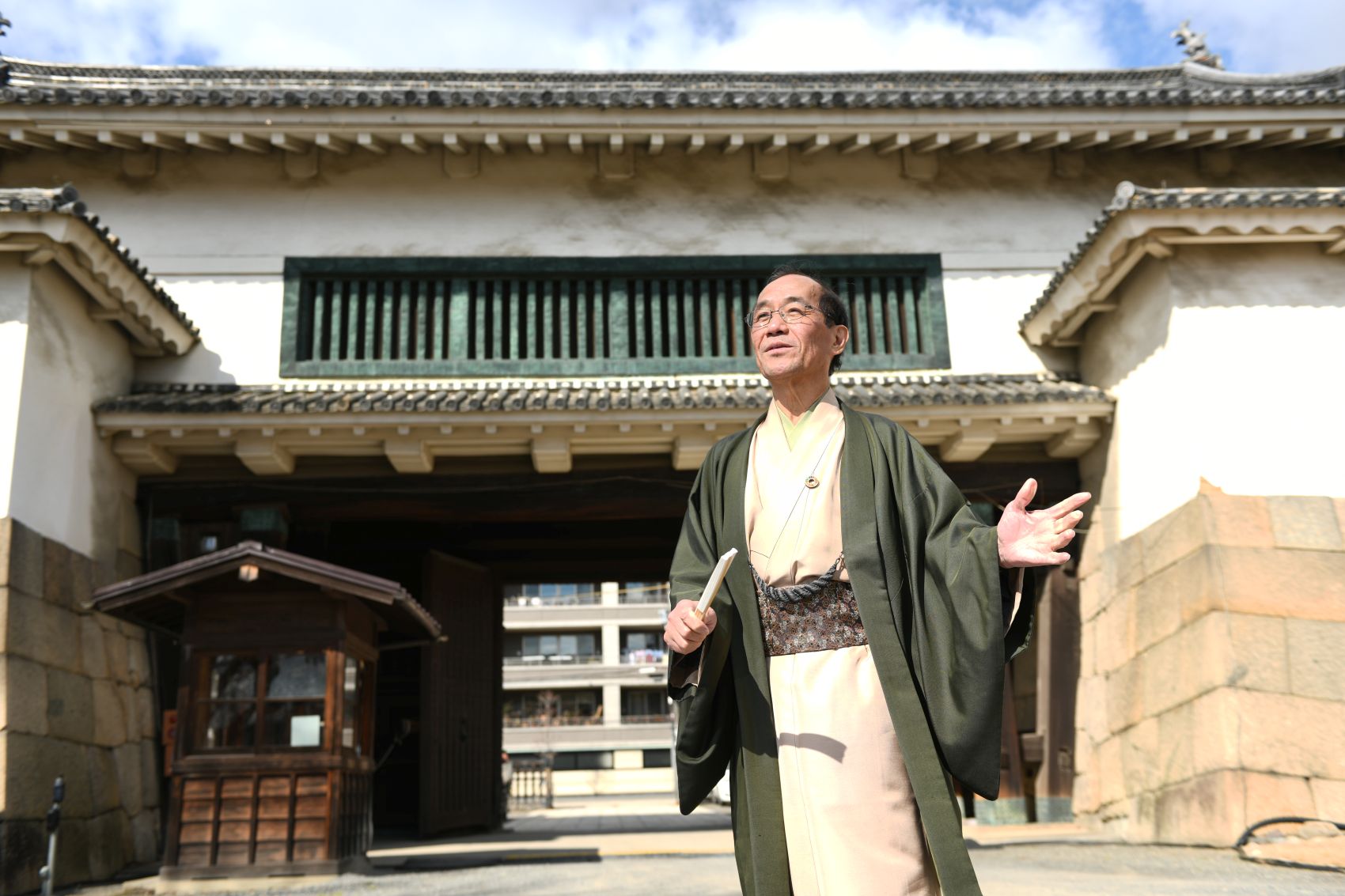 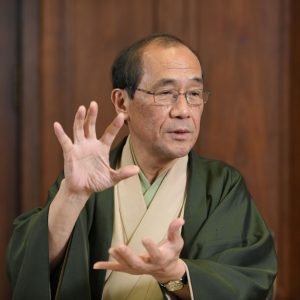 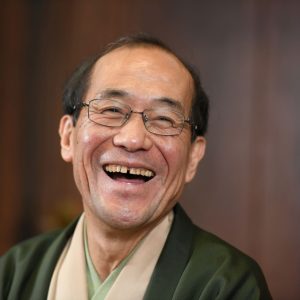 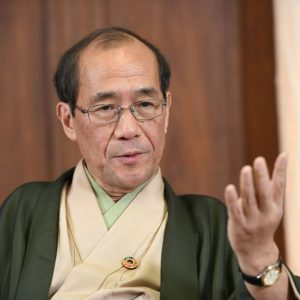 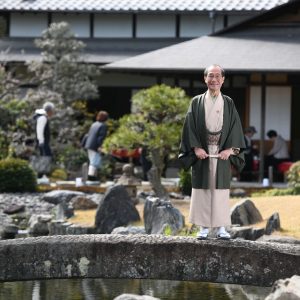 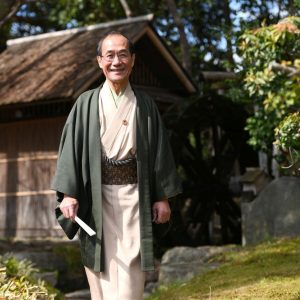 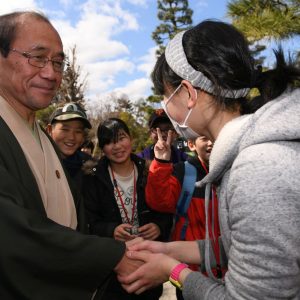 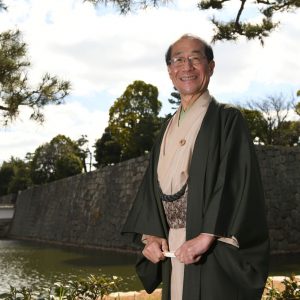 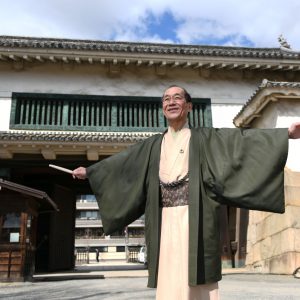 Kyoto has a global reputation as the heart of traditional Japanese culture. What has allowed to be progressive even while preserving its character as a traditional city? Daisaku Kadokawa, the city’s long-serving mayor, speaks of the local ethos that has made this possible. In an exclusive interview with The Sankei Shimbun/JAPAN Forward on March 8, he emphasizes how this very tradition has nurtured Kyoto’s “continuous reform.”

Many people from around the world come to visit Kyoto. What would you like them to see in your city?

I want them to experience the diversity and multi-layered nature of our town. Kyoto has always been eager to adopt good things from around the world in order to fashion its own distinctive culture.

Take cuisine, for example. Not only does Kyoto have great Japanese restaurants, to my mind it can also boast of some of the finest Chinese cuisine in the world. Then there are our French, Italian, Vietnamese, and Indian restaurants. All of these have incorporated various local vegetables and dashi soup stock to give them a Japanese accent.

As for Kyoto’s multi-strata culture, just strolling around town you can feel our millennium of history. I believe Kyoto represents a rare instance of city with a population of over one million that has preserved its functions and culture as an urban metropolis and center of crafts production for more than a thousand years without interruption.

The city of Kyoto likes to say that it is not a “tourist city.” What exactly do you mean by that?

Those very things that are so highly praised by tourists, such as our temples and shrines, our beautiful nature, our stunning landscapes and culture, were by no means created for the sake of tourism. Kyoto manages to convey the essence of the Japanese soul to visitors, including lifestyle aesthetics and way of living, even within a big city. I think that’s why we really win such high marks from tourists.

For example, the five goals incorporated in the Kyoto City Charter adopted 60 years ago are mentioned in a song we often sang as children. In it we vowed as citizens of Kyoto to build a beautiful city, with a clean environment, exhibiting good customs and manners, treasuring its cultural assets, and extending a warm welcome to travelers.

Unless we remain committed to such goals, we will not be able to achieve a sustainable community. They are by no means solely for the sake of tourism. I think we need to make our priorities crystal clear.

Regarding sustainability, what are your thoughts concerning the Sustainable Development Goals (SDGs) adopted by the United Nations in 2015?

Kyoto was working for these things long before the expression “SDGs” became widely adopted.

For example, after the Meiji Restoration in 1868, even after the population of the city declined from 340,000 to only 230,000, we established the first modern primary school in Japan. Citizens pooled their resources to set up this school where local children could study together on an equal basis.

In this regard, I would note that, although Kyoto can be proud of its more than 1,200-year-long resplendent history, in premodern eras there were many social constraints that bred prejudice and discrimination. Therefore, I believe the establishment of this school was a revolutionary step.

Kyoto also was the first city to establish a school for deaf children. Likewise, the first arts college in Japan opened its doors here in 1880. And it was coed.

In terms of education, human rights and gender equality, Kyoto has been a trailblazer in Japanese history.

Being an ancient city, where do Kyoto’s progressiveness and innovative ways of thinking emanate from?

Kyoto has never been an “ancient city,” if by that you mean stagnant in its ways. Tradition and reform have always moved in tandem and alternated with each other. Tradition alone is insufficient.

We Kyotoites have always meticulously observed from where our traditions arose, and then carefully reappraised them in terms of the present as we moved forward. That is how we have managed to link the past with the future.

I believe that this intuitive ability is something inherent in the mindset of the community and individual Kyotoites.

There is a mistaken belief that a person’s family must have lived in Kyoto for at least three generations before he or she can be called a true “Kyotoite.” But that’s completely wrong. Throughout our history, Kyoto has embraced outsiders into our community. We have welcomed new blood. That was true around 1,200 years ago when the wisdom of immigrants from the Asian mainland (mainly China and the Korean Peninsula) contributed in the building of the city of Heiankyo, as Kyoto was then called.

Moreover, it’s an interesting fact that, although nearly all metropolitan centers in history were walled cities, ancient Kyoto lacked walls.

When it comes to making things, is it true that Kyoto has given the world quite a few cutting-edge companies?

Yes, that’s true. Although there are many “culture cities” or “tourist cities,” it is rare for one of them to also have a high concentration of cutting-edge enterprises and function as a venture business hub. We especially see a lot of companies these days wanting to make it in Kyoto.

Shimadzu Corporation, which started as a traditional manufacturer of altars and other Buddhist paraphernalia, has evolved into a leading manufacturer of medical devices. Nintendo, which in the past specialized in making handmade playing cards for the traditional game hanafuda, has transformed itself into one of the world’s leading computer game makers. Kyoto’s hi-tech companies like these often are based on innovation by traditional industries.

What does the future hold for Kyoto?

Our appearance will be improved and protected, for example. We have been pursuing a program to remove or make less obtrusive more than 30,000 signs over a 10-year period. A decade ago we bolstered the municipal framework for regulations governing the designs and heights of new buildings.

Let me be so bold to say that the ultimate intent of such measures is to ensure that we do not become a smaller version of Tokyo. Even if we get into financial straits, we are determined not to become a downsized version of Tokyo.

Let me hasten to add that Tokyo is a magnificent city. But there are other cities like Tokyo throughout the world. I want to see Kyoto be a city that learns truths from its previous thousand years of history, while still being a city that looks forward towards the next thousand years.

Nowadays in Japan, it is hard for real culture to make money. However, I believe that things will change in this respect in the days to come.

Kyoto as a city is destined to develop through ties not only to other parts of Japan, but the entire world, and especially Asia. I firmly believe that our greatest imperatives should be sustainability as a community and the pursuit of world peace.

DAISAKU KADOKAWA was born in Kyoto in November 1950. A graduate of the evening program of the Faculty of Law at Ritsumeikan University, he served as division manager of the general affairs division of the Office of the Kyoto City Board of Education, as education director of the Kyoto City Board of Education, and in other posts before becoming mayor of Kyoto City in February 2008. He is now serving his third term as mayor. Mayor Kadokawa has a wife, three sons, and a daughter.