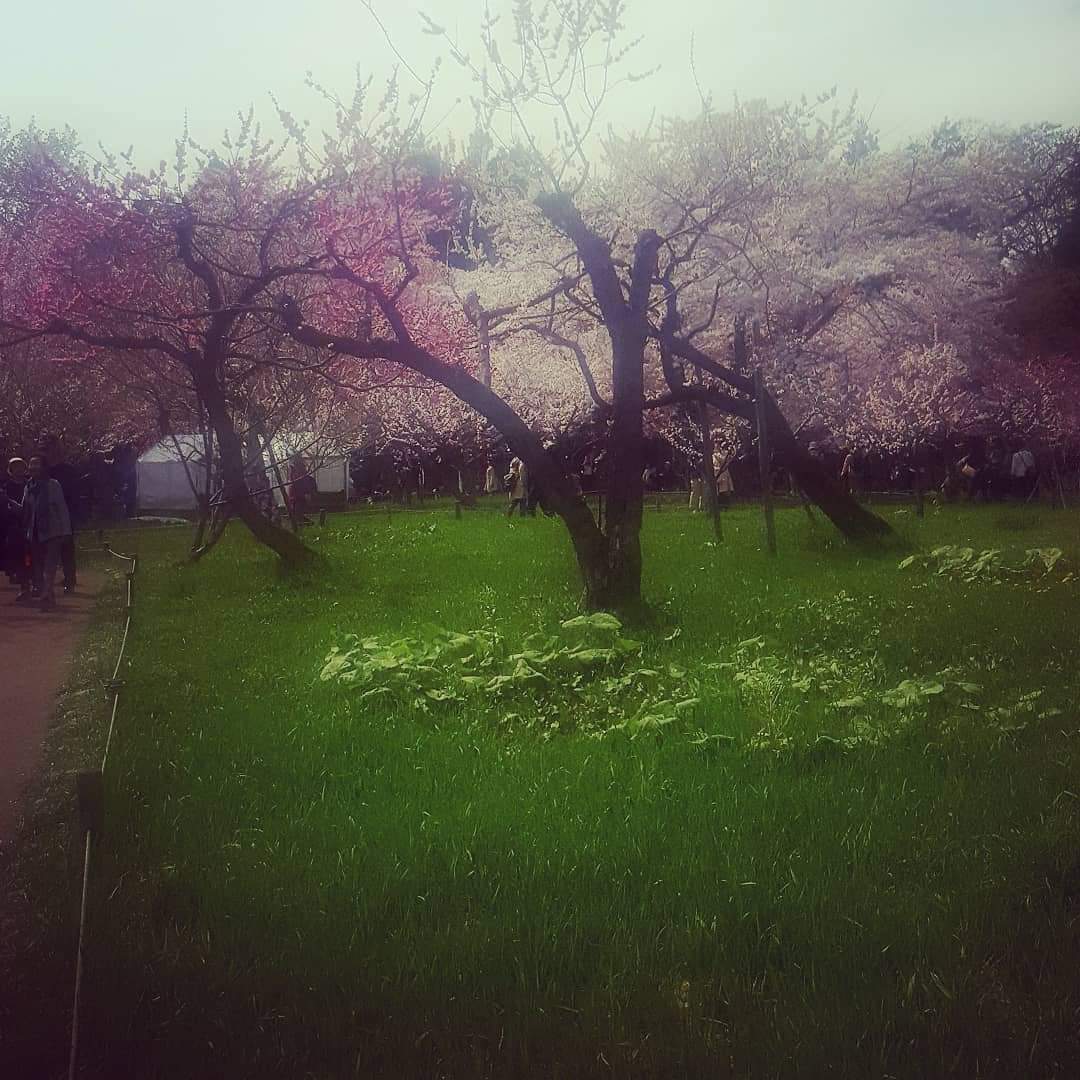 You were busy and missed out on the cherry blossoms this year? Fear not! Hokkaido, Japan’s  northernmost island, is where the sakura season makes its final stop.

Despite the prefecture being best known for its powder snow, it has some spectacular and charming cherry blossom spots to offer. As it is the coldest region in Japan, cherry blossoms appear a month or more later than in Tokyo.

Sakura season in Hokkaido only starts around the end of April in Hakodate. It then proceeds to the prefecture’s capital city of Sapporo in early May and reaches Nemuro, in Eastern Hokkaido, in late May.

Here is an overview of some of the best spots to experience pink petal magic in Hokkaido.

The port city of Hakodate is one of the best places to see cherry blossoms in Hokkaido. Known for salty ramen, squid rice and amazing seafood, Hakodate also features a European-style fort shaped like a star.

Goryokaku was built in the mid 19th century. The historic complex is surrounded by a park with over 1,500 Yoshino cherry blossom trees.

Nearby, the 107 meter high Goryokaku observation tower provides a great view over the star-shaped park with a sea of pale pink petals floating underneath. In the evenings, hundreds of lanterns will usually illuminate the trees and add to the magical atmosphere of the sakura season.

This year, however, the tower will probably remain closed due to Covid-19 prevention measures and there might be restrictions for visitors inside the park. The best time to visit is between the end of April and early May.

Access is easy: From Hakodate JR station the street car (tram) (number 2 or 5) takes 15 minute to “Goryokaku-koen-mae”. From the tram stop it is another ten minutes on foot to the park. [


Endless Row of Trees in Hidaka

Seven kilometres of pink delight: Shizunai Nijukken Road near Hidaka prides itself in having the longest sakura tree lined road in Japan. Located in Southeast Hokkaido, the 36 meter (Nijukken) wide avenue was built in early 1900 to provide access to a farm of the Imperial family. Between early and mid-May, around 3,000 cherry trees turn the road into a scene of pink splendor.

Access with public transportation is slightly cumbersome. It is a three hour trip by bus or train from Sapporo JR Station to Shizunai JR station on the Hidaka line, then a 15-minute taxi or bus ride to the spot. The journey by car from Sapporo takes about three hours. However, during the cherry blossom season, the road can get very crowded.

Hokkaido’s capital city Sapporo has several nice parks for flower viewing. Makomanai Park in the southern part of Sapporo is popular for Nordic skiers in winter and joggers in summer. It served as the main site of the Sapporo winter Olympics in 1972 and still has a sports stadium and an ice rink.

The park along the Toyohira river has also around 1,000 cherry trees that bloom from late April to early May. A word of warning for visitors: Hokkaido can still be cold during sakura season. In May, the average maximum temperature in Sapporo is just 17 ℃. Therefore, it is best to dress accordingly and bring a warm jacket, just in case.

Makomanai Park is easy to reach from Sapporo City Centre by subway (Namboku Line) to Makomanai Station. From there it is a 20 minute walk to the park.

Certainly, Sapporo's most beloved cherry blossom viewing spot is Maruyama Park next to Hokkaido Shrine. The park is popular all year round, but when the cherry blossoms start between late April and early May a festive, relaxed atmosphere takes over.

During sakura season in normal years, barbecues inside the park are allowed, so people put down tarps, grill meat and drink sake under the trees. As Hokkaido natives are known for their pragmatism and resilience, even cold and rainy weather does not deter the party crowds.

Maryuama park only has around 160 cherry blossom trees, few compared to the area around Hokkaido Shrine next to it. But while the more than 1,000 cherry trees around the shrine are beautiful to admire, polite manners are expected at all times, meaning that kampai, yakitori and picnics are strictly off limits.

Last year in May, cherry trees and picnic spots had been cordoned off to prevent o-hanami parties and gatherings. Unfortunately, the same restrictions are expected this year to limit the spread of COVID-19.

Maruyama park can easily be reached by subway on the Tozai Line or by bus from JR Sapporo station. The park is only 5 minutes from the subway station on foot.

Otaru, half an hour northwest of Sapporo, is a small harbor city with a scenic canal and plenty of history. During all seasons, Temiya Park, a hillside park, offers a beautiful view of the city and the Sea of Japan. During spring around 700 cherry trees make for an amazing scene of pink petals, blue sky and the water of Ishikari Bay.

The best time for o-hanami viewing is from late April to early May.

From JR Otaru Station, the Chuo bus takes about 10 minutes to the Temiya-1-chome bus stop. Then it is another 10 minutes walk to the park.

Asahikawa, in central Hokkaido, is the second largest city on the island. One of the finest cherry blossom viewing spots is Asahiyama Park situated on Mount Asahiyama in the eastern part of the city, just next to the popular Asahiyama zoo.

The park has over 2,000 Ezo mountain cherry trees with delicate pink petals, the wild cherry tree native to Hokkaido. The Asahiyama Park Night Cherry Blossom Festival is usually held in early May, but might not go ahead this year.

Buses from Asahikawa JR station take about 40 minutes to reach the park.

Nemuro is the easternmost city in all of Japan. Therefore, the cherry blossoms in Nemuro are often regarded as the last trees to bloom in Japan. Nemuro’s most famous cherry blossom spot is right in the city centre at Seiryuji Temple built in 1893.

The temple grounds feature over 30 Chishimazakura cherry trees with pinkish petals. The trees are said to be over 100 old years. Best viewing time is from mid to late May.

From Nemuro JR station it is a ten minute walk to Seiryuji temple.


Other Stories in this Series

Kawazu Sakura Festival Canceled  for the First Time in 30 Years