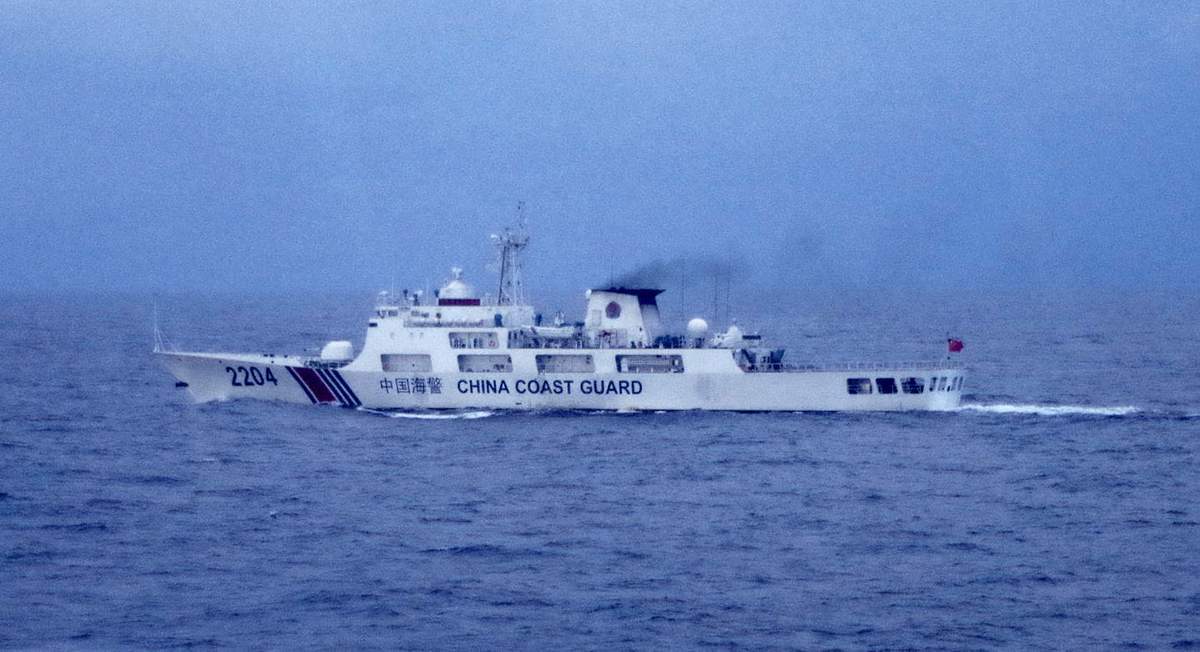 The largest China Coast Guard vessel yet, equipped with a 76mm gun, was caught navigating the contiguous zone around the Senkaku Islands in Okinawa Prefecture in November 2022. (©The 11th Regional Coast Guard Headquarters)

Last week, an online meeting was held for high-level discussions of Japan-China maritime issues. This was the 14th such meeting over the last decade. The idea was to discuss issues of mutual interest and concern in the East China Sea area and resolve contentious issues.

A Chinese friend asked me about the talks, apparently hoping for a ray of optimism. He should have known better.

Any Positive Effects on Japan-China Relations?

There are no positive effects from this meeting. The People’s Republic of China (PRC) position on the "main issue" — ownership of the Senkakus and surrounding areas — is unchanged and shows no sign of changing. Indeed, the People's Liberation Army (PLA), China Coast Guard (CCG), and maritime militia continue their intrusions around the Senkakus.

They are attempting to displace the Japan Coast Guard and Japan Self-Defense Forces — and thus demonstrate Beijing's "administrative control" of the area. Many Japanese fishermen no longer fish in the area for fear of Chinese bullying behavior.

The Japanese are not going to back down in the face of Chinese efforts to steal territory that clearly belongs to Japan.

So the talks really accomplished nothing. Indeed, the Japanese side asked the Chinese not to operate coast guard ships in the waters near Japan's southern islands. A couple of days after the meeting, the CCG sent two ships into Japanese territorial waters (within 12 miles) of the Senkaku Islands — and they joined up with two more CCP ships in adjacent contiguous waters shortly afterward.

Note: CCG ships are designed and armed for combat — not "policing" as is the case of just every other country's coast guard ships.

Territorial Disputes Could Lead to War

The meeting did agree to establish a "hotline" between defense authorities. This is meaningless. They've been talking about it since talks began in 2012 and it is doubtful the PRC side would even pick up the phone — if the United States experience with 'China hotlines' is any guide.

Similarly, the promises to cooperate on other matters such as maritime law enforcement, maritime rescue, plastic garbage, illegal fishing, and ocean-related technology collaboration really mean little compared to the "territorial" dispute between the two nations.

That is the one that may actually lead to war.

These talks have been going on since 2012 and we have seen no evidence that the PRC has softened its demands and aggressive behavior.  As things stand, there is no reason to think more talking is going to have any benefit.

The Chinese communists could stop trespassing on Japanese maritime territory and airspace. If they do that, talks might have some prospects of accomplishing something useful. But Beijing is not going to do this.

Thus, the better approach is for Japan to "talk" from a position of strength.  Immediately upgrade its Maritime Self-Defense Force (JMSDF) and Air Self-Defense Force (JASDF) capabilities and conduct joint exercises and patrols in the Senkakus and surrounding areas with the United States military. And make the defense of the Nansei Islands a joint Japanese and American effort.

Make it clear that Japan (and the US) are going to defend their interests — including fighting if necessary — and then talks might be productive. The more willing you are to fight — and the more the other side understands that — the less likely it is you'll have to fight. And the better chances negotiations have.

Also, look beyond the military front. Sometimes it's best to apply pressure indirectly.

Tokyo (and the US) can put stronger restrictions on investment and technology transfers to the People's Republic of China. Beijing might get the message that this results from its provocative behavior around the Senkakus.

The PRC depends on this inflow of investment and technology as its economy is fundamentally weak — despite Beijing's frantic efforts to pretend otherwise. Without foreign investment that provides convertible currency and certain key technologies, the Chinese economy's structural flaws will quickly manifest themselves.

There are of course those who believe that all talks are good talks. That's debatable. Talks seem to go better and yield better results when you have a full arsenal and are not afraid to use it. This is not telling Beijing anything it doesn't already know. It might be news to Tokyo, however.