In an exclusive interview with the Sankei Shimbun, former Taiwanese president Lee Teng-hui expressed his opinion that Japan would have a bigger role to play in the Asia-Pacific region after Republican candidate Donald Trump’s victory in the United States presidential election. 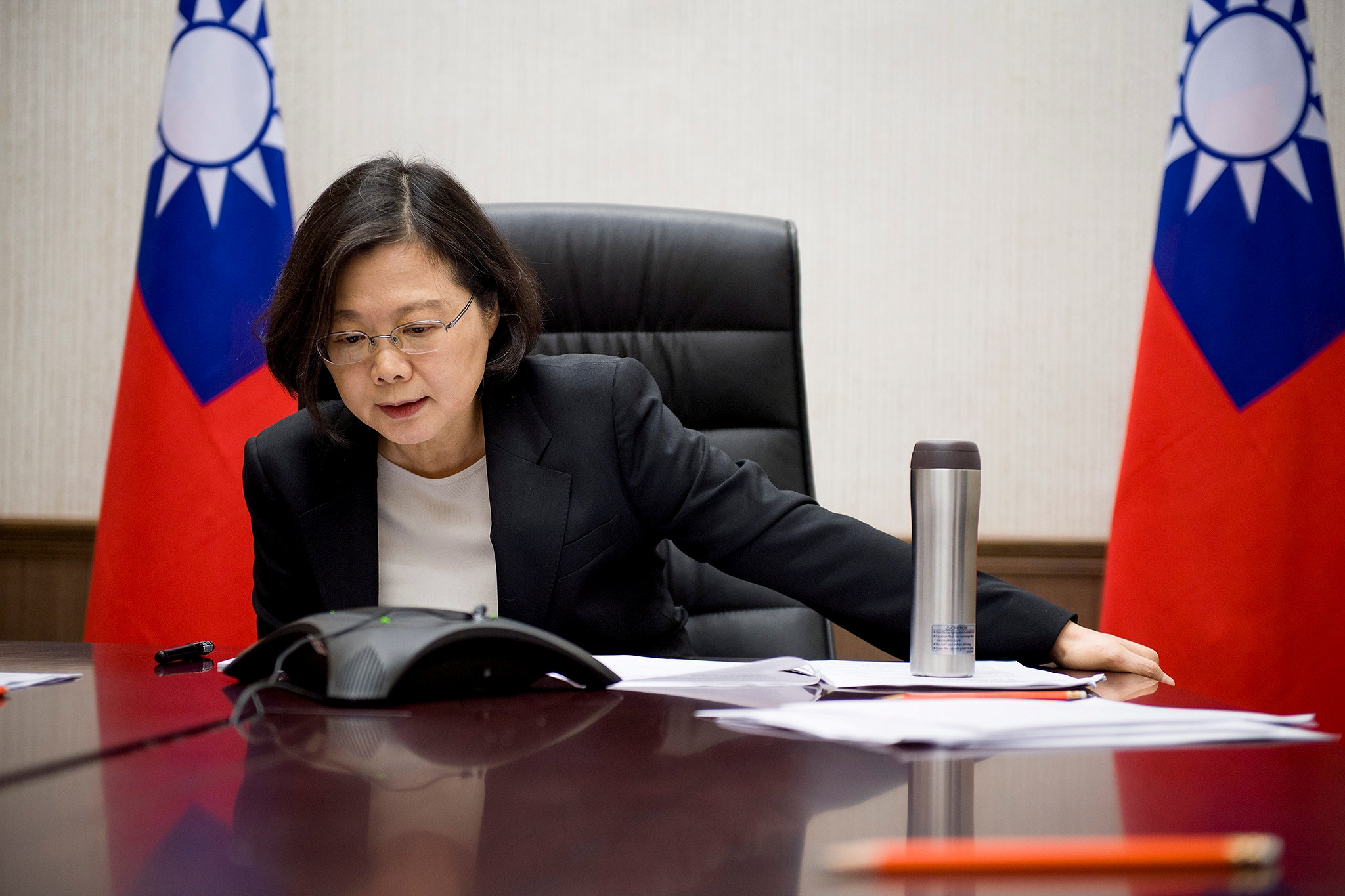 Taiwan’s President Tsai Ing-wen speaks on the phone with U.S. president-elect Donald Trump at her office in Taipei, Taiwan, in this handout photo made available December 3, 2016. Taiwan Presidential Office/Handout via REUTERS/File Photo

Responding to Trump’s victory, he said, “We hear that Trump is an isolationist. If America is going to take the road of isolationism, then, conversely, Japan will become increasingly indispensable.” He continued, “On the diplomatic front, the U.S., also, is expecting Japan to play a bigger role in Asia. Japan should understand this,” expressing skepticism that the Japanese government is emphasizing maintenance of the status quo rather than seeking opportunities to assert leadership.

Lee spoke positively about the Japanese government’s authorization to extend the rights of collective self-defense, as well as about the related issue of the maintenance of the legal system of security guarantees. Supporting the movement to revise the Japanese constitution, Lee said, “If Trump is touting ‘America first-ism’, then Japan should take advantage of the opportunity and make constitutional reform a reality—a subject which Japan, until now, has been too bashful to broach with the United States.”

Lee called for strengthened ties between Taiwan and Japan given the uncertainty as to what U.S. policies will be once Trump takes office: “If we admit this uncertainty, then it becomes all the more important for Japan and Taiwan to work closely together.”

At the same time, Lee reemphasized his long-held views on the subject of the relationship between Taiwan and the People’s Republic of China: “Taiwan is Taiwan, and China is China. Taiwan is not ‘Chinese territory’.”

On November 20th, the administration of Democratic Progressive Party (DPP) President Tsai Ing-wen will mark a half-year in office. Lee had harsh words for Tsai’s policy of “maintaining the status quo” when it comes to Taiwan-China relations: “This policy is divorced from the way that the people of Taiwan think. This is precisely why President Tsai’s approval rating continues to drop.” For him, it is important that a leader be “courageous” and “decisive.”

He continued, saying, “We must advance step-by-step along the path towards the normalization of Taiwan as a country. We must respond to situations with the resolve to deal with whatever might happen between Taiwan and China.”

He also expressed his concerns over the fact that Japan-Taiwan ties had cooled under DPP  rule due to “many people in the Democratic Progressive Party thinking that the Senkaku Islands belong to Taiwan.”

The full transcript of his interview can be read here.

Yasuto Tanaka is Taipei bureau chief for the Sankei Shimbun

First published at the Sankei Shimbun on November 17, 2016