Lest We Forget, Japan Shares Lessons from Disasters at the Kansai Resilience Forum 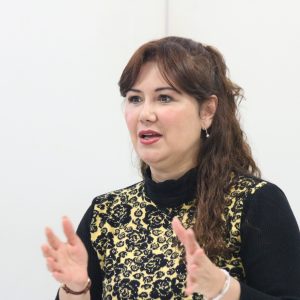 On Friday February 22, Kobe hosted the Kansai Resilience Forum 2019. Its singular purpose: to share with the world the lessons learned from natural disasters.

Japan is no stranger to natural disasters. In 2018 alone, the country registered sweltering heat, flooding due to heavy typhoon rains, and an earthquake in September which caused major damage in Hokkaido.

The location of the event, the Hyogo Prefectural Museum of Art, punctuated the discussion. The building was completed in 2001, after the Great Hanshin and Awaji Earthquake in 1995 that killed over 6,400 people — the deadliest earthquake in the region since 1923.

The forum was organized by the government of Japan in collaboration with the International Academic Forum (IAFOR). The day comprised of three panel discussions, which covered different aspects of facing natural disasters: Disaster Risk Reduction, Resilience and Society, and Resilience and the Globalizing World.

The opening address was given by Tomoaki Ishigaki, Deputy Cabinet Secretary and Director of Global Communications in the Prime Minister’s Office, followed by Dr. Joseph Haldane, chairman of IAFOR. Experts in various fields, ranging from university professors, to policy makers, and businessmen, took part in the panels and floor discussion.

Ishigaki explained the intent behind the event: “We thought that further debate was needed to discuss not just how to recover from crisis, but how to make society stronger.”

The Role of Japan

After learning from past natural disasters, Japan has created a network for dealing effectively with disaster prevention. Working both on a national and local level, as well as with the Japan Meteorological Agency and the media, there is an increasing effort to spread the word not just in Japanese but also in English about what to do in the event of a natural disaster.

Japan has also been leading the way in terms of disaster prevention in the international community by readily contributing help in cases of disasters abroad. As recently as 2017 after a magnitude 7.1 earthquake in Mexico, Japan sent 72 people to the devastated area as part of the Japan Disaster Relief rescue team.

Peng Er Lam, a political scientist from the National University of Singapore and a panel moderator, pointed out, “In the event of natural disasters, Japan and the Southeast Asian countries help one another, and that creates resilience.”

To date, Japan has hosted all three conferences of the United Nations Office for International Disaster Risk Reduction (UNISDR), first in Yokohama in 1994, then in Hyogo in 2005, followed by Sendai in 2015. The locations weren’t accidental. Hyogo was at the epicenter of the 1995 earthquake. Sendai in the Tohoku region is central to the areas of northeast Japan devastated by the 2011 earthquake and tsunami.

The global community has recognized the need for further natural disaster prevention — so much so that what was initially just a Yokohama Strategy became the UNISDR, a permanent secretariat of the United Nations to deal with disaster reduction.

“Disaster prevention is foremost grounded in understanding risk because if we don’t understand risk, we can’t prepare for it,” pointed out Yuki Matsuoka, head of UNISDR’s Hyogo office, during her speech.

A major shift has been the increasing use of powerful technology in an effort to predict the impact of natural disasters. The company Kozo Keikaku Engineering has been investing in the creation of increasingly sophisticated tools to make predictions about disasters. For example, it can model the possibility of a tsunami hitting the town of Kamakura — near Tokyo — to identify escape options for the people there and provide guidance on how best to deal with such a disaster.

In a similar fashion, the Riken Center for Computational Science at Kobe University, which is home to the largest supercomputer in the world, is using high-performance computer technology for simulations to predict the impact of disaster on existing structures — and what best to do with the information obtained.

“The software can calculate that should an earthquake occur, for example, in Shinjuku, how likely it is that there will be traffic, what consequences will there be.”

Local governments which operate crisis management centers carry out prevention on a more concrete level. In the case of Kobe, there are currently 37 people working in the crisis management department, putting in place systems so that in the event disaster does strike, the damage will be less severe. The management of systems to back-up waterways is one such example.

The Importance of Spreading Information

Prevention is important, but what happens if the information isn’t disseminated properly in a time of crisis?

With the Rugby World Cup taking place in September 2019 and the Olympics and Paralympics in 2020, speedy access to information in multiple languages has become a priority.

Thomas Mayrhofer, the regional manager of ANA Crowne Plaza Hotels, explained more in detail why spreading information in different languages is key. For example, many tourists might never have experienced an earthquake and would not know what to do.

He said: “For Japanese who are used to disasters, something like the Osaka earthquake last year (2018) might rattle them, but the next day it’s business as usual. But for a foreigner visiting Japan, it’s devastating. So you might get a person running in the lobby, with no clothes, in a panic.”

It’s not just the people visiting Japan who suffer in natural disasters, of course. Roxana A. Oshiro, who is originally from Peru but has lived in Japan since 1991, explained in her presentation the difficulty of being in Japan during an earthquake and not knowing Japanese.

“I went outside, but everyone was focusing on their own problem. The only word I understood from the news was ‘tsunami,’ but even then, I wasn’t sure where to go. To this day, I think the only reason I am alive is because there was no tsunami,” she said.

To this end, the local government has taken steps to improve the network, as have embassies, many companies, and international schools, to make sure everyone is informed in the case of a crisis.

The community media Radio FMYY is one of the organizations working to spread information on how to navigate natural disasters — in six languages, including Vietnamese, Tagalog, and Korean.

Tasuku Kuwabara, a leader of McKinsey & Company’s Healthcare Practice in Japan and Asia, shared his insights on the matter. He explained the “speed and scale of the rapidly increasing diversity and internationalization in Japan is unique. With that in mind, further use of digital technology and adaptation of global best practices will be crucial.”

Rebuilding After A Disaster

Regional manager Mayrhofer didn’t deny that more can be done to improve the real-time dissemination of information in other languages. But he also stressed that more should be done about spreading awareness of Japan’s history of quickly getting back on its feet.

“Three days after Jebi, Kansai International Airport was open for business. That was a huge success story. There should have been more information about that,” he said.

Instead, the challenge became that the natural disaster hitting Kansai was in the news for 10 weeks, extensively damaging business in the region. The question therefore became one of how best to restore faith in the region after a disaster.

The 2019 forum itself was held at the Hyogo Prefectural Art Museum in Kobe, a stunning building designed by Tadao Ando, the world renowned architect from Osaka. It was built as a symbol of Kobe’s rebirth from the ashes of the 1995 earthquake.

Speaking to the press, Ando explained his aim behind the design: “It is a way of promoting spiritual reconstruction of the people through artwork. In that sense I think art can play an important role.”

As a symbol of the rebirth, there is a monument of a green apple on the third floor of the building, to remind people that no matter what age, it’s never too late to be young and start again.

Perhaps the best takeaway from the forum was expressed in the opening comments of IAFOR’s Joseph Haldane, when he explained why resilience was such an important concept. He said: “When I did judo, I asked my sensei what the most important aspect was. He told me the most important thing was knowing how to fall down, fall down so that then you can stand up and fight again.”

The hope of the day was that events like the Kansai Resilience Forum would raise awareness to influence policy making on disaster prevention, lead to improvements in communications, and ultimately encourage the community’s impetus to rebuild. Although natural disasters can’t be stopped, with better management the damage can be contained and affected communities can be provided the opportunity start their lives anew.