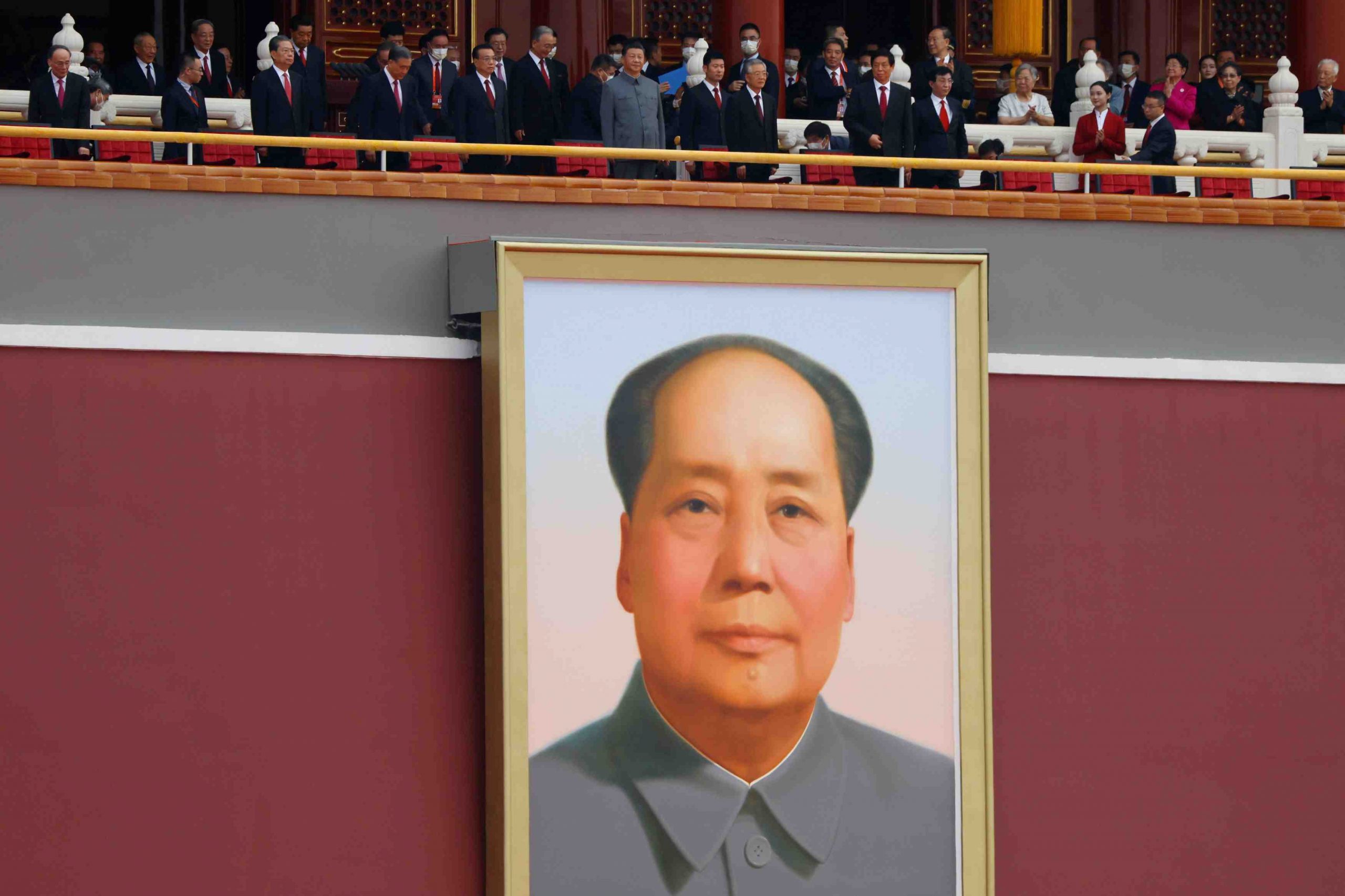 In 1945, the Allies disarmed a defeated nation of Japan that “determined to preserve our security and existence, trusting in the justice and faith of the peace-loving peoples of the world.” A new constitution saying so in the preamble was promulgated the following year.

The Constitution went on to state in Article 9 that for Japan, “land, sea, and air forces, as well as other war potential, will never be maintained.”

Since then, the two concepts have been at odds with one another, they remain so to this day. A majority seem to favor demilitarization of Japan by the occupying forces and are defending the Constitution, including the Asahi Shimbun, Komei Shimbun, and Shimbun Akahata (Red Flag, the Japanese Communist Party’s daily newspaper.)

The vision of a so-called peace constitution is beautiful. This illusion originated in the occupation policy, which was intended to disarm the Japanese people psychologically. But the curse of clinging to this ideal continued well beyond the restoration of sovereignty. There were even reports that the peace Japan enjoys was due to Japan’s constitution.

However, the myth of Japan’s peace and security has been dashed like a bursting soap bubble due to the deteriorating international situation. Will the United States protect a Japan that is unwilling to shed its own blood? Such doubts have been dredged up in my mind.

The Japanese people were convinced of an “absolute victory” before the war and blindly believed in “absolute peace” after the war. But those were two sides of the same coin.

The aphorism of the “peace constitution” has become a tool to make criticism of the Japanese constitution taboo. And it continues to cloud our eyes to the realities of international relations and obstruct our thinking.

But our illusion of peace was dashed when a dictator threatened to blow up a country with nuclear weapons. The invasion of Ukraine by Russia changed the mindset of both Scandinavians and Japanese. We must be vigilant against injustices in neighboring countries.

The Sankei Shimbun, which approves of the Security Law and is an advocate of constitutional reform, used to be a minority voice in the press. But its opinion is now becoming mainstream. Here, I would like to trace my memories of newspapers and sketch out how I broke free from the spell of the postwar system.

I started to read newspapers in the fifth grade, because I wanted to know the results of the Imperial army and navy battles. Today’s children are no different, engrossed in the hits, batting averages, or scores in baseball or soccer. Every morning, I looked forward to reading “Kaigun (Navy),” a serialized essay in the Asahi Shimbun by Bunroku Shishi (birth name Toyoo Iwata) that dealt with the heroism of the lightening attack on Pearl Harbor.

When the Yomiuri Hochi (Yomiuri News) and others printed the slogan “kichiku beiei” (American and British beasts), adding the left-hand side radical of the Chinese character for an animal to their characters, I was disgusted by the lack of civility.

Although I lived as a student under the Allied Occupation, my view of the world changed when I studied abroad in France, Germany, England, and Italy from the early 1950s. I saw the world with my own eyes, and read newspapers from around the world.

Western democracy was better than the so-called people’s democracy. So I was surprised when Inejiro Asanuma of the Socialist Party went to Beijing in 1959 and said, “US imperialism is the common enemy of Japan and China.”

When I returned home from abroad, there was a chorus of opposition to the Japan-US Security Treaty all around me. “Against opposing the Security Treaty. Protect democracy. Respect the majority vote of the Parliament,” I said, but I was treated like a pariah.

Universities were on strike all year. As an assistant professor, I was on duty and stayed on campus. During that time, an assistant professor in the mathematics department became angry with me, saying, “Hirakawa always makes strange remarks.” That was when I realized it was not possible to hold a conversation with colleagues who read only The Asahi Shimbun.

At the time, Masanori Kikuchi, a great admirer of the Cultural Revolution in China, was the Asahi Shimbun’s poster child at the University of Tokyo. In contrast, Mineo Nakajima, who became a professor at the Tokyo University of Foreign Studies, saw the Cultural Revolution simply as Mao Zedong’s struggle for power and did not hesitate to publish his analysis. Occasionally I also contributed to the Asahi Shimbun.

When I wrote for the “Chokugen” (speaking plainly) column of the paper, I mentioned that the East German ambassador to Japan was impressed that Chairman Mao had read the German poet Theodor Storm, revealing that it was because the Chinese translator, Guo Moruo, had read Storm’s signature novel Immensee (1849) in German while studying at the old Okayama Sixth Higher School in Japan. I still refrained from making direct political comments in the newspaper. Even so, I stopped subscribing to the Asahi Shimbun and switched to The Sankei Shimbun.

Immediately after Mao’s death in September 1976, a group of old friends who had studied together in Paris gathered. Kenichi Honda, a professor of applied chemistry at the University of Tokyo, reverently told us that he had visited the Chinese Embassy and noted his condolences. In response, I chided him, saying, “It’s about time Ms Jiang Qing [3rd wife of Mao Zedong] was arrested.” Diplomat Yoshiya Kato then told us, “Hey, this is a Chinese restaurant. Watch your mouth.”

Toru Haga, a colleague of mine in comparative culture, modestly criticized the Asahi Shimbun, asking, “What’s with that China-centeredness?” Donald Keene responded, “I follow the cultural matters in Japan, so I read the culture columns in the Asahi.”

The following year, I was assigned to the Wilson Center in Washington, DC. There I met Heishiro Ogawa, who served as the first Japanese ambassador to China upon the resumption of diplomatic relations between Japan and China. He simply told me, “Oh, Sankei..."

It was Sankei which had refused Beijing’s conditions and was denied the right to station a correspondent there. But looking back, which newspaper was right? Sankei, that was ousted, or Asahi, whose correspondents continued to be stationed in Beijing, sending only China-vetted articles back to Japan? Then there was the case of the Beijing correspondent who, after leaving Asahi, became the editor of People’s China, the Chinese Communist Party’s public relations magazine for Japan. Such a disgrace.

Shuichi Kato took the seemingly conscientious position of not criticizing China because Japan had waged a war of aggression against it, and Asahi used him heavily. The corporate world also favored his comments, referring to him as an “intellectual giant.”

In retrospect, however, Asahi lost its credibility not just because of Seiji Yoshida’s fraud case on the comfort women issue, but because people had become fed up with such pseudo-pacifist narcissism. It has now been half a century since the “Akai Akai Asahi Asahi” (red red Asahi Asahi) joke appeared in an Asahi journal.

(Read the Seiron column in Japanese at this link.)