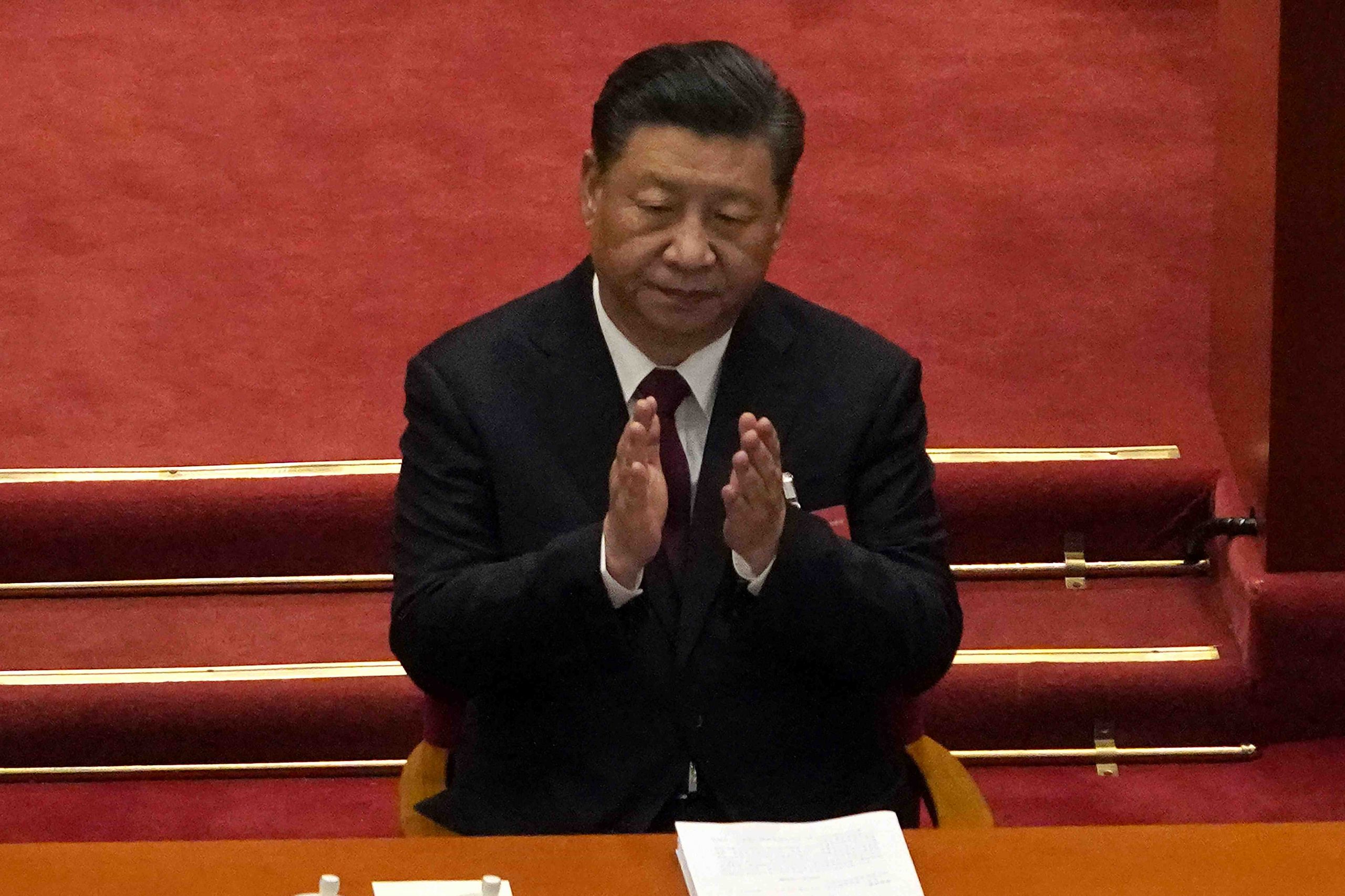 In this centennial year since the founding of the Chinese Communist Party (CCP) in 1921, Xi Jinping appears determined in his resolve to rule by military stealth and brute control. He is mobilizing the 1.5 billion Chinese people as he seeks to push forth the Middle Kingdom’s agenda across Asia, and perhaps beyond.

The Political Bureau of the CCP’s Central Committee met in the last week of February 2021 to discuss China’s draft of its 14th Five-Year Plan (2021-2025) for National Economic and Social Development and “Long-Range Objectives” through 2035. The documents have since been submitted by the State Council to the upcoming annual session of China’s top legislature for lawmakers to review.

The document’s description of achievements fully demonstrates the CCP leadership’s absolute control over the affairs of the state. From the consolidation of control to acceleration of the effort to establish a new economic paradigm based on domestic development and circulation, the CCP’s domestic and international measures reinforce each other.

While the COVID-19 pandemic continues globally, China’s economic recovery is yet to solidify. The CCP appears to be striving to keep the economy running within a reasonable range, while focusing on a strategy of expanding domestic demand.

The above political-economic decision making aside, significant changes were initiated in the military realm earlier in January 2021. China expanded the power of its Central Military Commission (CMC), headed by Chairman Xi Jinping, to mobilize military and civilian resources in defense, for use both internally and externally. The revisions to the National Defense Law, effective January 1, 2021, have significantly weakened the role of the State Council in formulating military policy. Instead, decision-making powers have been handed over to the CMC.

With this move, the CMC is now formally in charge of making national defense policy and principles, while the State Council has become a mere implementing agency in a supporting role — thus, completing the establishment of a top-down military command system under Xi Jinping.

In a noteworthy development, the terms “disruption” and protection of “development interests” have been added to the legislation for the first time as grounds for mobilizing and deploying Chinese troops and reserve forces.

In addition, the legislation emphasizes the need to mobilize state-owned and private enterprises to undertake research into new defense technologies covering conventional weapons, as well as the non-traditional domains of cybersecurity, space, and electromagnetics.

These amendments appear singularly aimed at strengthening Xi Jinping’s hands, providing him legal grounds to respond to any potential resistance or untoward challenge coming China’s way as it pushes forth its revisionist territorial agenda across Asia. These revisions also need to be symbolically interpreted as a war cry by the Chinese Communist Party for China to be combat-ready in 2021 — a call that the party has never made since it assumed power in Mainland China in 1949.

‘Political Power Grows Out of the Barrel of a Gun’

Xi Jinping is moving into the CCP’s centennial year with greater military stealth and push across the Indo-Pacific by garnering and maximizing domestic power in 2021. His intentions appear all the more determined since it is the beginning of his kick-off for the autumn 2022 campaign, which will see him go in for an unprecedented third term as general secretary of the CCP and chairman of the Central Military Commission.

Whether it is through the 14th Five-Year Plan or its new defense laws, China is working to insulate its political system from domestic or external factors and events. The amendments legalize the “special nature” of China’s political and defense system — which is nothing short of a validation of the Communist Party’s authoritarian rule.

The changes have legitimized and reinstated the Communist Party’s long-standing principle since the Mao era that “political power grows out of the barrel of a gun.” This dictum, which catered to the domestic political front, now seems to be spilling over into China’s external foreign policy, as well as its security agenda and objectives.

Xi Jinping adopted a masquerading tone in principle when he addressed the United Nations General Assembly in September 2020, stating:

We will never seek hegemony, expansion, or sphere of influence. We have no intention to fight either a cold war or a hot war with any country. We will continue to narrow differences and resolve disputes with others through dialogue and negotiation.
— Xi Jinping, September 2020 Address to the United Nations Assembly

On the contrary, on the ground the realities of China’s activities and aggravations in the South China Sea, the East China Sea, and the Himalayan borderlands are going down in the archival record books as a complete antithesis to Beijing’s misleading diplomatic statements.

China’s future shall be determined by both its economics and politics. Territorially, Han Chinese power is moving towards its zenith. Demographically, ethnic minorities’ boundaries have been flooded with Han population, all in all to rewrite history to justify Chinese control and annexation.

China is engaging in unilateral and multifold territorial expansion by military force and political-economic intervention via the Chinese Communist Party’s multifold arms. This makes it pressingly imperative for a collective imposition of checks and costs on Beijing’s revisionist and destabilizing exercise of power.