Like the U.S., Japan Should Have Its Taiwan Relations Act 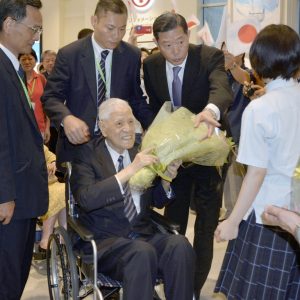 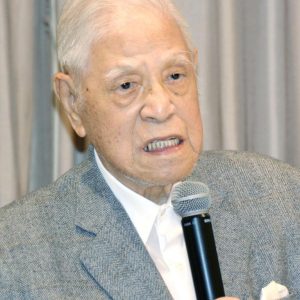 For the past year, and especially in recent weeks, world attention has continued to focus on North Korea, but another important issue in the region that needs to be addressed is Taiwan’s status as a free, democratic, and prosperous nation.

Taiwan faces enormous pressure from its neighbor across the Taiwan Strait, China, whose President Xi Jinping has strengthened his authoritarian control over domestic institutions much like he is seeking to assert China’s hegemony throughout the region, including over Taiwan.

Indeed, the noose is tightening around Taiwan, a relatively small island state with more than 23 million people, almost all of whom correctly assert their Taiwanese identity. Xi, in contrast, has ordered the People’s Liberation Army to be able to take Taiwan by 2020. That’s just two years away.

Since the very start of the Donald Trump administration in January 2017, it has been clear that changes—some not so subtle—are afoot regarding the United States’ relations with Taiwan. Indeed, this was first seen before Trump even became president in December 2016, when he took the phone call from Taiwanese President Tsai Ing-wen, herself inaugurated in May that year.

In fact, a new act passed by a unanimous vote in both houses of Congress was signed into law by Trump in mid-March this year. It permits visits by senior U.S. officials to Taiwan. Within a few days of the law going into effect, Deputy Assistant Secretary of State Alex Wong went to Taiwan, angering China, which calls such visits a “red line.” His visit has been followed up by Assistant Secretary of State for Education and Cultural Affairs Marie Royce in June 2018 for the dedication ceremony of the new American Institute in Taiwan (AIT) facility. National Security Advisor John Bolton, a strong supporter of Taiwan, was even rumored to have been planning to visit at that time.

In Japan, there have also been some changes in the relationship with Taiwan since the start of the second Shinzo Abe administration in December 2012. Both Abe and his brother, Nobuo Kishi, are known to be highly pro-Taiwan, and there have been a variety of formal and informal interactions between the two countries. In March 2017, Senior Vice Minister of Internal Affairs and Communications Jiro Akama traveled to Taipei for one day to promote tourism; he was the most senior Japanese official to visit Taiwan in 45 years. In response to criticism from China, Abe later responded that Taiwan is “an important partner that shares Japan’s values and interests.” Indeed, it is.

In addition, while not a government official, Keisuke Suzuki, the director of the ruling Liberal Democratic Party’s youth division and a member of Deputy Prime Minister and Finance Minister Taro Aso’s faction, visited Taiwan earlier that same month. Later in the year, Suzuki was in Taiwan again attending a Taiwan-U.S.-Japan security-related conference at which he stated there might be progress within three years on a Japanese version of the Taiwan Relations Act (TRA).

The TRA is a reference to the U.S. law guiding its relations with Taiwan, introduced in February 1979 and going into effect in early April. So angry was Congress at President Jimmy Carter’s abrogation of the defense treaty with the Republic of China (Taiwan) and the ending of diplomatic relations on December 31, 1978, the TRA entered retroactively into force, effective January 1, 1979. Among other things, it calls for the U.S. government to continue to promote a host of commercial, cultural, and other relations with Taiwan and “to maintain the capacity of the United States to resist any resort to force or other forms of coercion that would jeopardize the security, or the social or economic system, of the people on Taiwan” through providing the latter with “arms of a defensive character.”

In contrast, Japan, which also chose diplomatic relations with the People’s Republic of China over Taiwan, has no similar laws governing its relations with Taiwan, despite the historic, geographic, and socially close ties it has with Taiwan. (Symbolic of the affinity between the two countries, former President Lee Teng-hui, fluent in Japanese, visited Okinawa Prefecture this past weekend and is believed to have quietly met with Prime Minister Abe, who was attending the annual June 23 memorial ceremony for the Battle of Okinawa. It is unclear what they discussed at the time.) So, while the United States passed the TRA in a matter of weeks, Japan has been unable to do it over the course of decades.

Suzuki’s mentioning of a TRA was not the first time it has come up. In March 2013, a Japanese team of Taiwan specialists produced a report recommending Japan pursue a TRA of its own. Fortunately, it did not shy away from the security components.

The recommendations called for a “Nittai Kankei Kihonho (Basic Law on Japan-Taiwan Relations)” to be enacted that clarified Taiwan’s status in its relations with Japan. It argued that Japan, in conjunction with the U.S.-Japan alliance, should cooperate with Taiwan to preserve the freedom of the seas based on “law” and not “force.” It noted that any attempts, other than through peaceful means, to decide Taiwan’s future was a threat to the peace and security of Japan and to the Asia-Pacific region and would be considered a matter of great importance to the country.

Unfortunately, it appears the Japanese government has done nothing concrete with those recommendations. While I am a big supporter of continued dialogues and discussions with Taiwan, the time for Japan to act is now, for reasons both domestic (the need to do so when there is a strongly pro-Taiwan prime minister and administration) and international (while there is a strongly pro-Taiwan Trump administration and understanding throughout the region, and before China acquires any more military strength to easily over-run Taiwan).

I would like to see Japan use the fall Diet session to debate and pass the legislation, whose time has come. In order to expedite the bill-writing, much of its contents can be modeled on the existing U.S. legislation, incorporating aspects unique to Japan and Taiwan, as well as lessons learned from the U.S. enactment in the interim.

The new deputy director of the AIT, Ray Greene, a respected Japan specialist, can also certainly help behind the scenes, utilizing his network developed as a Baker-Kato Diplomatic Exchange Fellow at the Japanese Ministry of Foreign Affairs. If one does not use the connections built up at that time, what good is the program then?

In addition to the political support seen within the ruling party, public support is likely, too. There are many supporters of Taiwan in Japan, and indeed many residents of Taiwanese ethnicity or nationality. Some of them are very close to Abe, and also very vocal. Japan is the country Taiwanese most respect, according to numerous public opinion polls, and the country they most want to travel to and live in. The Japanese people also have a high respect for Taiwan, with 66%, according to one official poll, feeling close to Taiwan, 59% saying Taiwan is their favorite country in Asia, and 55% believing they can trust Taiwan.

During Lee’s visit to Okinawa this weekend, he called once again for Taiwan and Japan to promote exchanges in the defense field. One does not do this unless there is a great foundation for mutual respect and trust.

The people of both countries have also matched words with deeds, as seen after times of national crises and disasters. The Japanese have been deeply touched by the generous support Taiwan showed Japan following the March 2011 Great East Japan Earthquake, for example, in terms of both money donated and personnel dispatched, as well as other acts of kindness. In fact, these efforts were seen before and after that tragedy, and have been quite reciprocal.

In this sense, it is certainly appropriate and timely to take the relationship to the next level, through a Japan-Taiwan Relations Act. Critics will say it will raise tensions, but China’s arguments about Taiwan being an integral part of China among other statements are based on false assertions that only blur the debate and buy time for China. It is time to end the strategic ambiguity and make intentions crystal clear.