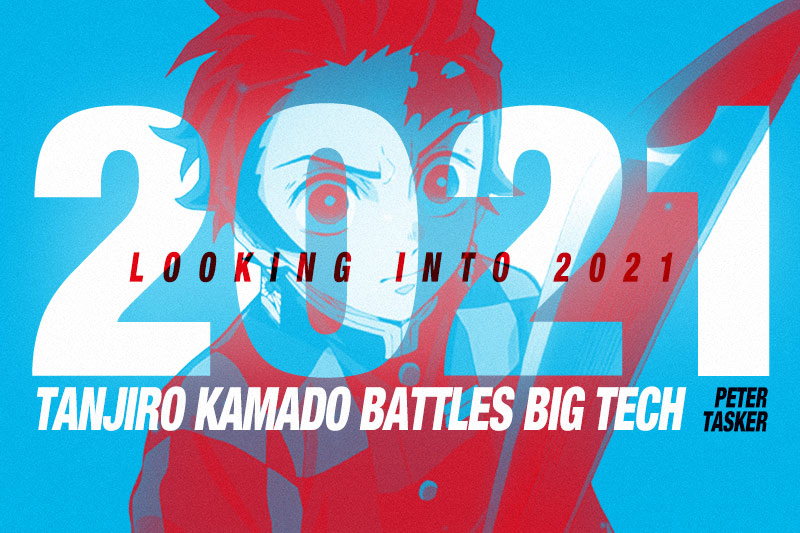 This time last year I wrote in JAPAN Forward about the possible occurrence of “Lenin weeks.” I was referring to Soviet leader Vladimir Lenin’s dictum that “there are decades where nothing happens, and there are weeks where decades happen.”

My thinking was that a random incident, such as a marine confrontation between China and the U.S. or Japan, could quickly escalate into a conflict that would change our world out of all recognition.

I had no idea that, as I wrote, a new coronavirus had manifested itself in the Chinese city of Wuhan and was already in the process of seeding a global pandemic that would cause the sharpest economic downturn of the modern era. At the same time, the corona crisis has accelerated technological, social, and political change in a way that Lenin would surely have appreciated.

The digital economy has powered ahead, while businesses that depend on face-to-face transactions — whether selling pints of beer or automobiles — have suffered. In the wealthy countries, the middle classes with spacious homes and information-processing jobs that can be done remotely have felt no pain. Many low-paid workers have lost jobs that will never return.

In Japan, where such statistics are quickly available, suicides have started to rise after 15 years of decline. The social malaise will be much deeper in Western countries that have suffered greater economic and human damage. Already, there have been reports of increasing depression, domestic violence, and alcoholism. Meanwhile central bank policies have made the asset rich even richer. Globally, there could hardly be a more favorable environment for populism and social unrest.

The stark contrast between the relatively mild crisis experienced by most East Asian countries and the economic and human carnage suffered by many Western countries raises another question. Has the coronavirus speeded up the rise of East Asia and the relative decline of the West?Infections and fatalities in Japan have hit new highs at the turn of the year, yet the gap with other G7 countries continues to widen even further in Japan’s favor.

None of these events looked likely on New Year’s Day 2020, though with the advantage of hindsight, it now seems obvious and logical. Likewise, what seems improbable now may look obvious and logical in 12 months’ time. Trying to forecast the future is always a mug’s game, but the uncertainties are even greater than usual after the extraordinary events of the last 12 months.

One of the key questions is to what extent the changes that have taken place in this tumultuous period are permanent and irreversible. To put it another way, will people continue to cocoon at home, with the aid of Zoom, Amazon, Uber Eats, etc., even after the corona crisis has faded? If so, the structure of our cities, social lives, education systems, and much else is set to undergo an almighty “reset.”

Clearly, some of the most powerful entities in the world are solidly behind this agenda, including the so-called FAANGs (Facebook, Amazon, Apple, Netflix, and Google), financial behemoths like Blackrock and the World Economic Forum, famous for its annual confab at Davos. It is the WEF that pioneered the concept of the Great Reset, which it has been promoting for several years.

This is not a conspiracy, as some cranks believe. Rather, to quote an article in the U.K.’s Spectator magazine, Davos functions as “an ideological synchronization environment for individuals, corporations, and governments to keep on the same page.” Intrinsic to the ideology is a kind of technological determinism that holds that innovations are always beneficial and must be embraced without question or concern about the downside risks.

Working with impressive speed, in July 2020 WEF founder Klaus Schwab published “COVID-19: The Great Reset,” written in collaboration with economist Thierry Malleret. “The corona pandemic marks a fundamental inflection point in our global trajectory,” the authors declare. “The world as we knew it in the early months of 2020 is no more.”

The Tanjiro Kamado Perspective on the New Year

Standing up against these powerful forces is a good-hearted young man of amazing bravery who hails from a remote village in the Japan Alps. He is of course Tanjiro Kamado, the hero of Demon Slayer, the hit manga, animé TV series, and movie. It is the success of the movie version which is most impressive and most encouraging for what it portends.

To recap, Demon Slayer, which was released in mid-October 2020, has just broken Japan’s movie box office record, which was set in 2001 by another animé film, the Oscar-winning Spirited Away. Total takings to date are $316 million USD, the equivalent of 23 million admissions. Think about that. In the year of the coronavirus, more than one sixth of the entire Japanese population went to the cinema to watch Demon Slayer, or Kimetsu no Yaiba, as it is known in Japanese.

They clearly did not get the memo from Klaus Schwab.

The film is smashing records in Taiwan too, luring over one-tenth of the population into cinemas. Despite the fact that it has yet to be released in China, the U.S., or any other major overseas markets, it was the sixth most successful film worldwide in 2020.

Why did so many people choose to go to the cinema, rather than wait for the film to be made available on streaming sites, as will happen at some point? There are two obvious reasons. Firstly, watching the film is only half the fun. Discussing it with your friends, swapping gossip about the mysterious authoress, reading the reviews — these are all part of a communal experience that can only be enjoyed when the film is hot.

Secondly, cinemas provide far better visual and auditory quality, which means a greater sense of immersion in the world of the film. Binge-watching on a TV screen at home or, worst of all, squinting at a smartphone screen, is the equivalent of gobbling a fast food takeout.

Likewise, there is no comparison between live music and a Spotify playlist, or a real conversation with work colleagues and a Zoom meeting.

The lesson of Demon Slayer is that most people are not willing to accept interminable “hikikomori” (social recluse) lockdown lifestyles. They want to participate in what is happening in the society and culture around them. They want to travel, and will even try flights and cruises to nowhere, as happened in Singapore, just to have the feeling of being in motion.

Japan’s “GoTo” subsidized domestic travel campaign was taken up by 50 million people, which must be reckoned a tremendous success. It had to be suspended as infections rose late in the year. But did it cause the rise? Probably not. Neighbouring South Korea has experienced a very similar mini-surge, despite the absence of any travel promotion campaign. Seasonality is the most likely culprit. Hopefully, “GoTo” will be restarted as soon as conditions allow. The demand is clearly there.

A Year to Enjoy

As mentioned above, 2020 saw the sharpest economic decline of the modern era. For some countries, such as the U.K., it was the steepest in centuries. It was also the strangest, being caused not by problems intrinsic to the economy, but by governments preventing certain kinds of consumption for reasons of public health.

The result is that almost everywhere household savings ratios soared to record highs as people were unable to spend. They have subsequently fallen as restrictions eased, but the level of savings is still at historically elevated levels.

What comes next? Fear is a very powerful emotion. If it dominates public psychology, savings rates will stay high, the recovery will fizzle out, and the FAANGs will become ever more dominant in our economic and social lives.

Yet fear tends to fade as people learn to adapt to whatever threat they face. If their innate sociability and lust for life comes to the fore, as I hope and expect, a splurge of spending, traveling, and enjoying should lie ahead in 2021.

There are three core demon slayers: the brave but brainless Inosuke, who charges around like a wild boar; the cry-baby Zenitsu, who has childish tantrums; and the empathetic but super-tough Tanjiro.

What would happen to them if they were alive in 2020, rather than in the early years of the 20th century, the story’s actual setting?

My guess is that Inosuke refused to wear a mask, took no notice of social distancing guidelines, and ended up in hospital with a nasty dose of the coronavirus. Zenitsu spent the entire year cowering in his apartment and now has an eating disorder, depression, and an addiction to social media.

As for Tanjiro, he went shopping for the old ladies in his neighborhood, learned how to play the shakuhachi, and practiced his “water breathing” technique every day at dawn in the local shrine.

In 2021, he’s set to confront some gruesome demons, including those that belong to the highest rank of all, the FAANG brotherhood.