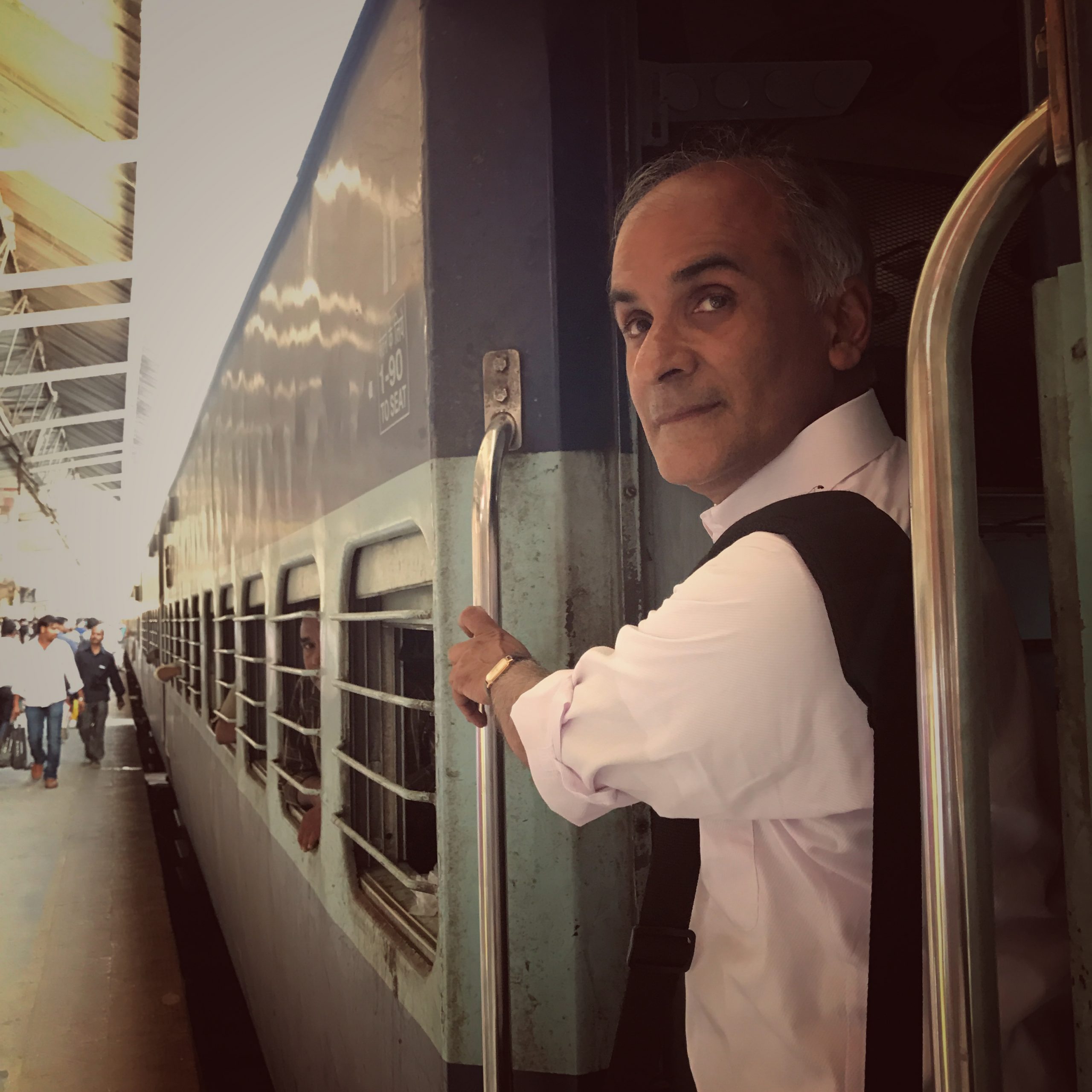 Pico Iyer is one of the most beloved and well-known travel writers in the world. One of Iyer’s most popular books, The Lady and the Monk (Vintage 1991), is about his first year in Japan, more than 30 years ago, around the old capital of Kyoto. Since 1992, Iyer has lived part of each year in a suburb of Nara, the richly historical ancient capital of Japan 20 miles from Kyoto.

Here in Part 4 of their conversation, Iyer discusses the coronavirus pandemic, how Shintō still moves in Japanese culture, travel writing, and where he feels most at home after more than three decades in Japan.


In Autumn Light, one of the family members you describe works for a major airline in Japan. The coronavirus pandemic has hit the Japanese travel industry, and many others, very hard. Do you have any thoughts about the virus and the economy and Japan’s future prospects?

Whether after the tsunami of 2011 or during the virus limbo of right now, I feel that my Japanese neighbors are less inclined than many to see reality as a shock or aberration. Where quite a few that I know in California seem personally affronted and outraged that a tiny virus could so upend their lives, most of the people around me here in Nara seem to imply that it’s in the nature of life to be difficult and our job is to work and live with that difficulty.

I suppose the heart of Autumn Light (Knopf Doubleday, 2019) is my sense that what Japan can most beautifully offer to the world right now is not the futurism its technology and big companies often represent, but its closeness to its past. Not robotics, you could say, but a seasoned and practiced approach to humanity.

I’m never surprised, for example, that Marie Kondo has gained such popularity around the world, because her practice of covering the eyes of teddy-bears before she throws them out — or asking her one-piece if it “sparks joy” — is pure Shinto, and speaks for a sense that there’s a spirit even in the things some regard as inanimate. Kondo’s “decluttering” minimalism is in perfect keeping with a society that puts faces on bottles of dish-washing liquid and conducts ceremonies to thank sewing needles for their service.

So, too, with animé director Hayao Miyazaki. His films My Neighbor Totoro (1988) and Spirited Away (1991) speak to children — but also adults — across the globe because in New York or Paris there’s less of a sense that every last blade of grass or speck of dew has a soul, and that we’re living in a charged network of living things. The indigenous peoples of the U.S. or Canada or Australia have never believed otherwise, but those of us in cities have sometimes lost that sense of a saturated universe.

A reminder that there is more to life than the future, then, is what Japan is telling us during the pandemic.

I think Japan is offering the developed world what it lacks through keeping alive many of the beliefs of its distant ancestors. People everywhere appreciate the implicit truth of such gestures or visions even if they’ve never grown up with values or beliefs that pay heed to them.

When I write in A Beginner’s Guide to Japan (Knopf Doubleday, 2019) that animé is the natural product of a culture that believes in animism, I’m hoping to suggest how it’s often Japan’s ancient, inherited vision that can sustain or delight the rest of the world, even as visions of the future are perhaps more likely to emerge from Silicon Valley or Shanghai.

Travel writers such as V.S. Naipaul, Bill Bryson, Paul Theroux, and Evelyn Waugh see vignettes and threads of meaning very differently than the way life is presented in your books. You are often doing something very different than writing about travel, although your writings are so often travel-themed. You mention in Autumn Light that if you didn’t live in Japan, you’d feel exiled for life. Is Japan the only place you have visited where it is possible to avoid exile on a tourist visa?

At this point in life I only trust those intuitions I can’t explain, and so I do indeed feel that Japan can be my home precisely because there are no practical or logical reasons I can enlist for that feeling.

I’ve never worked in Japan, I don’t eat much Japanese food, my spoken Japanese is limited and I have never undertaken any Japanese practice or worn Japanese clothes.

But deep down, at some level far below the surface, I think I recognize this society, I feel entirely at home here and, left to my own devices, I’d never want to be elsewhere. Much as we all at times meet someone with whom we have no official connection — the subject of my last big book, on Graham Greene (The Man Within My Head (Knopf Doubleday 2012) — and feel closer to that person than to our own family or friends.

I love the fact that I first set foot in Japan on an unsought 20-hour layover at Narita, as I was flying back from a business trip in Hong Kong to my job writing for Time magazine in New York City.

The last thing I wanted was to spend a few hours in an airport town, but just wandering around the central temple of Narita, and the pilgrimage streets around it, I felt such a sense of familiarity that I knew that I would feel restless and unresolved all my life if I did not come back to explore it further.

Would you call yourself a travel writer? A writer who travels?

I have long been interested in the new possibilities of our global age in which many of us feel a sense of home in many places, and find that our task in life is to bring all these homes together into a stained-glass whole.

But I’ve never been much interested in travel per se, because I was flying alone to school over the North Pole every few months from the age of nine, and had lived in Oxford and Oslo and Chicago by the time I had turned six. Travel was second nature to me, as unexciting as a trip in the local bus.

Even as a little boy, I was 6,000 miles from the nearest relative — alone at school back in England while my parents were in California and my uncles and aunts and grandparents were in India.

I always assumed that I was happy being far from many of my homes and knew, thanks to the good fortune of the age of the jet, that I could be back in any of them within a few hours.

But two years ago, in California, I was visiting a university and a student asked, “Do you ever get homesick?”

“Oh no,” I replied, more or less on auto-pilot. “I never get homesick because I’ve been away from many of my loved ones and homes all my life.”

And then I caught myself and said, “Actually, that’s not true. I am homesick, deeply homesick right now, for Japan. For its sense of scale, for all the things that are not said, for the quiet of its trains, for the bright blue springtime days.”

After 30 years in Japan, I realized that it was not just a cure for exile, but a real home.