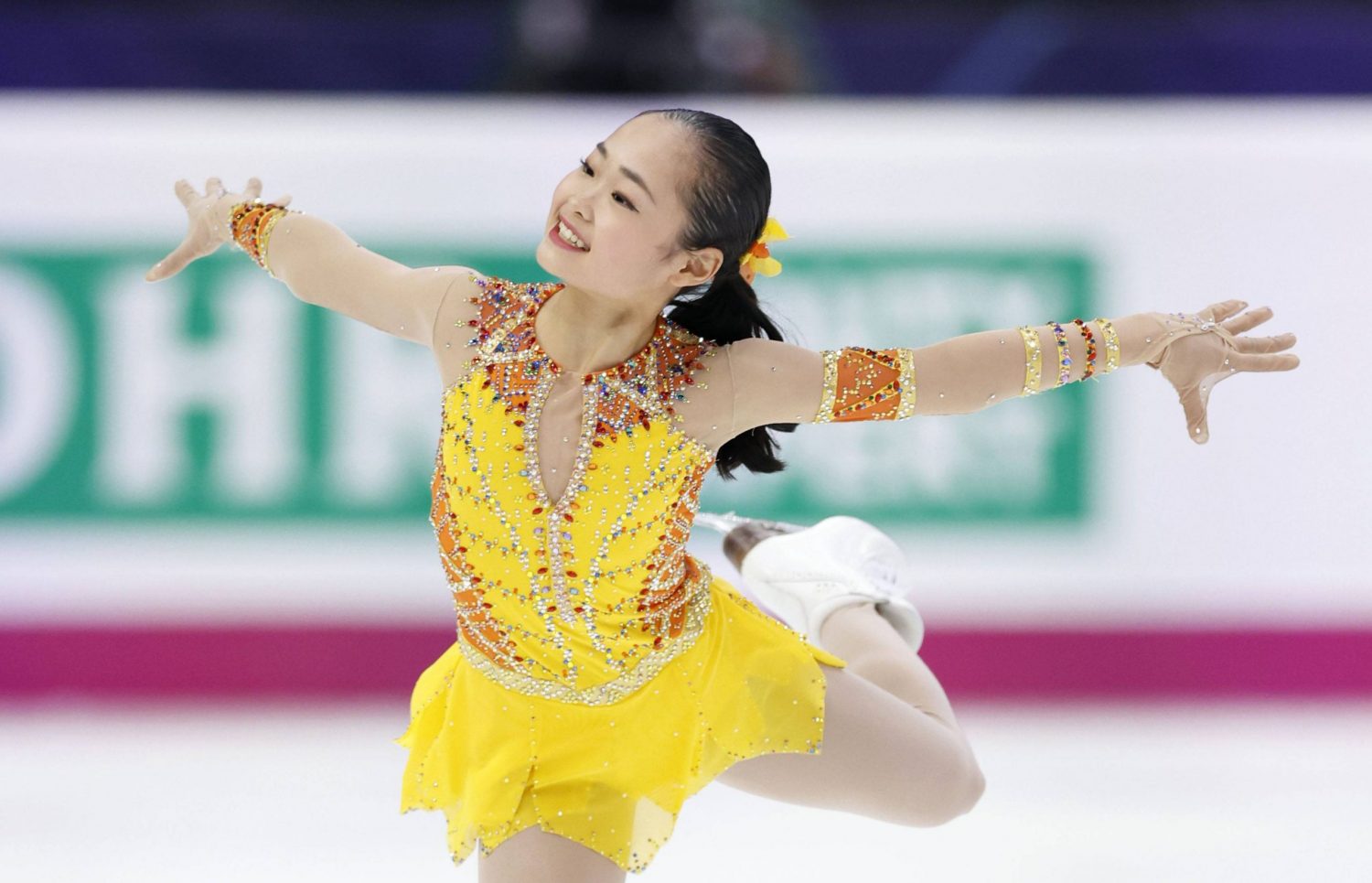 Mao Shimada competes in the women's short program at the 2022 Junior Grand Prix Final on December 8 in Turin, Italy. (KYODO)

Mao Shimada grabbed the lead after the short program at the Junior Grand Prix Final in Turin, Italy, on Thursday, December 8 with a near flawless skate. The two-time Japan junior champion is looking to add this prestigious crown to her already impressive overall showing in her first season on the circuit.

Heading into Friday's free skate, the 14-year-old from Tokyo is in first place with a score of 69.66 points, ahead of South Korea's Jia Shin, who is a close second with 69.11. Shin's compatriot Chaeyeon Kim is third at 66.71.

Shimada took the ice at Palavela Arena as the favorite, having won both of her two JGP assignments this season, and did not disappoint. Skating to "Lion King" she opened with a nice triple loop, followed by a solid double axel. She was judged a quarter short on the front end of her triple lutz/triple toe loop combination jump, but received level fours on all of her spins.