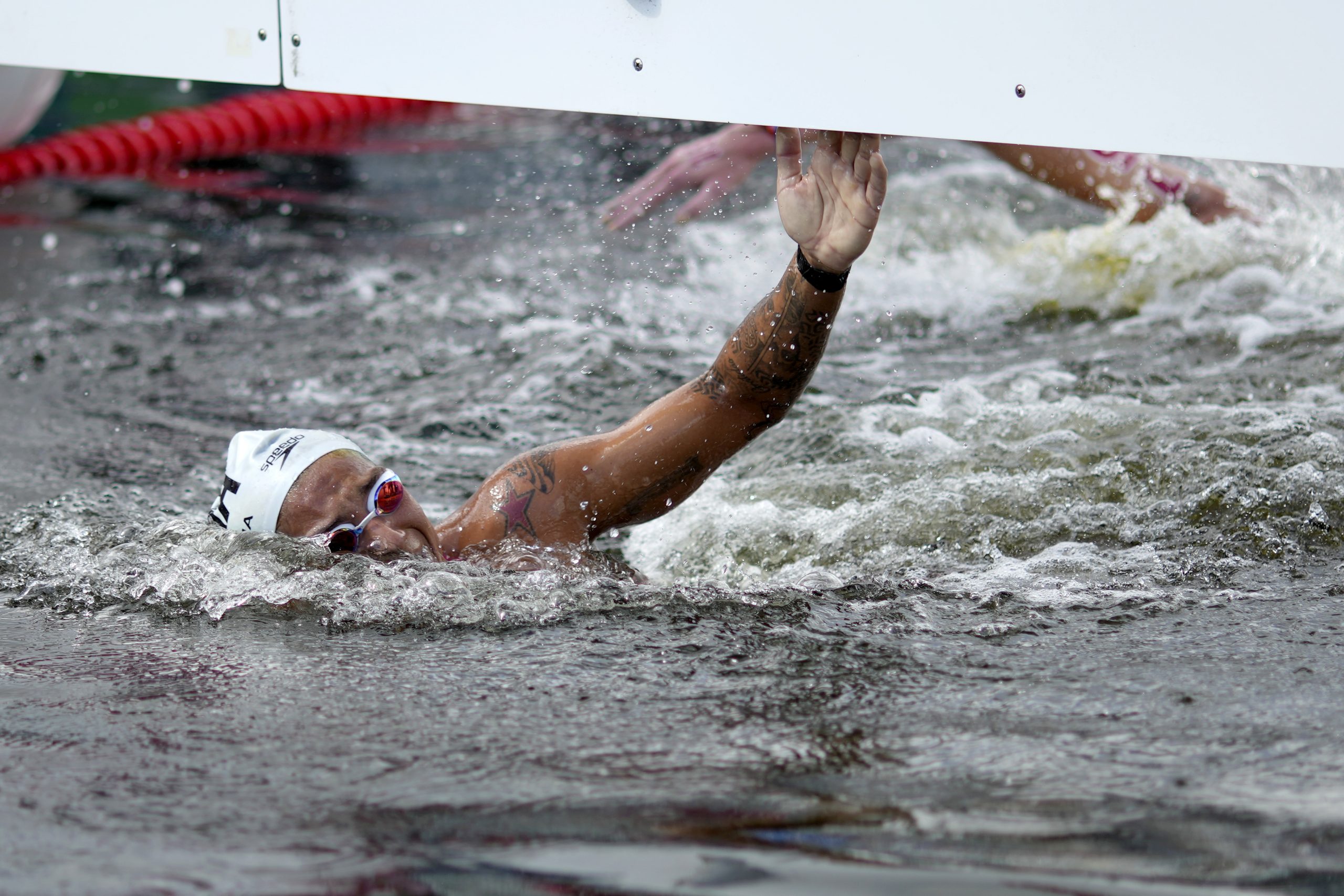 Brazil's Ana Marcela Cunha touches the timing board to win the women's marathon swimming event at the Tokyo Olympics on August 4. (AP/David Goldman)

Van Rouwendaal, the 2016 Rio Olympics champion, finished just under a second later at Odaiba Marine Park on Wednesday, August 4. She was awarded silver (1:59:31.7) and Australia’s Kareena Lee earned bronze (1:59:32.5), also with a difference of less than a second.

"I didn't plan it to happen this way, but I'm extremely happy," Cunha was quoted as saying after the race by Reuters.

Cunha placed fifth at the 2008 Beijing Olympics and 10th at the 2016 Games, making this her third appearance in the Olympics.

Cunha was consistently at the front of the pack, while van Rouwendaal had a different strategy, starting near the back and then gradually overtaking other swimmers to finish second.

Van Rouwendaal told Olympics.com: "I was one of the favorites here and that’s really, really hard in open water because everybody's looking at you, and every round I couldn't come up a little bit more in the front.”

“I’ve been at around the same level for the three Games, but I wanted to see a little higher result,” she said to NHK.

The race began at 6:30 in the morning in an attempt to avoid the extreme heat. Even at this time, the air temperature at the start of the race was 29 degrees Celsius, and it later crept up to 30. The sea temperature in Tokyo for August 4 was 27.2 degrees. The upper limit set by FINA, also known as the International Swimming Federation, for outdoor water temperature is 31 degrees.

Alice Dearing, who finished 19th, was the first Black swimmer to represent Great Britain. Before the Games, she had petitioned to wear a larger swim cap in order to protect her natural hair.

FINA rejected her bid, saying that the caps do not fit “the natural form of the head.” Danielle Obe, chair of the Black Swimming Association, told SkySports that "this will affect younger swimmers, up and coming, who might want to consider taking up elite swimming.”