Meet the Kishida Cabinet: A Few Holdovers, More Women, and a Host of First-timers 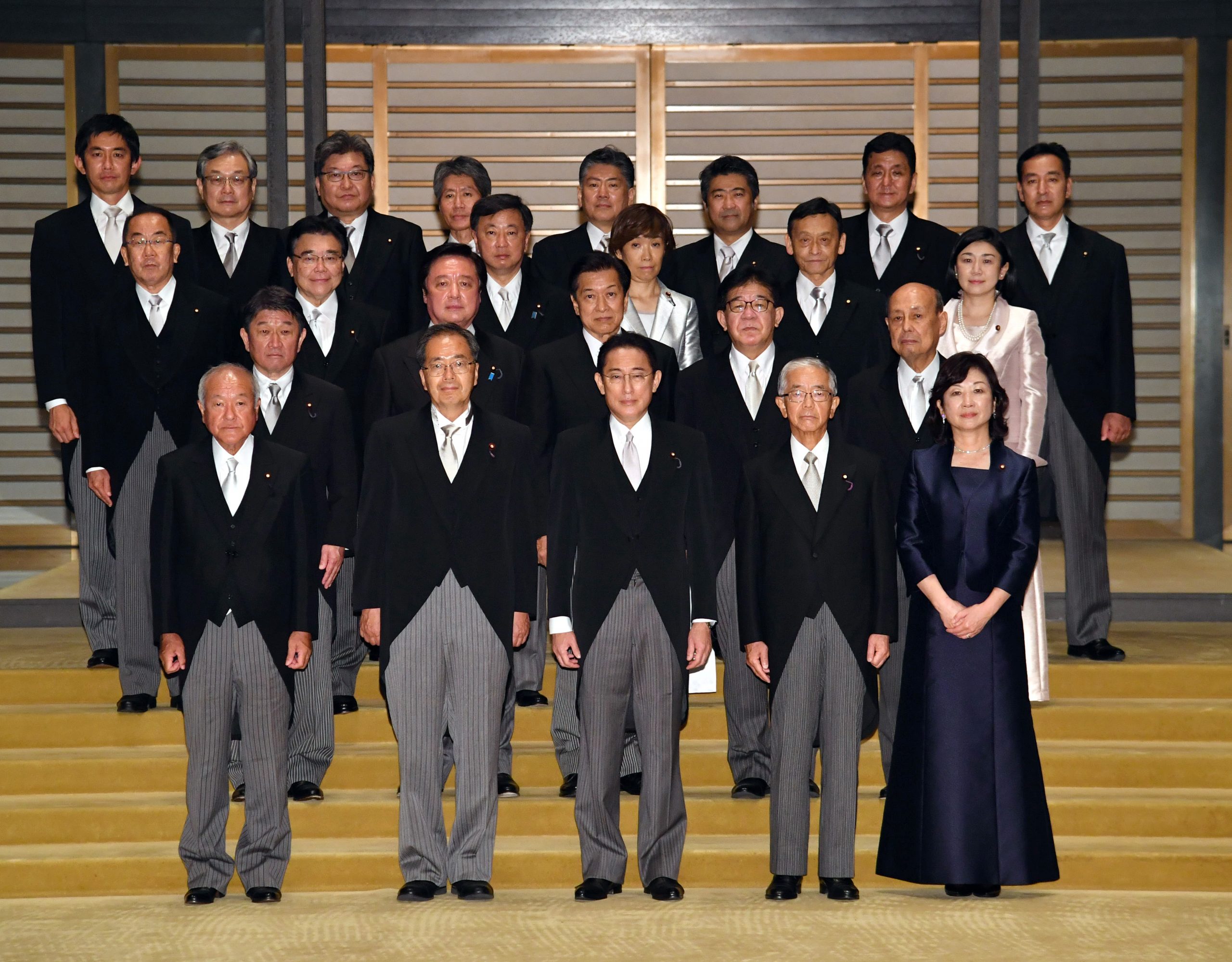 Fumio Kishida and his cabinet ministers pose for a commemoration picture during the evening of October 4.

In a move quite different from the previous administration, which focused on continuity, newly elected Prime Minister Fumio Kishida of Japan formally announced on Monday, October 4, a Cabinet that is composed mostly of allies who will be serving in ministerial positions for the first time.

Thirteen of the 20 members of the new Cabinet are first-timers, while holdovers are confirmed for three key positions. There will also be three women ministers, more than a couple that served in the past Suga administration.

Retaining their posts are:

Staying but in a different capacity:

Toshimitsu Motegi was appointed foreign minister in 2019 under then-PM Shinzo Abe. He also previously served as minister for economic revitalization, and helped facilitate the negotiation of the Trans-Pacific Partnership (TPP), signed in 2016.

Nobuo Kishi was appointed defense minister in September 2020, as Yoshihide Suga assumed office. Earlier, he served as deputy foreign minister. He is the brother of Shinzo Abe. It appears that, given the tensions in the wider Asia region, Kishida opted for continuity in these two posts.

Koichi Hagiuda will also stay, but as economic minister. This is a key post as Kishida’s campaign pitch advocated for a “new capitalism” in which Japan creates economic growth while tackling disparity.

There are three women who are part of the Cabinet:

Karen Makishima, 44, is a new face in the Cabinet. She was a member of the team in charge of proposals for the setting up of the Digital Agency.

Noriko Horiuchi, 55 and also a Cabinet first-timer, was deputy environment minister under the Suga administration.

Seiko Noda was a candidate in the September LDP leadership race. In her manifesto, she focused on improving conditions for women and children in Japanese society. She has previously held the position of Minister of Internal Affairs and Communications and Minister in charge of Women’s Empowerment, both under Shinzo Abe.

The Kishida Cabinet strikes a balance between different factions in the LDP, collecting four members from each of the Hosoda and Takeshita factions, three from the Aso and Ishida factions, two from the Nikai faction, and three from among Diet members who do not belong to a faction.

This is a rare occasion in which more than half the ministers proposed for the Cabinet have never had a ministerial position.

The new ministers (aside from women ministers Karen Makishima and Noriko Horiuchi) are:

Hirokazu Matsuno has the key position of Chief Cabinet Secretary. He was education minister in the third Abe administration in 2015, and is now chairman of the LDP.

Shunichi Suzuki is the new minister of finance, and a veteran politician who has served in the past as minister for the Olympic and Paralympic Games and minister of environment. He is the brother-in-law of and close to Taro Aso, the outgoing finance minister.

Tetsuo Saito is the new minister of land, infrastructure, transport and tourism. He was appointed minister of the environment under Yasuo Fukuda in 2008.