No More Revolving Door: Why Kishida Should Stay Longer as Japan's Prime Minister 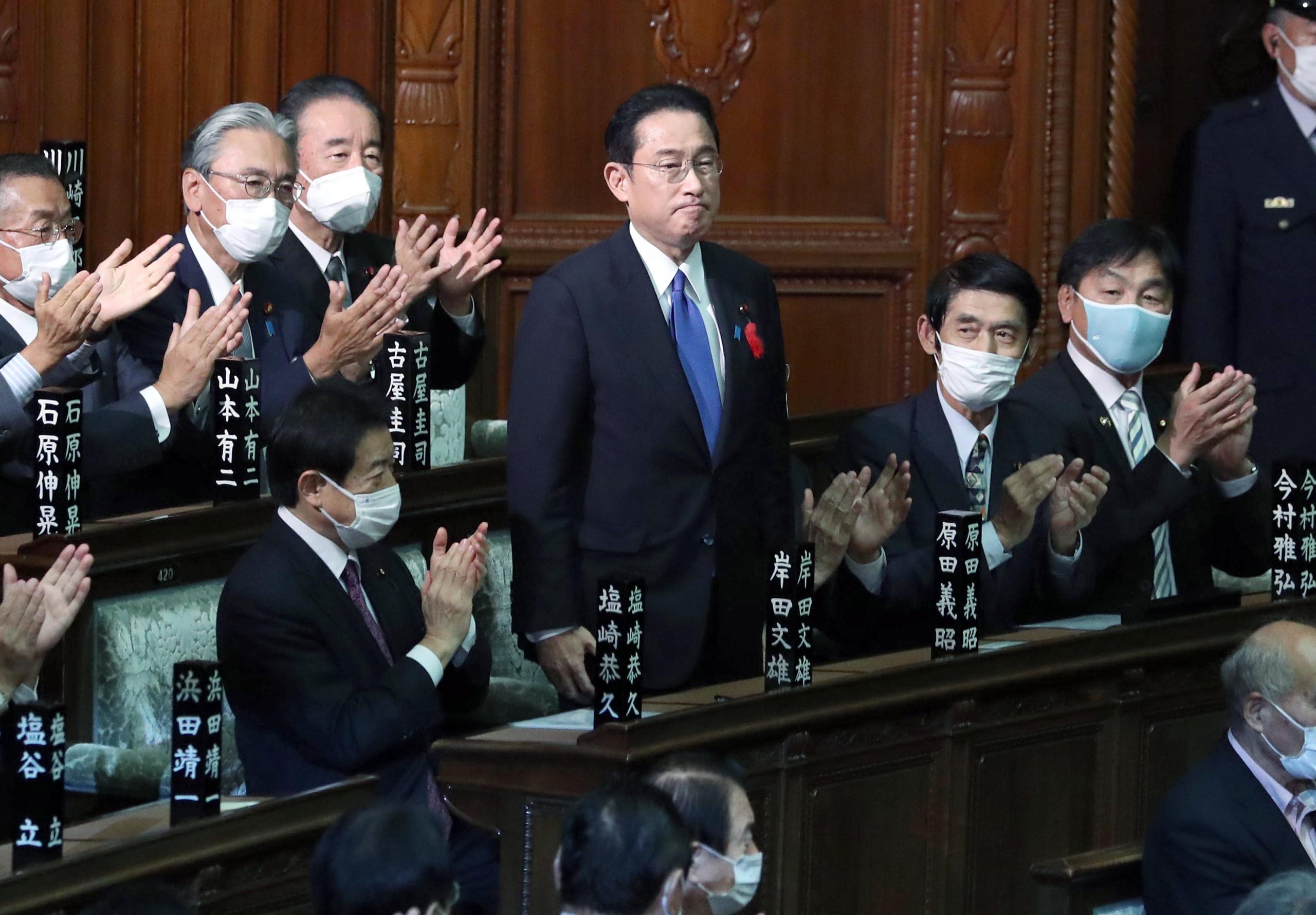 Japan’s outgoing prime minister, Yoshihida Suga, lasted just about a year. Inadequate crisis management and communication during the fifth COVID-19 wave across Japan became his undoing to a large extent.

The COVID crisis marked his administration for failure, despite a commendable job on several fronts, including the successful conduct of the Tokyo Olympic and Paralympic Games during a pandemic. Moreover, with fewer defining signature policies and lack of charisma, Suga could never really emerge from the imposing shadow of his predecessor, Shinzo Abe, Japan’s longest-serving prime minister.

Thus, amid a rapidly declining support base within the ruling LDP and among the Japanese public, it had fast become a reality that, without a change, the LDP’s prospects in the upcoming general elections in November would be meager.

The incoming PM Fumio Kishida is known for having prepared to become Japan’s prime minister for many years, perhaps longer than any other to hold the office. He can also claim the record as the longest-serving foreign minister in the country’s post-World War II history.

The LDP, with its core competency to preserve power as the ruling party, has dominated postwar politics in Japan. However, there are also apprehensions accompanying Suga’s departure and Kishida’s rise that cannot be overlooked. Will Japan in fact return to the pattern of revolving-door prime ministers with one-year tenures that were characteristic of Japan’s politics prior to 2012?

The LDP needs to avert this perception.

Current times are filled with mounting tensions with North Korea and relentless Chinese belligerence. They are pushing the envelope of security challenges to critical levels. Japan’s strategic rivals will cash upon the symbolic political vulnerability of a weak or meek prime ministership.

There is the constructivist concept wherein identity, norms, and interaction of personalities remain vital components of foreign policy. Ultimately, the decision-making is an outcome of how individual political leaders, who are bestowed with power, perceive and analyze events, and the motivations that bear upon the conclusions they reach.

In this light, whether it is the outgoing Suga or the incoming Kishida, Japan’s political leadership will face a key balancing act. It must come to terms with growing domestic concerns about China’s predatory security posture and policies, the centrality of its focus on its security alliance with Washington, and developing key equations with allies and partners in the Indo-Pacific.


Challenges in the East China Sea

Kishida, as a non-controversial moderate, can be expected to showcase a balancing act of Japan’s great power relationships. However, this should not occur at the cost of Japan’s own security and strategic concerns, especially in the East China Sea.

This, in all probability, will be an uphill task for Japan and Kishida, as Beijing’s relationships are not just turning bitter with Japan’s major security partners, but also with Tokyo itself on many fronts. Kishida cannot afford to appear to engage with China at the cost of seeming to bow to it on critical strategic and economic issues.

Beijing under Xi Jinping has pursued a mercantilist strategic agenda across the Indo-Pacific, backed by the leverage it gains from its hard-bargain economic policies and territorial cartography across Asia.

The larger strategic realities that confront Japan’s national security interests today should not be compromised on account of the various political ideologies and camps existing within the LDP.

Japan, now under Kishida, stands at a delicate crossroad with a very thin line dividing domestic politics from its overall strategic thinking, including debates on defense policy and balance of regional military power.

The regional security realities in Northeast Asia have changed drastically and are pushing Japan towards reforms that would ensure greater self-reliance. The LDP leadership, sooner or later, will have to push for efforts towards strengthened legislative foundations for Japan’s security to enable it to provide seamless responses to all levels of crises.


Ensuring the Security of Japan

To the political and military realist, the situation as it stands today calls for the continuance of the robust United States-Japan alliance. Such is necessary to provide credible deterrence amid a flood of strategic activity in the East China Sea, which inherently threatens regional peace, stability, and security.

RELATED: Japan Officially Calls Out China on Law Allowing Use of Lethal Force on Foreign Vessels

After all, it cannot be denied that the U.S. remains the pivot for the defense of Japan. Additionally, it serves as a security balancer for the entire region.

As Kishida takes over the PM’s office in Japan, the debates on competing policy approaches to national security and national identity will continue, along with some clashing political visions within the LDP and among domestic constituencies.

However, ultimately what needs to be borne in mind throughout all policymaking is the overarching principle that the sovereignty, territorial integrity, and the security of Japan shall prevail at any cost.