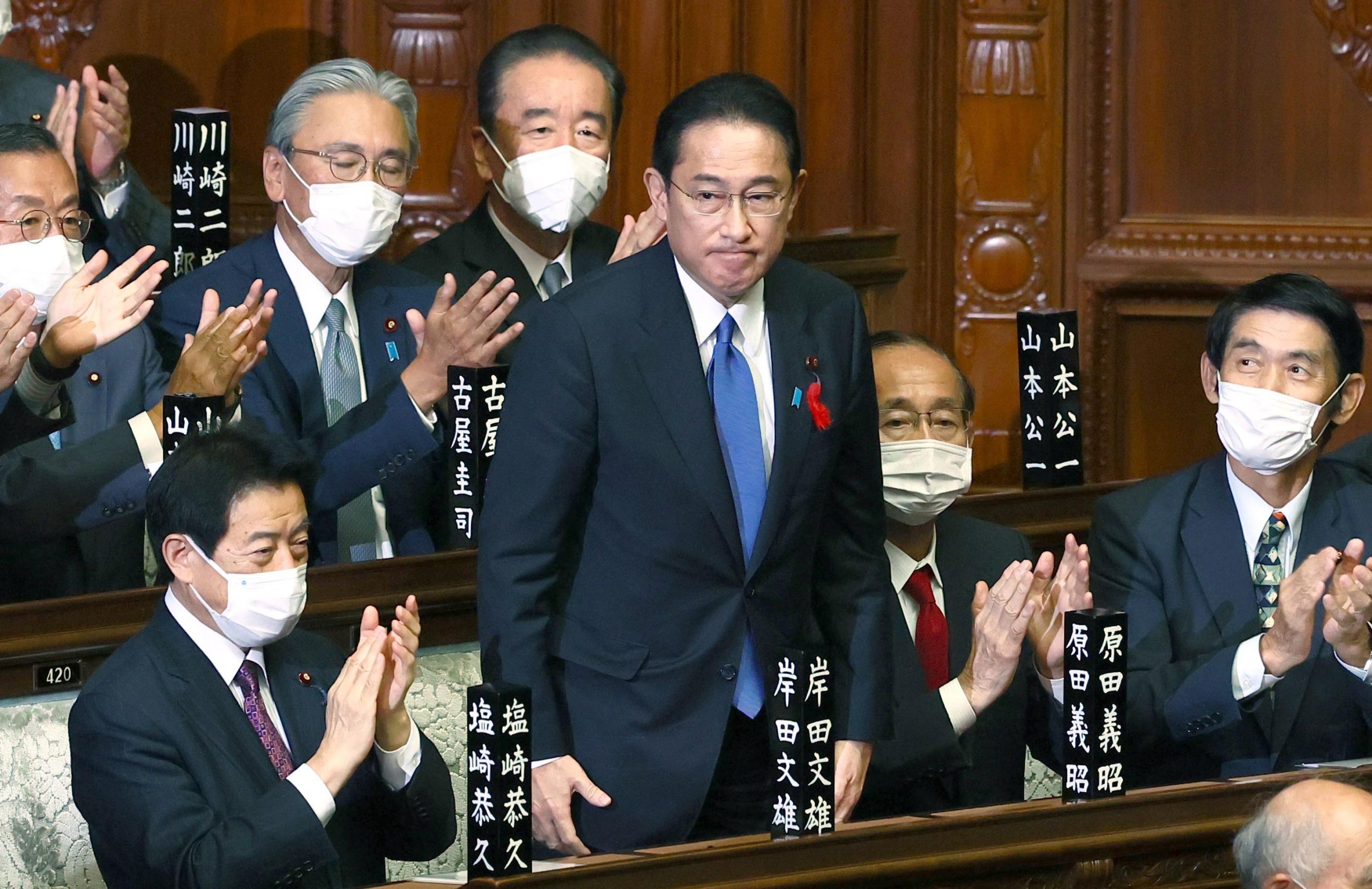 Fumio Kishida is confirmed the 100th Prime Minister of Japan.

Fumio Kishida was elected the 100th prime minister of Japan on Monday, October 4, after being officially voted in by both houses of the National Diet.

The vote was largely a formality as Kishida’s party, the Liberal Democratic Party (LDP), and the smaller ruling coalition member Komeito, hold a majority in both houses of the legislature.

Earlier in the day, Kishida proposed to hold the next national general election of the House of Councillors on October 31, a few weeks earlier than the originally anticipated schedule of early to mid-November.

The foreign minister from 2012 to 2017, the Hiroshima native Kishida has vowed to make economic recovery his focus after COVID-19, and work towards decreasing income inequality between all members of society. On the foreign policy front, he said he intends to continue Abe-administration policies, such as the Free and Open Indo-Pacific initiatives.

Kishida prevailed as leader of his party after a tight vote against Taro Kono, Sanae Takaichi, and Seiko Noda on September 29, in which the first round voting was split, forcing a second vote. Kishida then went up against Taro Kono, scoring the LDP leadership by a strong majority.

Kishida, 64, succeeds Yoshihide Suga, 71, who in turn took up the role in September 2020 after Shinzo Abe resigned for health reasons.

At 1:40 P.M., as voting finished at the National Diet, Fumio Kishida was confirmed as the Prime Minister of Japan.

In the Lower House, he received 311 out of the 458 total votes, as ballots split largely along party lines. Opposition leader Yukio Edano of the Constitutional Democratic Party of Japan received 124 votes.

In the House of Councillors, Kishida also gathered an absolute majority of 141 votes out of 236. In that chamber, Edono collected 65 votes.

Having won a majority in both houses on the first ballot, Kishida was confirmed as prime minister and set about establishing his administration.

The new prime minister also formally announced the names and positions of his Cabinet ministers on October 4.

Kishida is set to hold a press conference in the evening of October 4 to formally announce his policies as prime minister.

The new prime minister will also visit the imperial palace that same evening to be formally appointed by Emperor Naruhito.

Earlier on October 4, Kishida announced his proposal to hold a general election for the House of Representatives on October 31, a few weeks earlier than expected.

The timing of the vote would mean that Kishida would have to skip the G20 Summit scheduled for October 30 to 31 in Rome.

The Prime Minister is expected to attend the COP26 United Nations Climate Change conference in Glasgow, however, according to a Kyodo News report citing people close to Kishida. The climate summit is scheduled for October 31 to November 12.