Metaverse: Alternate Reality is the Next Big Thing After Social Networking 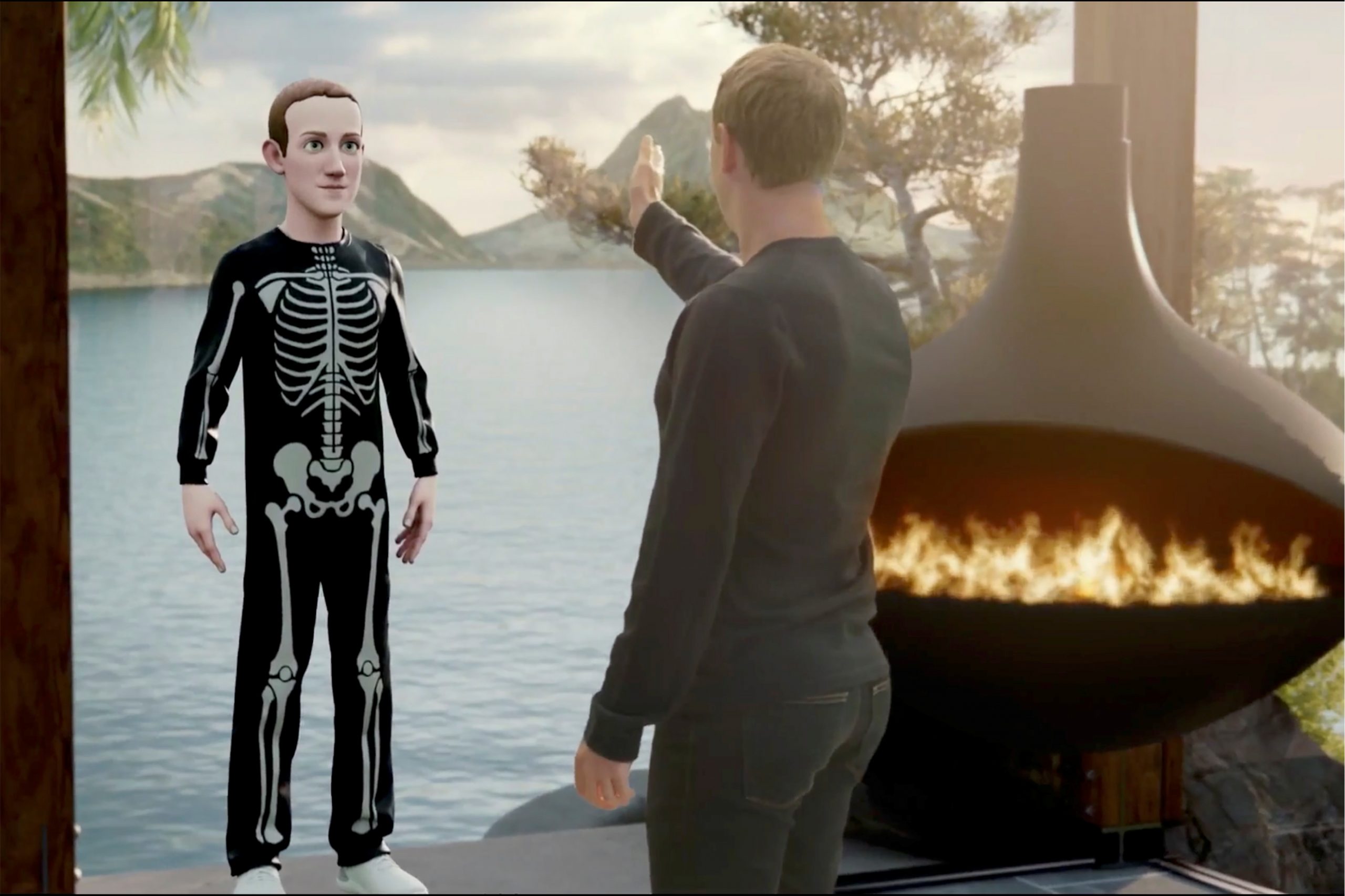 Everyone has fantasized about living and interacting in a different reality from their own at least once in their lives. The metaverse is a digital technology that realizes such fantasies by enabling one’s alter ego to walk around in a 3D virtual space in real time and interact with others in the same space.

Many tech companies have latched onto the concept. The metaverse as an online service is expected to be the next big thing after today’s social networking services, which mainly enable communication by text, images, and videos.

Ahead of the trend, the parent company of major US social networking service Facebook has changed its name to Meta, CEO Mark Zuckerberg announced on October 28, indicating a focus on developing the metaverse.


Immersed in an Alternate World

“Metaverse” is the name of the online virtual space that appears in the novel Snow Crash (Bantam Books, 1992, latest edition by Spectra) by American science fiction author Neal Stephenson. The term combines the prefix “meta” (meaning “beyond”) and “universe,” but a clear definition has not been established.

In the broad sense of immersing oneself in another world, the role-playing game Dragon Quest, which is considered a national game in Japan, can also be regarded as a kind of metaverse. Many gamers found themselves absorbed in the adventures of another world while listening to the classical-style music composed by Koichi Sugiyama, who passed away at the end of September 2021.

During the technological revolution of the 1990s, Japan was a leading country in the metaverse concept. In 1990, Fujitsu officially launched the Fujitsu Habitat, an online chat service with 2D graphics, which became the forerunner of the massively multiplayer online role-playing game (MMORPG).

In 1997, under the initiative of the Ministry of Trade and Industry (currently the Ministry of Economy, Trade, and Industry), NTT Data Communications (now NTT Data) conducted test runs of its 3D virtual space Machiko, which could also be used for e-commerce. After the service was commercialized in March 1998, it hosted a total of 300 stores and had 75,000 users at one time. This was when the internet was run through phone lines instead of fiber-optic lines, so young users would chat and shop online during the late night and early morning when phone charges were fixed.


Changes in the Game Industry

In 2003, the app “Second Life,” developed by US-based Linden Lab, became a hot topic when users started trading land and Toyota and Nissan opened stores in the virtual space. But the boom didn’t last because of limited internet speed and computer graphics at the time.

The recent buzz around the metaverse can be attributed to changes in the game industry as well as advances in communication technology.

Most mainstream games are “open world,” which means it is up to the player to decide what to do or how to play.

A player could choose a storyline that involves defeating enemies and saving the world, or enjoy an otherworldly experience by collecting rare items. The secret to the popularity of Animal Crossing: New Horizons, Nintendo’s smash-hit game for home consoles released in 2020, is that players can enjoy a wide variety of activities, such as collecting insects, fishing, and making clothes and furniture to sell.

To expand the players’ possible range of actions, the game world must be designed in utmost detail, including scenery that changes over time, the ecology of plants and animals, and the behavior of each resident. This know-how can be used to create an alternate virtual reality that is similar to the real world.

This fall, Square Enix AI & Arts Alchemy based in Tokyo’s Shinjuku ward, an affiliate of Dragon Quest creator Square Enix that researches artificial intelligence, will be offering an endowed course at the University of Tokyo. It aims to create a “world model” that can predict the future by combining AI and simulation technology.

The metaverse, which is a recreation of reality, could serve as a testing ground for investigating how new technologies such as automated driving affect society. Professor Yutaka Matsuo of the University of Tokyo, a leading expert in AI research, describes this as “the second stage of AI research toward social implementation.”

Language barriers won’t be a problem in the metaverse as various technologies, such as automatic translation, will also be available. There may be a future where the moment we want to know something, our alter egos in the metaverse will research on our behalf and send us the information we want.

NTT is focusing on using the metaverse in its IOWN (innovative optical and wireless network) concept for next-generation high-speed communications, while Facebook has announced that it will employ 10,000 highly skilled persons in the European Union over the next five years. Devices such as virtual reality (VR) goggles are further enriching the metaverse experience. Expectations are high for metaverse services to become a foothold in next-generation technology.

au by KDDI hosted the Virtual Shibuya au 5G Halloween Festival 2021 in Virtual Shibuya, a 3D recreation of the Shibuya area of Tokyo and a metaverse created by the company in May 2020, where live music and comedy performances could be enjoyed until October 31. About 40,000 entered the metaverse for last year’s event.

Restrictions on large-scale events during the pandemic have caused an increase in online metaverse events. In September, the Tokyo Game Show 2021 Online, one of the largest game exhibitions in the world, set up a metaverse venue where people could wear VR goggles and become avatars. Participants walked around the venue in VR goggles and saw “life-sized” game characters up close.

The pandemic has also spurred companies to showcase their latest technology by hosting tech events in the metaverse.