Military Activities, Amelia Earhart’s Photo, and Other Lies About Japan in Kiribati 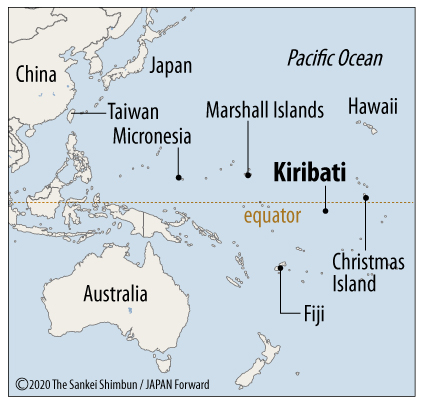 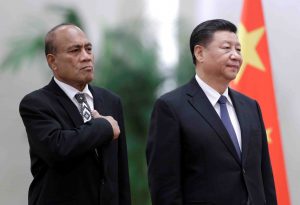 On June 23, the pro-China president of the Republic of Kiribati, Taneti Maamau, was re-elected. Maamau had suddenly switched diplomatic relations from Taiwan to China in September 2019 — news which sent shockwaves all over the world.

A few articles mentioned that the Chinese approach was similar to the development of the regionーincluding Kiribatiー by post World War I Japan.  It is not true.

Kiribati is a tiny island nation, but it is spread out over almost the same area mass as that of the United States mainland. And it has a huge exclusive economic zone — about 3.5 million square kilometers.

Also critical is the strategic location of this island nation that spreads east to west around the equator. It covers 30 degrees latitude, stretching both north and south from the equator, and is the place where tuna migrate.

Importance of Kiribati Over Time

After World War I, Japan occupied the former German colonies of the North Pacific and connected a shipping line to Kiribati, then part of what Europeans referred to as the Gilbert and Ellice Islands. There, Nanyo-Boeki and Nanyo-Kohatsu, a Japanese merchant company which set out to develop the economy of the area, opened a branch. They had already established and developed a trading business in this region.

Thus, in Kiribati the major motivating factor for Japanese occupation was economic, not military. It was only after the Manchurian Incident and Japan’s withdrawal from the League of Nations in 1933, that any Japanese military activities emerged in the mandate territory.

Japan sent about 100,000 immigrants to its mandate territory in Micronesia, of which 60% were from Okinawa, where the economy was impoverished and could not support the increasing population. Japanese colonization was not a process of Imperialism, but merely economic development, following international law, i.e. the Treaty of Versailles.

Even after WWII, the Japanese developed the local fisheries in Kiribati, along with the human resource development of the local people. The Japanese relationship with Kiribati was totally different from that of the People’s Republic of China (PRC) today.

Today, there are two maritime human resource development centers: Fisheries Training Centre (FTC) and the Maritime Training Center (MTC), supported by Japan and Germany, respectively. Both have produced many excellent world-class marine experts from Kiribati that, in turn, contributed to the country’s GDP.

Japanese economic development in this region was studied by Professor Tadao Yanaihara in 1933. 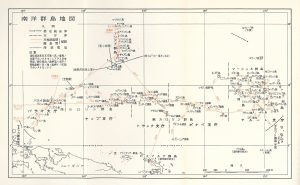 Kiribati’s Role in the Earhart Mystery

In 2017, the well-known History Channel broadcast a program which spread false information about America’s most famous air heroine, Amelia Earhart. The report included what was touted as a possible photo of her and her colleague Fred Noonan, taken in the Japor port of the Marshall Islands, which was a Japanese mandate territory at that time.

Amelia and Fred had disappeared somewhere in the middle of the Pacific in July 1937. The History Channel documentary argued that the two were captured by the Japanese, and later on were executed. The program got a lot of press and worldwide attention.

This ”news,” however, was proven to be rubbish soon after it came out, as a Japanese blogger found that the photo had originated from a coffee table picture book published two years before the two aviators disappeared. The broader public learned about the photo through SNS, thanks to a Japanese blogger who wrote about it.

However, there is new evidence that this photo was taken even earlier than the coffee table book publication — between August 27 and 30, 1933 — when Professor Tadao Yanaihara visited the former Japanese mandate territory as part of a research mission for the Institute of Pacific Relations (IPR). 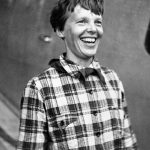 Photo from the Amelia Earhart Documentary 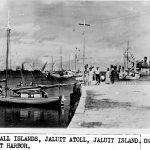 Amelia Earhart Documentary wrongly claimed this 1933 photo was from 1937 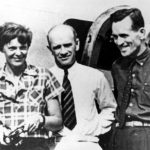 Professor Yanaihara had departed from Yokohama on July 3, 1933, and returned on September 16, 1933. He visited Saipan, Yap, Palau, Chuuk, Pohnpei, Kosrae, and the Marshall Islands. He made another trip in 1934 as part of this same research mission. However, at that time, he only visited Yap.

Yanaihara wrote a very detailed report on this trip in both Japanese and English. The English version was published in 1940 by Oxford University Press. The photo which the History Channel had used for their fake documentary was printed only in the Japanese publication as part of an appendix outlining his diary.

The caption of the photo said: “The steamer on the right is for the inland route. On the left is a liner for the remote island route, and the sailing ship is an islander’s ship.”

Yanaihara’s diary included many photos of places he visited. Some of the photos included himself. It is not known whether Professor Yanaihara, his colleagues, or someone else took the actual photo of Japor port in the Marshall Islands. But at least this photo was taken in August 1933, and his book in Japanese was published in 1935. So it is impossible for this photo to have been taken in 1937 when Amelia Earhart vanished.

The book by Yanaihara is very important for scholars of the Pacific. For example, after the war a senior official of the U.S. government in Guam referred to this work as providing the most important information on Micronesia. He asked Yanaihara to bring a copy when he visited Tokyo, according to a paper written by Yanaihara’s son, Professor Katsu Yanaihara. The son was himself a prominent Japanese academic in the field of economics.

Yanaihara’s Research and Its Relevance Today

Over the last few weeks I reread Yanaihara’s book as part of my research for a new book on the Pacific Islands and suddenly remembered the photo.

From 1922 to 1937, Yanaihara was in charge of the Colonial Policy class developed by his teacher, Dr. Inazo Nitobe, at the Imperial Tokyo University. In 1937, Yanaihara left the university. Actually, he was fired by the government because he criticized Japanese military activities in China. After the war, he returned to the University of Tokyo and subsequently became its president from 1951 to 1957.

His research trip to Micronesia from July to August of 1933 also had the role to assess whether or not Japan had developed any military facilities in these islands. This topic had been argued in the League of Nations, as the Treaty of Versailles prohibited any country that had a mandate territory from establishing fortifications or military and naval bases.

In 1933, Professor Yanaihara subsequently reported that there were no military activities in the Japanese Mandate Territories of Micronesia. Yet, it is ironic that his photo was used by some U.S. citizens — and the media — to spread erroneous news about Japan.

Former President of Kiribati, Anote Tong, who in 2013 switched diplomatic relations from PRC to Taiwan, revealed that during the last election PRC made many promises of economic development with the people of Kiribati. The world should watch closely to see how the PRC keeps those promises.