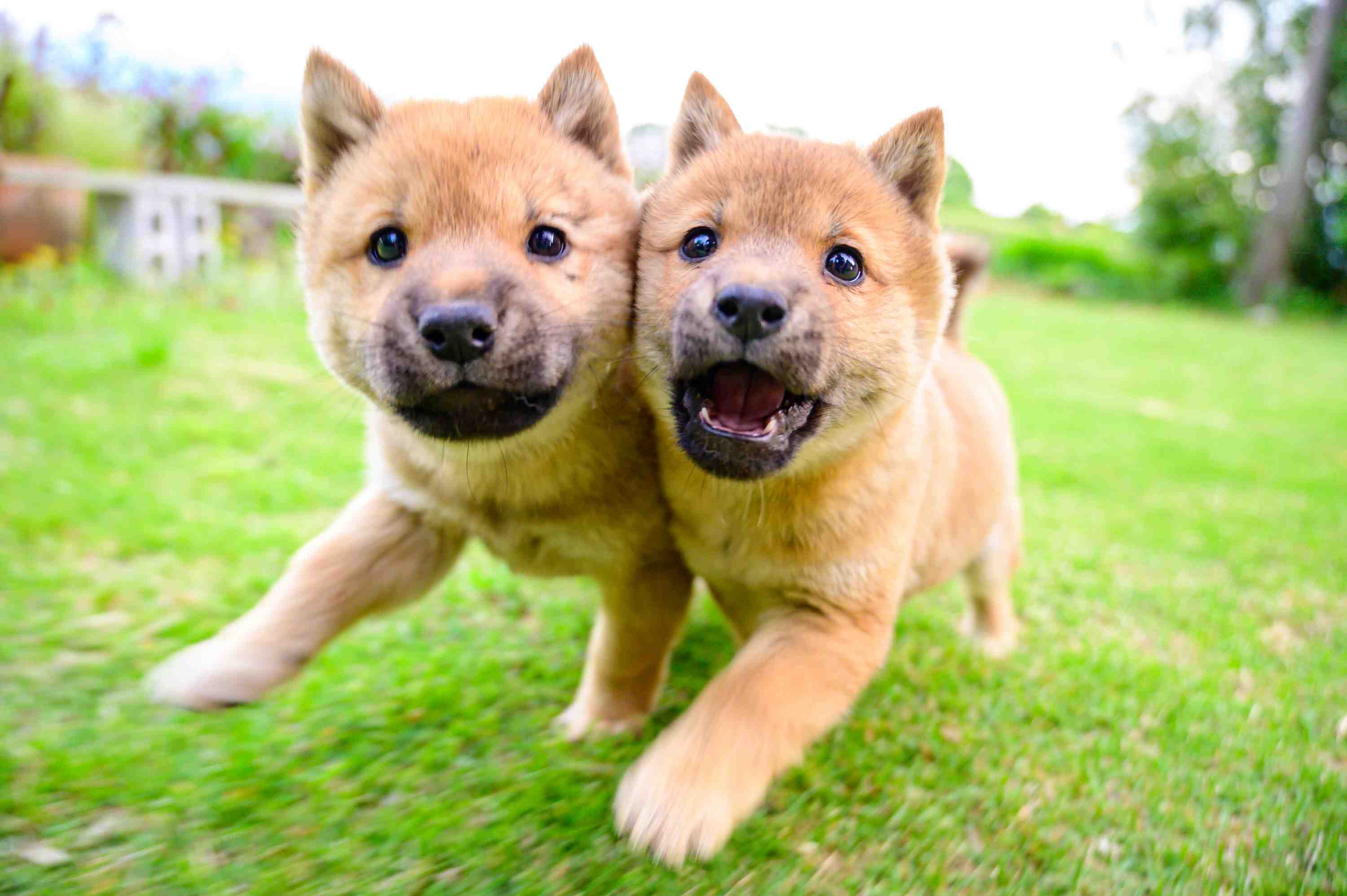 A photo of two San’in Shiba-inu dogs, a breed which is indigenous to the San’in region of Japan, became a hot topic after it was posted on Twitter. Taken by Tetsuya Yutaka, 42, a professional photographer from the town of Oyama in Tottori Prefecture, the photo is a portrait of his two puppies running with their faces close to each other.

Comments were posted on Twitter one after another, saying “a fantastic scene of synchronization” and “a miracle shot”.

“The god of photography gave me this shot,” Yutaka said as he recalled the moment the photo was taken. 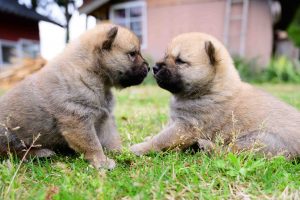 The pair of puppies are a male named Komatsu and his younger sister, Shizuku. The shot of the two puppies running in sync toward the camera is truly impressive.

Yutaka tweeted the photo with the message, “The puppies put their faces close to each other while running, providing me a chance to for a once-in-a-lifetime picture.” The post drew favorable comments on Twitter, including “good shot” and “cute and relaxing.” There was also a tweet saying, “they’re almost like Orthros,” comparing the puppies in the photo to the two-headed watchdog of Greek mythology.

The photo was taken up by social media and TV broadcasters, with retweets topping 20,000, and “good!” comments totaling 85,000. 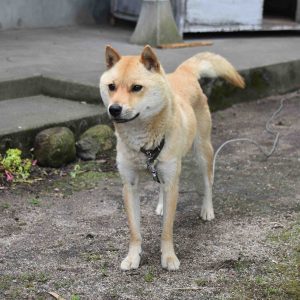 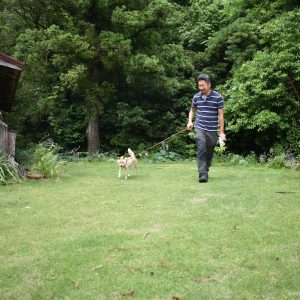 Ytaka taking a walk with the dogs 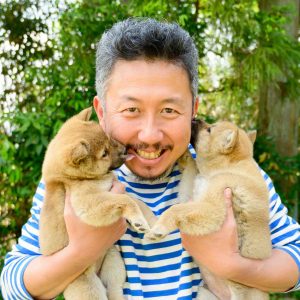 The San’in Shiba-inu is a species of Nihonken (Japanese dog) indigenous to a specific region of western Honshu along the Sea of Japan. With its gentle and obedient character, the species is categorized as a small-breed dog noted for its toned bodies.

The population had once dropped to about 20, but has recovered to about 450, thanks to efforts such as those made by the San’in Shiba-inu Association. In recent years, more and more people have sought this species of dog, thus boosting their popularity to such an extent that breeding cannot keep up with the demand.

Yutaka’s first dog arrived following the birth of his eldest daughter in August 2018. He had been trying to find a dog about the same age as his daughter. After learning about the San’in Shiba-inu, he became interested in the breed and was given a female puppy.

“I wanted this puppy because she looked particularly like a San’in Shiba-inu,” Yutaka explained. He named her Koharu. The puppy grew up in good health and with a good nature, and after being mated with a male dog by a member of the San’in Shiba-inu Association, delivered Komatsu and Shizuku on April 7 of this year. 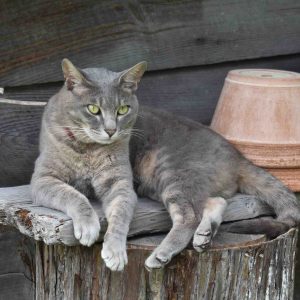 The puppies loved to chase the family cat 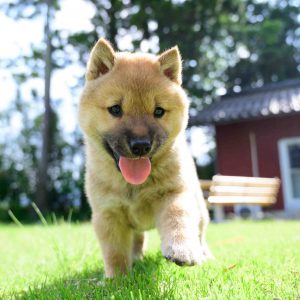 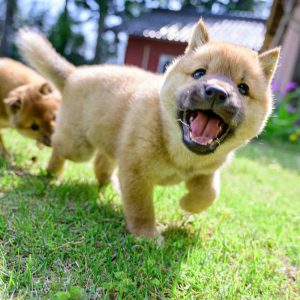 The images included those showing the puppies curling up in a bento lunch box, and falling into a rice paddy while chasing a cat, among others. As the pictures grew in popularity, the number of Twitter followers increased.

The family decided, however, that the two puppies should be given to new owners. Shizuku will go to a family in Okayama Prefecture via the San’in Shiba-inu Association, and Komatsu to Yutaka’s acquaintance in the town of Oyama.

The photo of the two puppies running with their faces close to each other was taken on June 1, just before they were handed over to their new owners.

“As the farewell came closer, I wanted to take pictures of the two cuddling up with each other,” Yutaka said. He took the shot by stepping back while pointing the camera at them from a low angle, so the shot is full of dynamism.

“Even if I were asked to take the same shot again, I couldn’t do it,” Yutaka said. “The god of photography gave me that one chance.”

Smiling wryly, Yutaka added, “I was surprised to see that the photo went viral, even though it has not won any prize.”

He prays for the puppies’ healthy growth, saying: “I hope Komatsu and Shizuku will lead a happy life. As the number of San’in Shiba-inu is still small, I am happy if the two can contribute offspring to increase the population.” 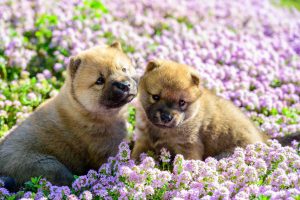 The San’in Shiba-inu siblings, before they set off on their journeys with new families

(Read the story in Japanese,  here.)