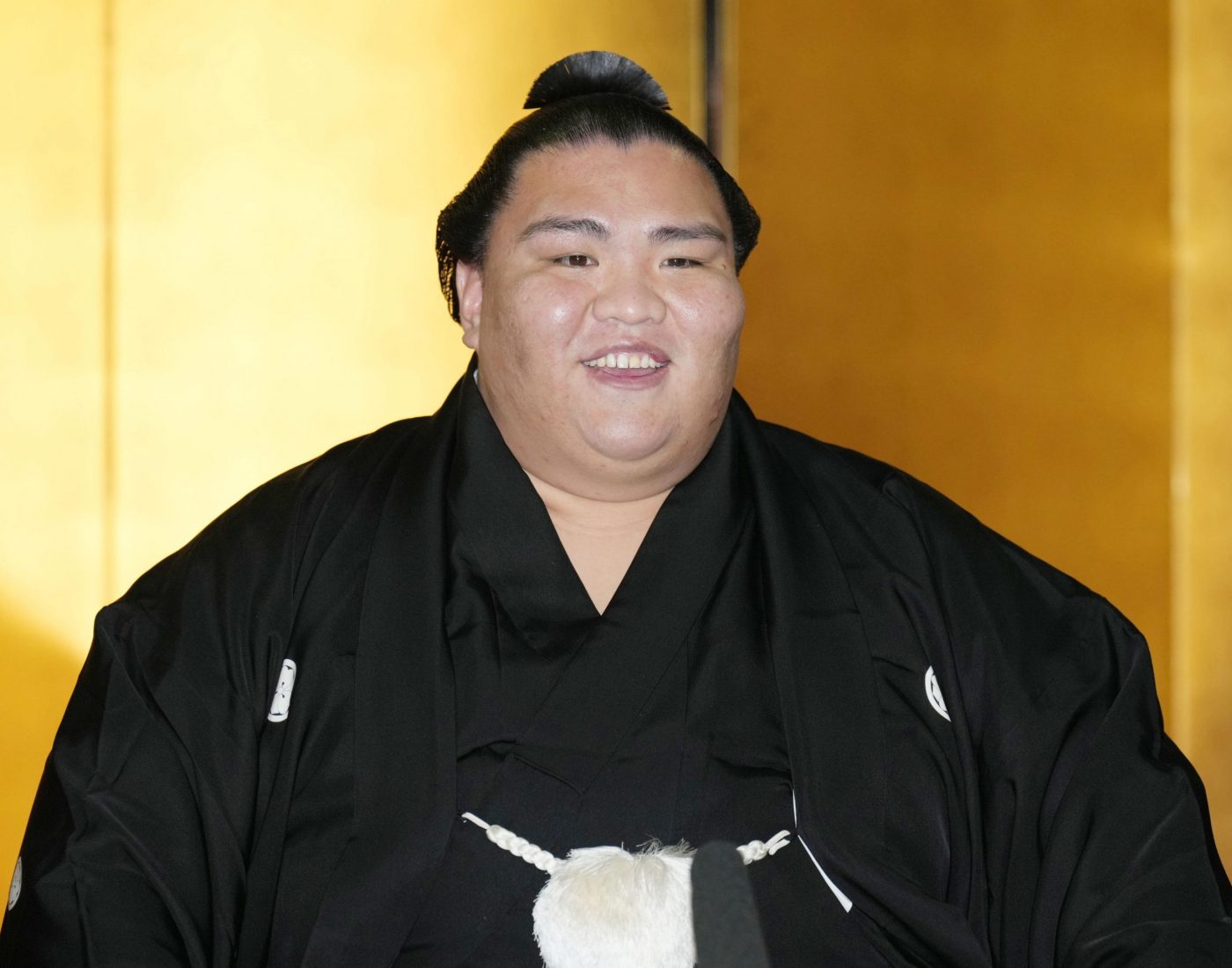 The beginning of the book The Sumo Wrestlers of Shinshu (2008) by Toshiharu Kyosu, a sports journalist who has written about sumo for many years, discusses the career of the legendary sumo wrestler Raiden Tameemon.

Born Seki Tarokichi, the son of a farm family in what is now Tomi City in Nagano Prefecture (then the province of Shinshu), Raiden became one of the most famous rikishi during the Edo era with a never-bested winning share of 96.2% in all his matches. His record in top level competition was 254 victories and only 10 defeats.

Despite the fact that he never was promoted to the top sumo rank of yokozuna for reasons that are not clear, Raiden held the next highest rank of ozeki for nearly two decades and is considered one of the greatest rikishi of all time.

However, for a long time after Raiden (“Thunderbolt”) retired, the Nagano area failed to produce any rikishi who made their mark on the world of sumo. In fact, it was commonly said that “the soil of Nagano does not produce sumo wrestlers.”

That situation changed when Mitakeumi entered the higher-ranking echelons of the Grand Sumo Division.

In an updated version of his book published in 2017 with the subtitle From Raiden to Mitakeumi, Kyosu writes in the Afterword that he hopes the young wrestler who grew up in the town of Agematsu in the Kiso district of Nagano Prefecture has the makings of a second Raiden.

On the final day of the first tournament of 2022 (Hatsu Basho), 29-year-old Mitakeumi used the yorikiri technique to force yokozuna Terunofuji out of the ring. With Mitakeumi’s promotion to the second-highest rank of ozeki clinched, Sankei Sports ran the headline “New Ozeki from Nagano — the First in 227 Years Since Raiden.”

According to the sports journal Daily Sports, the success of the Pride of Nagano is no fluke. Mitakeumi has received support from his neighbors throughout the process of his growth as a sumo wrestler.

Back in 1978, a sumo wrestling hall was established in the Kiso district, and dohyo rings were also built in various local communities. Mitakeumi’s outstanding physical abilities had been spotted early on, and the community’s commitment to boosting sumo spurred his own development.

Mitakeumi’s birth name was Hisashi Omichi. His mother is a Filipina who first came to Japan as a member of an all-girls band. She married Mitakeumi’s father, Haruo Omichi, when she was 20. She went back to the Philippines to give birth to Hisashi and then returned with him to Japan.

A memorable incident occurred when Mitakeumi racked up his second tournament win on the last day of the Fall Tournament (Aki Basho) in September 2019. When Mitakeumi was asked about his family by a reporter in an interview after the final match, his mother Margarita stood up and blew her son a kiss. The crowd in the Ryogoku Kokugikan erupted spontaneously into applause.

Even now, the “sumotori from the Philippines” and his mother continue to openly show each other affection, with “I love you” and “Me too” exchanges to the delight of fans.