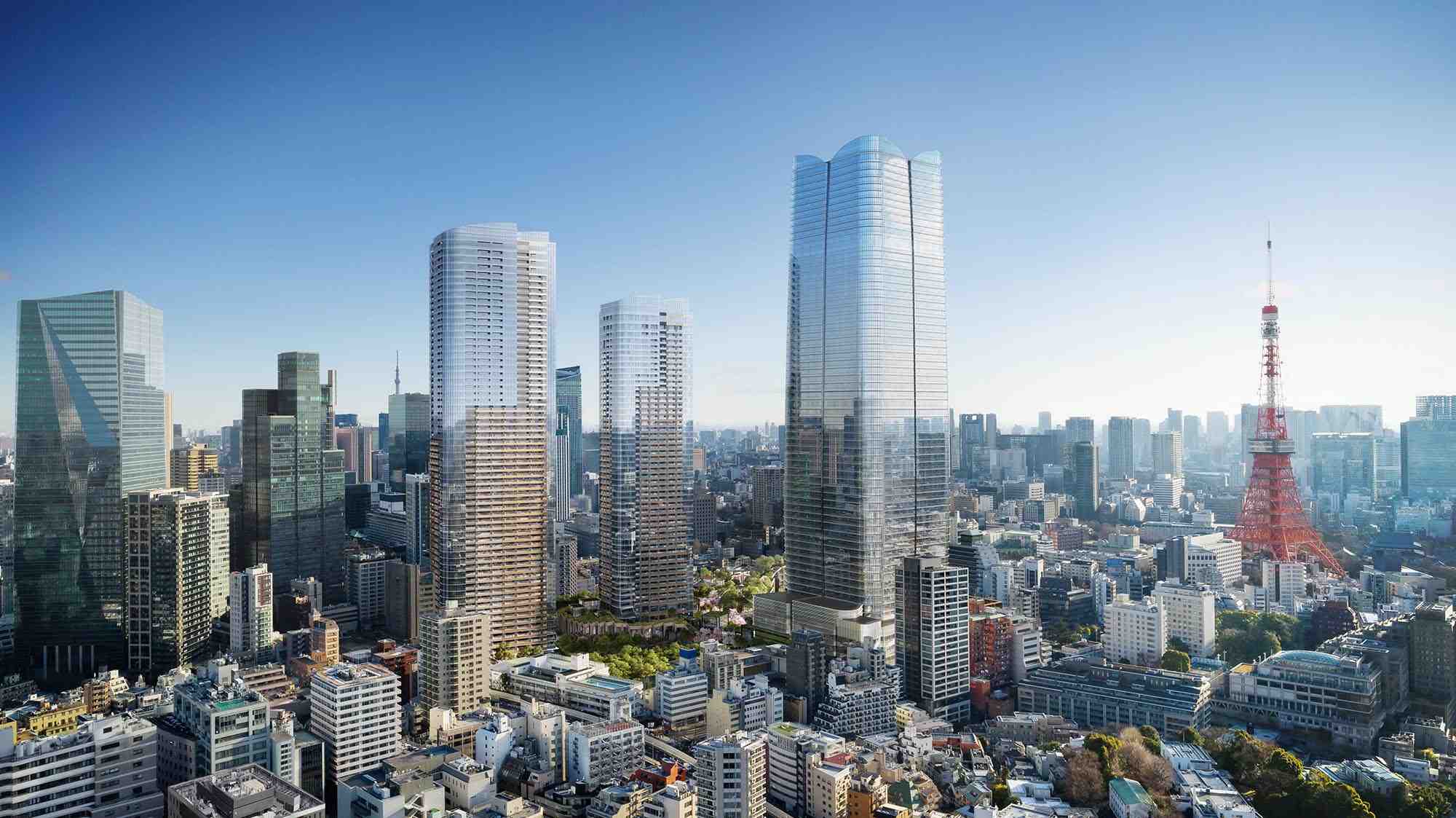 The highest building in Tokyo in 2023, a 330-meter-high tower by Mori Building Co. Ltd, is set to welcome Aman Tokyo Residences on its top floors, the company announced on Thursday, February 18.

The top of the building is almost the same height as Tokyo Tower (333 meters).  Mori Building, a major urban landscape developer in Japan, introduced progress on its latest urban redevelopment project in the Toranomon and Azabudai areas of central Tokyo. When construction is completed in 2023, the new mixed-use tower will be the tallest building in Japan, exceeding Abeno Harukas, a mixed-use development with a 300 meters high skyscraper in Osaka.

The newly announced Mori Building collaboration with Aman Tokyo will offer 91 residences on floors 54-64 of the tower. The residential properties are being designed using a hotel management model to provide privileged residential services. For example, residents will be able to enjoy a large sized 1,400 square meter “Aman Spa” in the community.

Moreover, Janu Tokyo, Aman’s luxury hotel series, will take over the 1st to 13th floors of another building in the massive Toranomon and Azabudai project.

An international school will occupy another part of the property, in parallel with the construction of the tower’s Aman Residences. The project will also include a 2.4 hectare green space.

Although the price of the residences has not been revealed, a real estate participant estimates that they are likely to start from around ￥１billion JPY ($ 9.5 million USD), comparable to price levels in similar neighborhoods of the central Tokyo area.

Shingo Tsuji, President and CEO of Mori Building Co., summed up the collaboration with the comment, “Tokyo must add to its magnetic power if it is to succeed in competing with the world’s greatest cities.”

On the company’s new residential collaboration, he added: “Aman operates diverse world-class resorts,” noting that he expects the collaboration “to provide a leading world class residential environment and hotel unlike anything ever seen in Tokyo.”

The concept behind the redevelopment project is the aim of “urban wellness”, he reminded those present, concluding: “Mori Building will enhance Tokyo’s magnetic power.”

Mizuki Okada is a staff writer for Economic News Section of The Sankei Shimbun and JAPAN Forward. She is a former corporate banker for Japanese megabank.