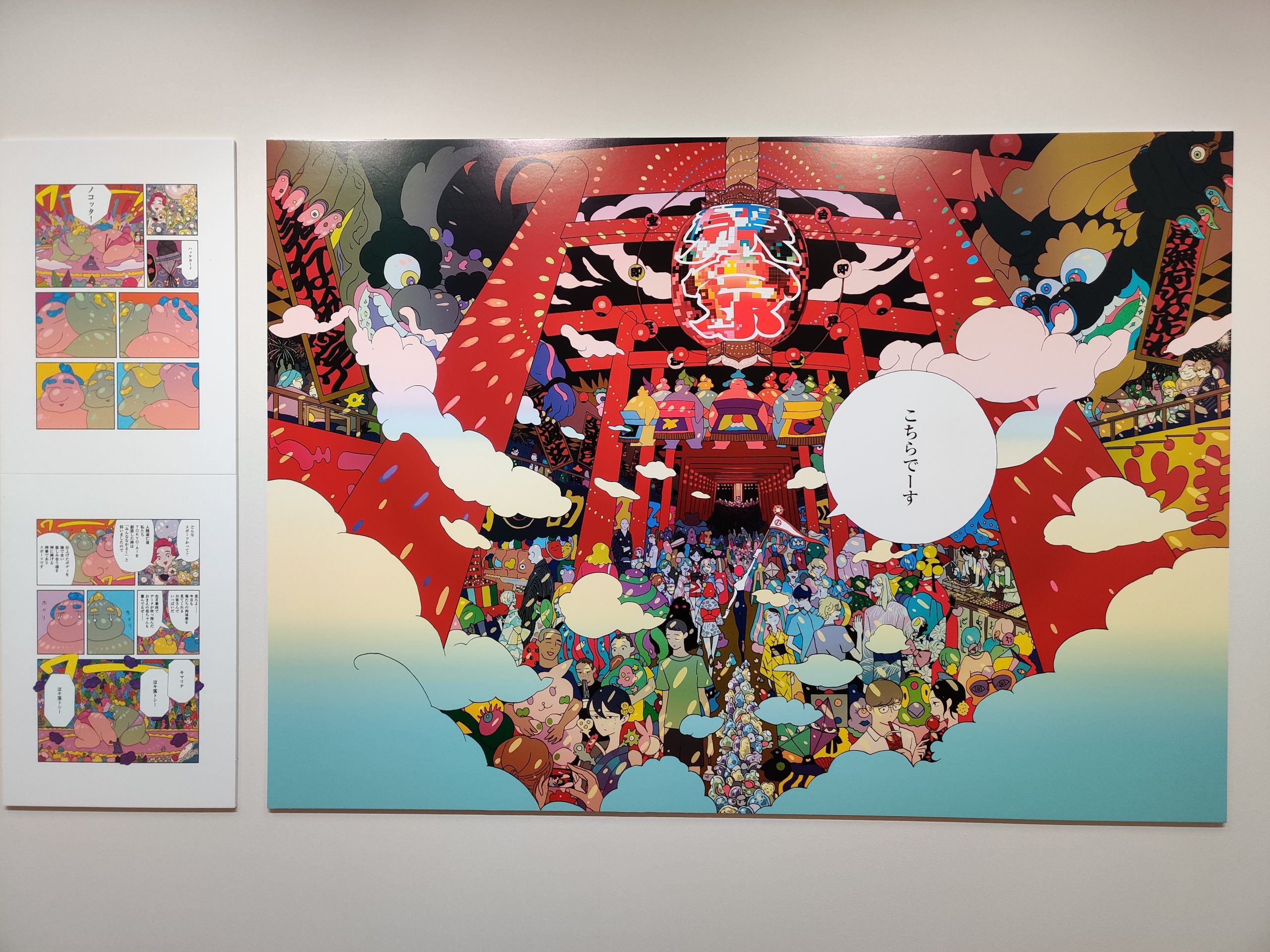 Haruko Ichikawa in the loud and visually enticing reproduction of TOKYO 20202 GOURMET/SPOT/HOTEL.

As a Tokyo resident, I have been asked many times: What is Tokyo like?

One of the largest capitals in the world with 13 million inhabitants, it’s also as multifaceted and varied as its population: cosmopolitan and divided in many small neighborhoods, a city to grow up in and one to move to for work.

How do you describe such a vast space, which is the home to so many different kinds of people?

This is what the exhibition Moshimo Tokyo (“What If Tokyo”) at the Tokyo Contemporary Museum of Art seeks to do.

Running from August 4 to September 5, the exhibition features the original works of 20 manga artists who were asked to illustrate their view of what Tokyo represents to them.

Even veteran Tokyo inhabitants might be surprised to see aspects of the city they had never thought about before.

This is true in the formats of the manga themselves: mainstream black-and-white comic strips, watercolor works, folding screens, life-size robot reproductions.

Yet the themes are just as multifaceted.

Tokyo native Posuka Demizu in Here in the City reflects on the city being a melting pot for people who are coming and going at different stages of their lives.

Haruko Ichikawa in the loud and visually enticing reproduction of TOKYO 20202 GOURMET/SPOT/HOTEL shows the wonders of a metropolis in the year 20,202.

Curator Yutaka Ishihara, who is also editor of the bi-weekly magazine Big Comic Original, explains the reasoning behind the exhibition.

Ishihara recounts that he was particularly impressed after attending a lecture at Waseda University. The lecturer asked students to draw their view of Shinjuku Station, a vibrant shopping area in Tokyo.

While many in their 60s would veer towards East Shinjuku, where the historic department stores are, the young students all drew the new hip area around the station: South Shinjuku.

“I thought that it was so interesting. In other words, depending on your generation and your environment, your view of the city changes,” explains Ishihara. “If you asked different people to draw a map of Tokyo, what different points of view would come out?”

The manga reproductions at the exhibition do just that. They are at the same time a map, an introspection, a tribute, and a living travel guide to the capital of Japan.

Ishihara explains how the inspiration of doing the jump to manga also came from this idea: “I happened to see an exhibition by a manga artist in Paris about Mexico. It left an impact on me. I thought, ‘Manga is truly an amazing way to communicate.’ What would happen if we did a travel guide about Tokyo by manga artists?”

The exhibition was originally planned for the year of the Olympics, and with Tokyo 2020 its opening was also delayed by a year. Therefore, there are also works which reflect the new feelings born from the pandemic.

One work which stands out is My Heart’s Shinjuku Hanazono Golden-Gai by Yaro Abe. The author takes the opportunity to draw “a love letter” to the neighborhood he’s been visiting for 35 years. Shinjuku’s Golden-Gai neighborhood, a normally vibrant late-night area of Tokyo, has suffered greatly under emergency measures to control the spread of COVID-19.

There is a melancholy feeling in the drawings of bars, with everyone wearing masks and sanitizing liquid on every surface, as the author himself adds the description: “Whenever I see the Golden-Gai, now with fewer lights amid the pandemic, I am filled with feelings of both love and sorrow.”

The curator Ishihara takes that thought and reflects: “With the exhibition having been postponed by a year, there were many manga artists who re-evaluated their works due to the impact of COVID. I think, if anything, the period of the pandemic added meaning to what they were doing for many artists.”

Fancy taking a trip to the metropolis of Tokyo? The exhibition can be accessed in the basement of the Museum of Contemporary Art Tokyo, until September 5, 2021.