Moving to Japan: My First Christmas in Japan 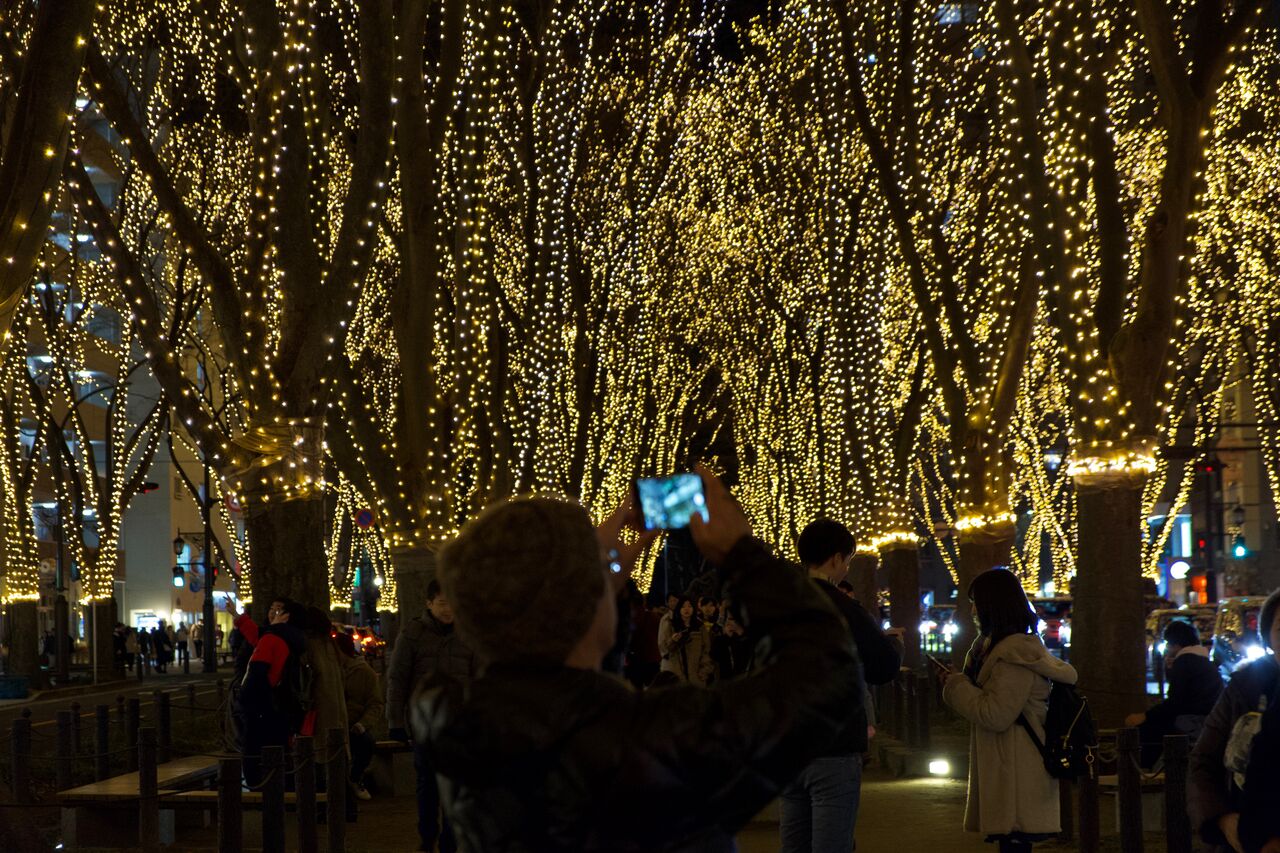 December 2018 marked my first Christmas in Japan. It was especially interesting as before the holiday I couldn’t imagine how it would compare to Christmas in the United Kingdom.

I had read about the modern-day tradition of eating fried chicken on Christmas Day, but little else. Were all the shops going to be open? Would there be Christmas lights and trees everywhere? Let’s find out…. 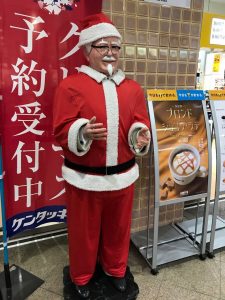 First, it’s important to acknowledge that Christmas Day is not a national holiday in Japan. Transportation runs the same as any other day, and all of the shops remain open. This is in stark contrast to the U.K., where almost every store is closed.

While December 25 is a normal working day in Japan, up until 2018, December 23 had been a national holiday in celebration of the Emperor’s birthday. The Emperor is stepping down in 2019, which means that going forward this national holiday will fall upon a different day.

Christmas trees and Santa Claus can be found everywhere throughout Japan in December. Santa Claus is affectionately referred to as “Santa-san” in Japan. This was strange to hear at first, but I now I like the sound of it.

Christmas lights also can be found everywhere in Japan. Indeed, many prefectures transform their parks and gardens into very impressive illumination displays. 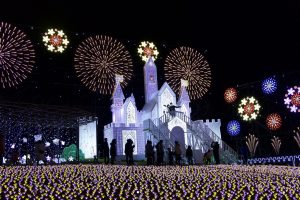 I was in Matsushima last December 23. The city is best known for the more than 200 small islands that surround its bay. However, I have a feeling that I’m going to remember it more for the people that I saw dressed as Santa Claus, canoeing first around Matsushima’s famous islands and then heading toward the bay. 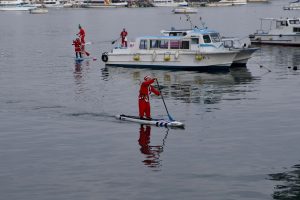 During my stay in Matsushima, I also travelled to Sendai, where the trees lining the streets were covered in endless Christmas lights. There were also many Santa’s with rickshaws taking people around town. The Santa’s would even wave at their adoring public whenever they got held up at traffic lights. 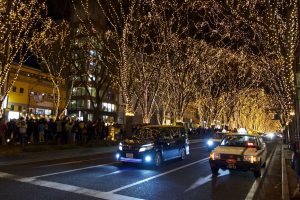 There was a U.K.-themed Christmas party in 2018 and I had the opportunity to dress up as Santa Claus for the locals as part of it. The party also included the western tradition of Secret Santa, and it was one of my responsibilities as “Santa-san” to present the guests with their gifts. The names of the recipients were written on the gifts using the English alphabet, thankfully, instead of kanji.

After handing each guest their gift, one by one their picture was taken with Santa-san. The picture was then printed out and given back to the guest with a Christmas card on the same night at the party!

Each of the schools where I work had a Christmas-themed lesson planned last year. I suspected there would be an expectation for me to talk about what Christmas is like in the U.K., so I prepared a picture-filled PowerPoint presentation ahead of time. Luckily, I was right, and I had the presentation ready. The only problem was that I forgot to take it with me to one of my classes.

Inevitably, the moment came when I walked into that one class without the PowerPoint presentation and the teacher said to me, “England, Christmas, speech, okay?” And, there I was, left to talk to about 30 students 10-11 years -old about Christmas, with no pictures and limited Japanese. All things considered it actually went rather well. The highlight was me acting out Santa drinking milk and eating cookies. Even so, I don’t think I’m going to win any awards for my performance.

I took a clean tissue from the tissue box that is inevitably found at the front of every classroom. I gave one end to a student to hold and I would hold the other end. We would then both pull the tissue until it ripped. I would yell “BANG” and declare the student the winner and explain they would get a small present from the cracker. If nothing else the students found this entertaining!

Christmas has drawn to a close for another year. However, I am happy to report it will definitely be one of the most memorable for me.

While I miss my family and friends back in the U.K., I am glad that I decided to spend the lead up to Christmas here in Fukushima. It brought me closer to everyone that I have gotten to know over the last few months.

I know what you are all probably thinking about now: did he eat fried chicken on Christmas Day? Of course, I did! It would have been rude not to, right?