NAMMCO at 30: Cuisines of the World Showcase Marine Mammals as Food 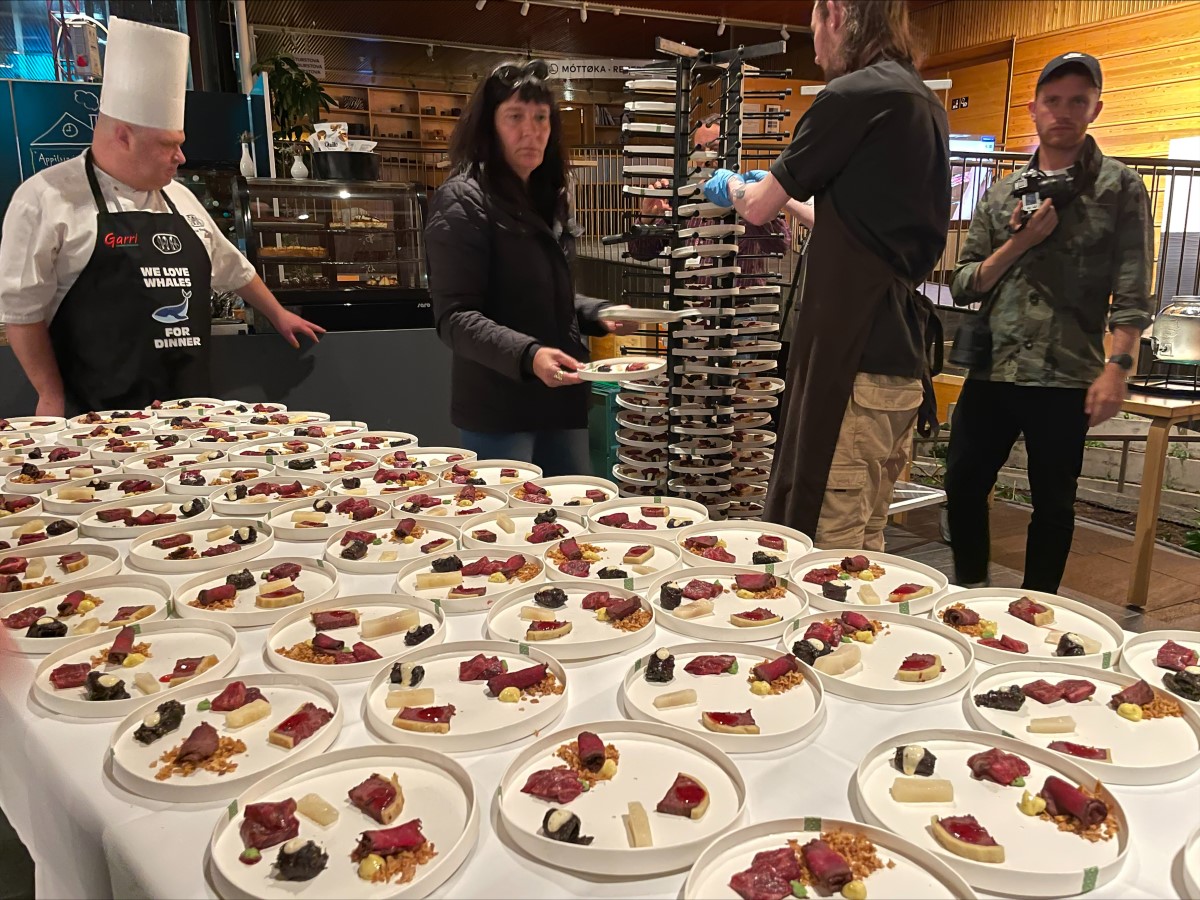 On the left is the chef of the restaurant "Three Coats" in Reykjavík, Iceland.

The North Atlantic Marine Mammal Commission, NAMMCO, is a rare international organization that openly supports discussions around hunting ocean mammals held to be sacrosanct in much of the world, such as whales, dolphins and seals.

This year (2022) is the 30th anniversary of NAMMCO's founding. To mark the event, the group held a conference and food event in the Faroe Islands, with attendees from both member countries and other nations, both pro and anti-whaling, around the world.

Aya Matsuda, a student at the prestigious Matsushita Institute of Government and Management reports on the meeting in a series originally written in Japanese for the Suisan-Keizai Daily News.

1st Part: NAMMCO at 30: Proudly Supporting Discussions on the Sustainable Use of Marine Mammals


In the Faroe Islands, meat from pilot whales taken during a drive hunt is divided among the participants. Each then takes the meat straight to their homes to eat.

Meat from a hunt is shared even among those who didn't participate. Only a small amount is left over to be sold at local supermarkets.

The amount that individuals receive varies according to their status in society. Policemen receive large allotments.

The pilot whale drive hunts in the Faroe Islands are more of a subsistence custom than an economic enterprise. There are no hard statistics, but roughly 25% of the protein that local inhabitants consume is said to come from the drive hunts.

In addition, the population of the Faroe Islands is not decreasing but rather increasing. So that the amount of pilot whale meat given to each member of the community is gradually declining.

(You can read the rest of this story and learn more about NAMMCO at this link. This article is published in cooperation with the Institute of Cetacean Research. It was first published in Japanese by the Suisan-Keizai Daily News. Let us hear your thoughts in our comments section.)