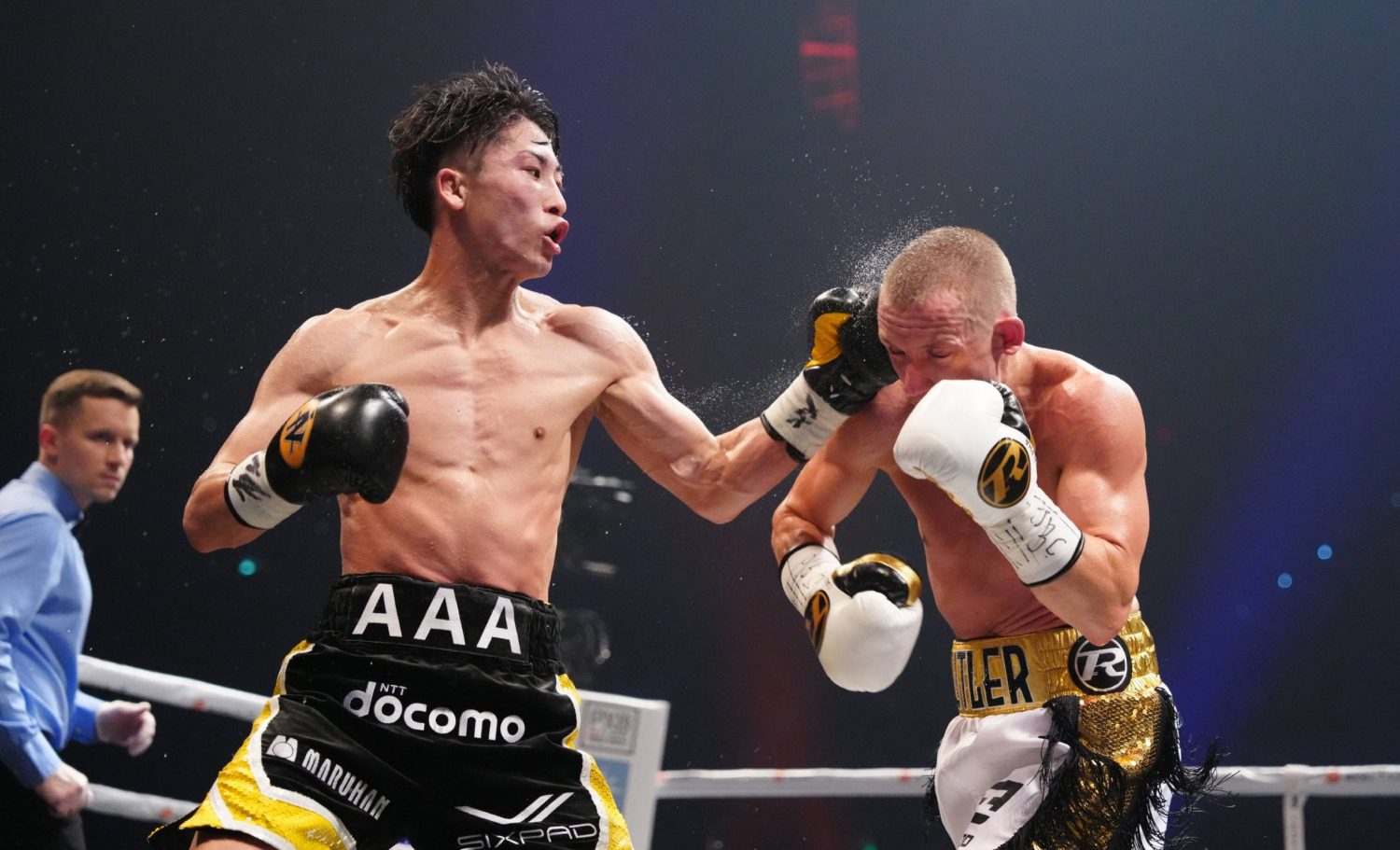 Naoya Inoue punches Paul Butler in the seventh round of their bantamweight world title fight on December 13, 2022, at Tokyo's Ariake Arena. (ⒸSANKEI)

Naoya Inoue and Tyson Fury were named the WBC's 2022 Fighters of the Year, it was revealed on the globing boxing organization's website on Monday, January 16.

Inoue (24-0, 21 knockouts) made a pair of successful title defenses in 2022 to become the undisputed bantamweight champion, unifying the WBA, WBC, IBF and WBO titles.

On December 13, the 29-year-old Inoue fulfilled his goal of becoming the undisputed champ, knocking out Britain's Paul Butler in the 11th round at Ariake Arena in Tokyo.

The WBC's online summary of Inoue's sensational 2022 in the ring reads as follows: "Since his debut, the 'Monster' has maintained performances of the highest level; however, this year's activity was simply brilliant. Inoue has an undefeated pristine record, he has conquered three divisions and in 2022 he defeated Donaire and Butler to become the undisputed champion of the bantamweight division."

"The Gypsy King" recorded a 10th-round TKO of Dillian Whyte on April 23 in London. Fury (33-1, 24 KOs) followed up that win with a sixth-round TKO of Derek Chisora on December 3 in the same British city.

Here's how the WBC succinctly summed up Fury's successful 2022 before adding a few fight details: "The 'Gypsy King' had a year crammed with great activity."

Inoue, the first Japanese to be recognized as an undisputed world champion by the four major sanctioning bodies, relinquished his bantamweight titles on January 13. He announced at a news conference that day in Yokohama that he's moving up to super bantamweight.

"In 2023, I would like to move up one weight class and challenge the super bantamweight division," Inoue told reporters.

Inoue said he needs a new challenge, insisting "there's nothing left to do in this bantamweight division, and there's no opponent I want to fight."