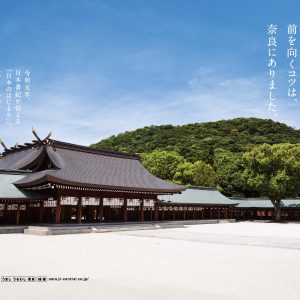 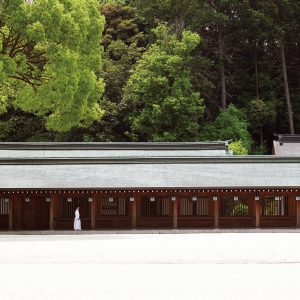 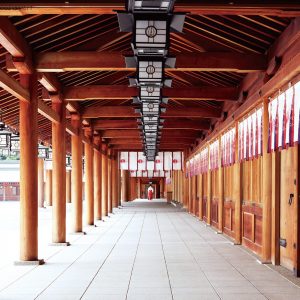 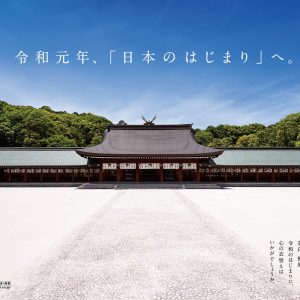 Kashihara Jingu in Kashihara City, Nara Prefecture — a shrine dedicated to the first emperor of Japan, Emperor Jimmu — will open some of its facilities for a limited time from October 23 to December 8 in celebration of the 130th year since its founding.

Japanese history and legend puts Jimmu as the first emperor in the current unbroken line of imperial rule. Emperor Naruhito is believed to be his direct descendant.

The plan calls for rare public access to an area called the Chokushi-kan, used by imperial envoys to purify themselves before ceremonial occasions or festivals. It was opened to the public only once before, in the autumn of 2015.

The Chokushi-kan is located inside Kashihara Jingu. The shrine was established on April 2, 1890, the 23rd year of the Meiji Era, by order of the Emperor Meiji, and the Chokushi-kan was built inside the shrine grounds in 1917, the 6th year of the Taisho Era.

One day before the exhibition begins, on Tuesday, October 22, Japan will mark Emperor Naruhito’s enthronement with an official ceremony in Tokyo.

Kashihara Jingu has close links with the imperial court due to its significance in the life of the first emperor, Jimmu. Many imperial family members have visited it to offer prayers.

Emperor Emeritus Akihito and Empress Emerita Michiko, then-emperor and empress of Japan, visited the site on April 3, 2016, which was the purported anniversary of Emperor Jimmu’s death.

Founding Site of the Nation of Japan

When the Emperor Meiji was restored to power in 1868, the third year of the Keio segment of the Emperor Meiji’s rule, he was delighted to respond to citizens’ calls to establish a shrine at Kashihara, where the first emperor could be enshrined.

The appeal of the location was its parallel connection as the site where the Emperor Jimmu founded the Chrysanthemum Throne.

Located in Kashihara City in Nara Prefecture, the grounds on which the shrine is situated are recorded as the founding site of the nation of Japan. Jimmu became the first ruler of Japan in 660 BC, almost 2,600 years ago, according to Japan’s oldest extant myth-histories, the Kojiki and Nihon Shoki. The Kojiki is translated as The Record of Ancient Matters, and the Nihon Shoki as The Chronicles of Japan. Today, Japan’s founding is celebrated on February 11.

The main features of Kashihara Jingu are the main shrine building and the Chokushi-kan, which will be specially opened to the public this autumn. Their decorations are simple yet elegant, creating an imperial and stately ambience.

Japanese visitors say that they feel “a sense of transparency,” according to the shrine office.

The buildings are surrounded by artificial forests, which were originally created by planted prayer trees in the early years of the Showa Era beginning from 1926. Subsequently the trees grew into greater natural forests. Now, the place has become a spot where visitors feel the glory of nature.

During the special exhibition, passengers who use JR Central Japan’s online ticketing service “Smart EX” to purchase reserved seats on bullet trains arriving at Kyoto or Shin-Osaka stations will receive a promotional gift if they show their ticket when visiting the shrine.

The memorial items are small plaques made of aged wood from the shrine’s sacred torii (gate) arches which are now under reconstruction. The newly-constructed Torii arches will welcome prayers and visitors beginning October 23, coinciding with the opening of the exhibition.

The shrine also has shops selling amulets and other items for good fortune for interested visitors.

Exhibition Schedule: October 23 to December 8, except as follows

Entrance Fee for Shrine: No entrance fee to the shrine grounds

Entrance Fee for Exhibition: ￥500 JPY for the Chokushi-kan exhibition

Addition Information: Check this website for additional information about the Kashihara Jingu and schedules for its events.