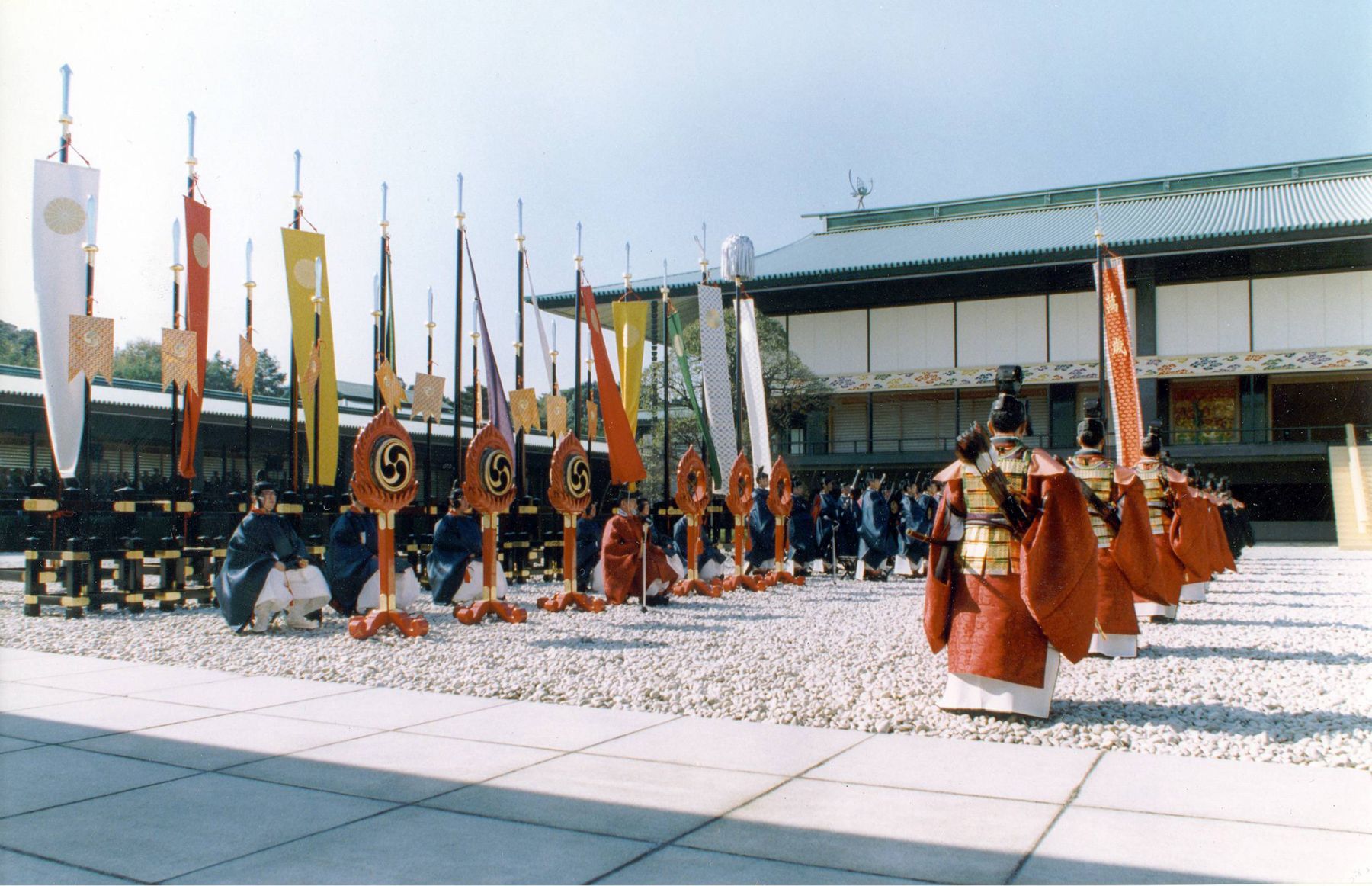 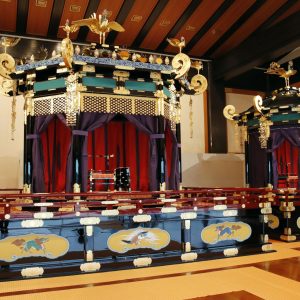 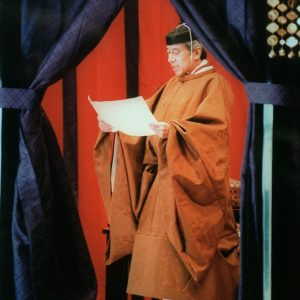 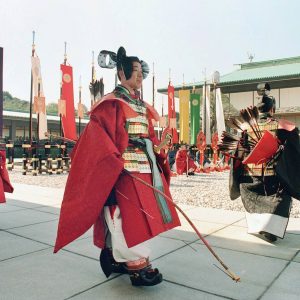 (UPDATED after the ceremony)

The enthronement ceremony for Emperor Naruhito, called Sokuirei-Seiden-no-Gi, took place on Tuesday afternoon, October 22, and was witnessed in person by about 2,000 people, including 1,600 from Japan alone.

Afterward, a court banquet, or Kyoen-no-Gi, will be held, where the newly-enthroned Emperor will be able to receive good wishes from representatives all over Japan and the world.

The Imperial Parade from which the emperor would greet members of the public, Shukuga-Onretsu-no-Gi, has been postponed until November 10 as a gesture of respect for all the victims of Typhoon Hagibis.

JAPAN Forward has put compiled these important and interesting details about the historic ceremony: 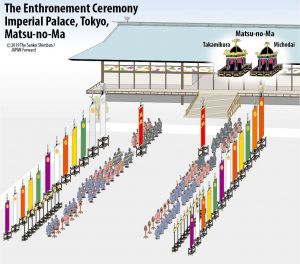 The Sokuirei-Seiden-no-Gi ceremony began at 1 P.M. and lasted half an hour on Tuesday. It took place in the Matsu-no-Ma, the state room in the Imperial Palace in Tokyo, where Naruhito ascended a special throne called the Takamikura and declared that he has taken on the duties of emperor before invited heads of state and other guests. Until the Showa Era ended in 1989, the ceremony was held in Kyoto, the old capital.

The Imperial Household Agency announced the installation of 30 large-screen monitors to facilitate enjoyment of the ceremony by about 2,000 guests. This is double the screens employed during the transition from the Showa to Heisei eras on November 12, 1990.

At the ceremony, Empress Masako stood on a similar elevated structure, called the Michoudai, to the right of her husband. Both Naruhito and his wife were wearing traditional imperial kimonos befitting their roles.

Following the Emperor’s greeting (See it at this link and read the text here), Prime Minister Shinzo Abe gave a congratulatory address, followed by three rounds of “Banzai!” — a traditional cheer used in this case much in the same way as “God save the king!”

Present among many illustrious guests was Susumu Nakanishi, considered to be the original proponent of the name of the new era, Reiwa.

From abroad, dignitaries, such as Charles Prince of Wales from the United Kingdom,  attended, along with dignitaries and heads of state from about 180 countries.

The Imperial Household Agency said October 22 had been designated as a holiday only for this year “in order that the public can celebrate this auspicious occasion with one accord.”

The celebrations will continue over the next week, with banquets on October 25, 27 and 29, to which additional representatives from Japan and foreign ambassadors have been invited.

History of the Special Throne 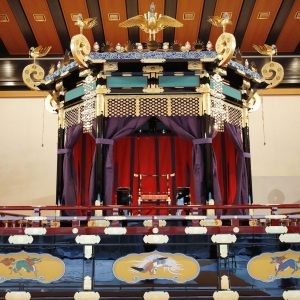 The Takamikura is thought to have been in use since at least the Nara Period (710-784), with records and images going back to the Heian Era (794-1185). Its role is documented in the 1909 Tokyokurei, the Imperial Order which officialized the ceremony and other aspects of the imperial system.

There are those who have argued that the Takamikura is a tradition which attempts to perpetuate the idea of the emperor being a descendant of god. During the transition to the Heisei Era, this became a target of extremist groups, so much so that for safety the elaborate structure was transported in a helicopter by Japan’s Self-Defense Force.

However, the Takamikura is also an artefact rooted in tradition and history, and now it has been restored by the country’s best craftsmen and experts in lacquer and metalwork.

The Takamikura is 6.5 meters in height, and 8 tons in weight. Together with the Michoudai, they are made up from more than 3,000 smaller elements. Decorated with images of giraffes and phoenixes, a lantern-like octagonal space rises up in black lacquer and gold leaf, with an eye-catching red canopy inside.

After the last enthronement ceremony in November 1990, both the Takamikura and Michoudai were disassembled and stored in the Imperial Palace in Kyoto, where they were kept until 2018. Due to some damage to the lacquer, the best craftsmen from all over the country were enlisted to reassemble and bring back their mirror-like shine and quality.

In an interview with Sankei Shimbun, Toshiaki Taguchi, 61, participated in the restoration work 30 years ago, and recalled: ”It was a rare occasion to learn from craftsmen and experts in Wajima lacquer, and to work closely with senior craftsmen in the field. I would like for people to take notice of the details of the high throne, which incorporates the skills of the best craftsmen.”

A Kimono for Each Role 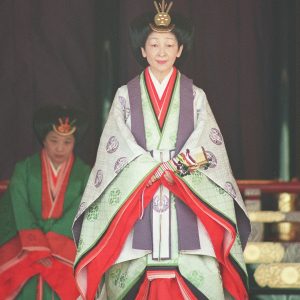 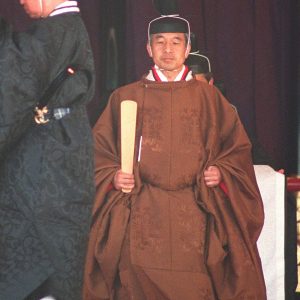 The participants in the related ascension ceremonies last May were mainly seen wearing Western clothes. This time, however, the pomp and circumstance will largely be Japanese-style. The formal dress for men will be the Sokutei, and for women the Junhitoe.

Emperor Naruhito will wear the Korozennogohou, a kimono which, since the Heian period (794-1185), has featured a color that only the emperor is permitted to wear. It was also worn by Naruhito in the ritual on May 8, 2019, when he reported to the Kashidokoro for the first time as emperor.

The next in line for the Chrysanthemum Throne, Naruhito’s brother Akishino, will wear a kimono called the Ouninou. It features a bright orange color, also called “the color of the rising sun.”

Women of the imperial family, including the Empress, will have a rare chance to wear the 12-layered kimono from the Heian Period, otherwise reserved for weddings, featuring different colors according to marital status.

An interesting fact is that, although the kimono as an institution goes back centuries, its use in the Japanese enthronement ceremony is a relatively recent addition. It didn’t start until the Meiji Period (1876-1910).

Isao Tokoro, an expert in imperial history and emeritus professor at Kyoto Sangyo University, explained to a reporter from Sankei Shimbun: “The Sokutei and the Junhitoe are independently-developed Japanese-origin garments. The Meiji Restoration opted to revolutionize the garment and transform the Chinese style into Japanese, aiming to re-establish imperial rule.” 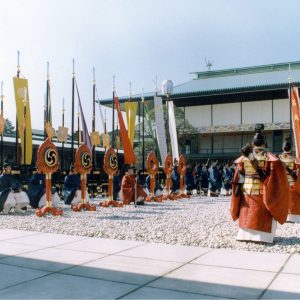 Guests will also see many people present at the ceremony apart from the immediate imperial family, carrying bows and arrows, traditional musical instruments, banners, and 78 people dressed in kimono, adding solemnity to the occasion.

As Queen Margrethe II of Denmark commented regarding the ceremony at the turn of the Heisei era, “it was majestic, with an especially wonderful color combination.”

This time, too, there will be banners called Ban, the usage of which dates back to the Nara Period. However, much like the imperial kimonos, while in their early history they carried traditional Chinese images of blue dragons and white tigers, they were were adapted in the Meiji Period to feature more Japanese imagery.

Viewers can also see the symbol of the Japanese imperial line, the characteristic chrysanthemum, in a sea of five colorful banners: blue, yellow, red, white, and purple.

With a lot of history and tradition on display, there is much to look forward to in the enthronement ceremony. Make sure to check JAPAN Forward’s special coverage of the imperial succession here.