Nara’s Deer Miss the Tourists: Some Relearn Natural Diet While Others Grow Thin 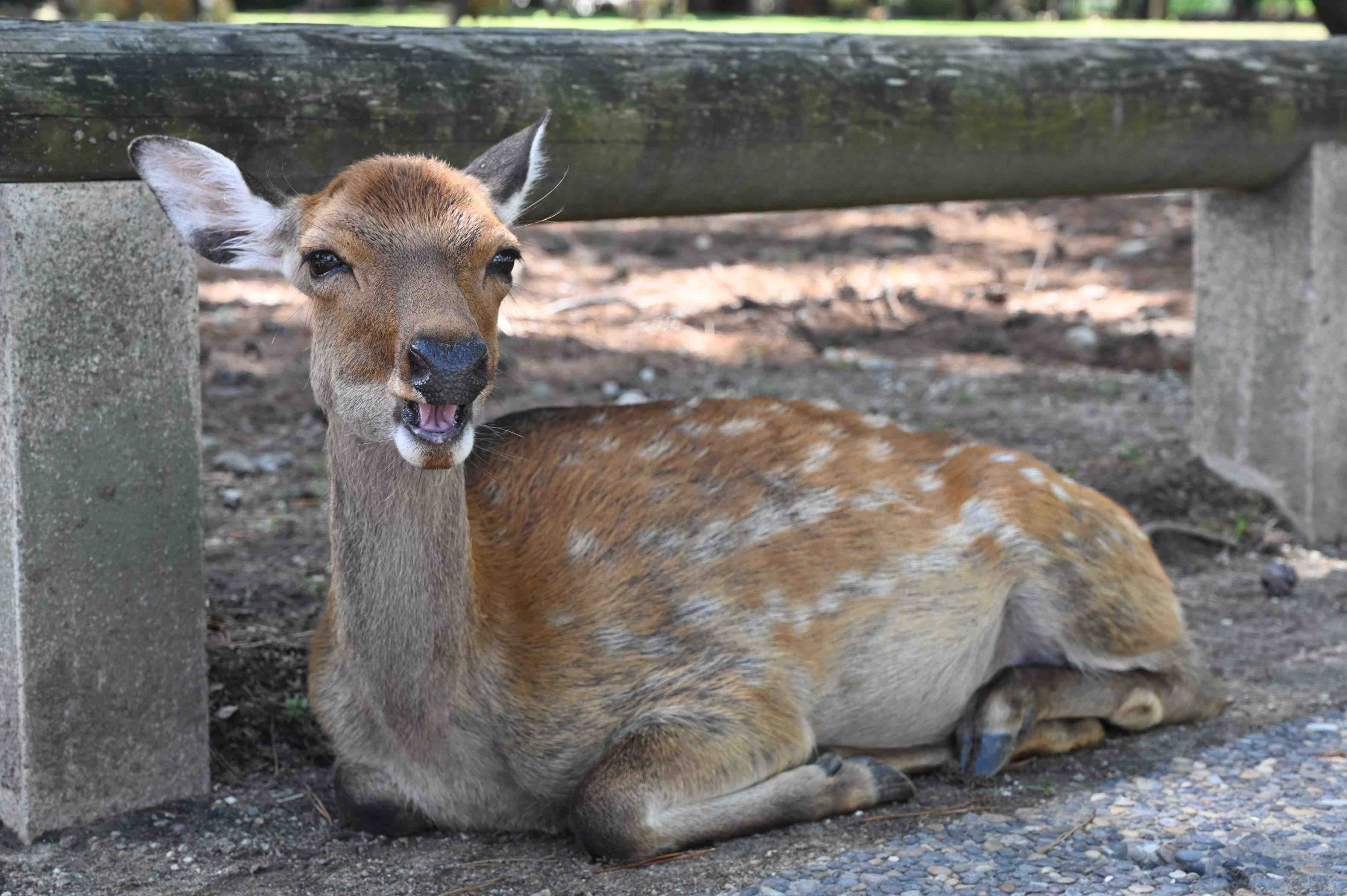 The coronavirus is affecting the lives of Japan’s nationally protected species, the “Nara deer,” which live by Nara Park in Nara City, Nara Prefecture.

Tourists have largely disappeared from the historic tourist destination due the pandemic. And although some of the deer have left the park for a more wild and healthy life, others are becoming malnutritioned due to their dependence on the “Shika Senbei” rice crackers that tourists feed them. 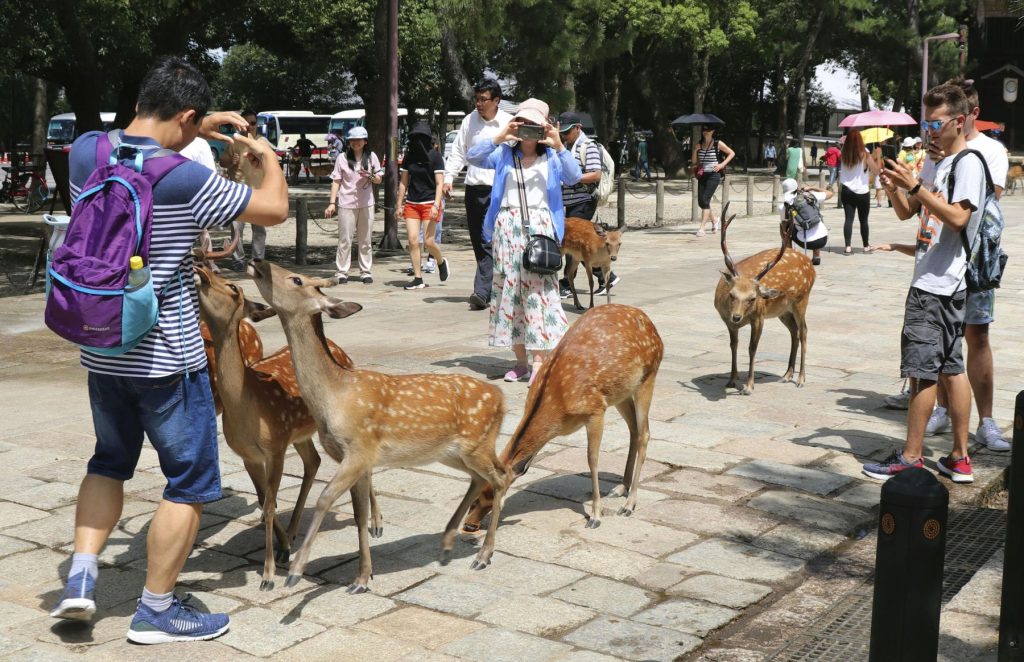 Approximately 1,300 deer live near the Nara Park. Roughly 13 million tourists visit the park annually, and up to around 20 million deer crackers are sold each year. Excluding the 400 that are housed in the “Rokuen” deer shelter, around 900 deer roaming the park consume the rice crackers, meaning each deer generally eats more than 60 crackers per day.

The rice crackers weigh about 3 to 4 grams each, and are considered a snack for the deer, who eat about 5 kilograms of grass everyday. However, the nutritional value of the crackers is higher than grass, making them attractive to the deer. Therefore, the deer are often seen hovering around the food stands where the crackers are sold, waiting to entertain the tourists who feed them.

Since the outbreak of the coronavirus, however, tourist numbers have significantly decreased. Crackers sales have plummeted. with their daily lives upended, the deer themselves started showing signs of change as well.

According to a research conducted by The Nara Deer Preservation Foundation (NDPF) and Assistant Professor Shiro Tatsuzawa of Hokkaido University (Conservation Ecology Department), it was discovered that there has been a decrease in the number of deer staying inside the central grounds of Nara Park. 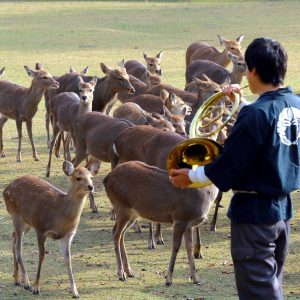 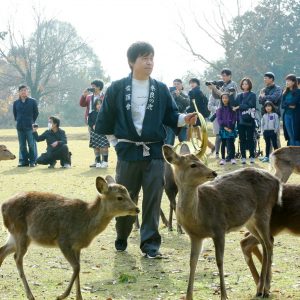 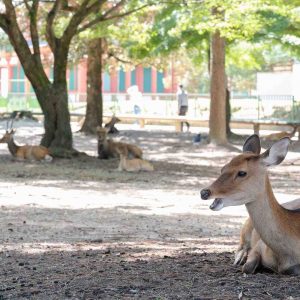 “Perhaps the deer decided to roam around looking for grass to feed on since there were much fewer tourists to feed them the crackers,” suggests Assistant Professor Tatsuzawa.

While the deer population in Nara Park has decreased, the number of deer sitting on the grass during daytime has increased from 19.3% to 59.1%. 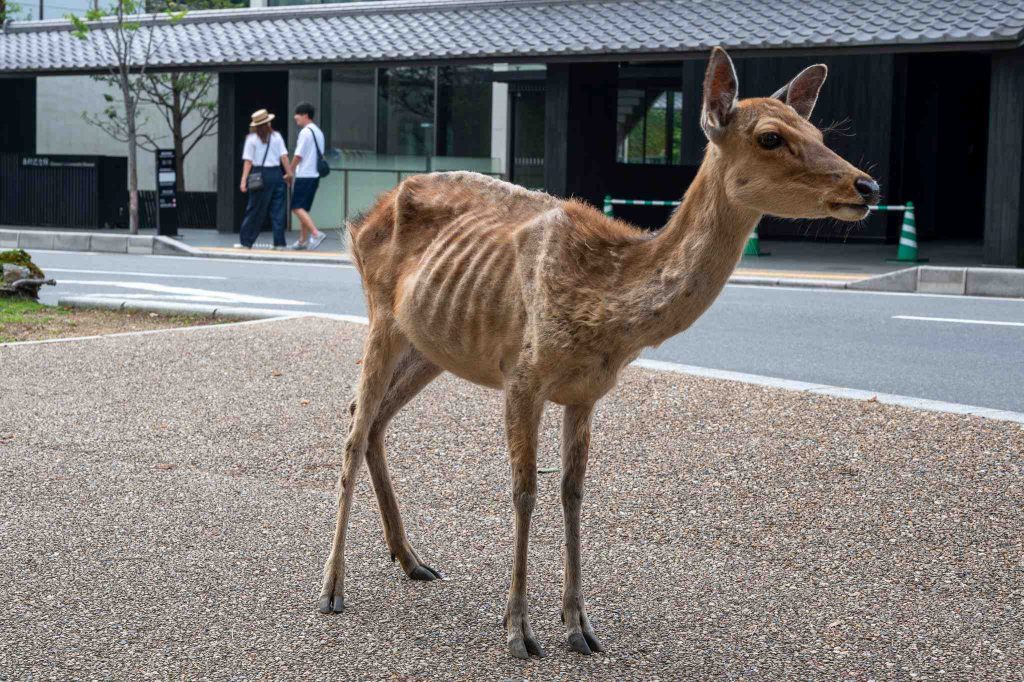 Deer are ruminants, meaning they digest their food, such as grass, by bringing it back from their stomachs to chew on it again, making rest time after meals essential. Tatsuzawa states that this increase may be a good indication that the deer are eating more grass and are returning to a more natural healthy diet.

There have already been signs of improvements. Normally, deer droppings are dark and round in shape, but before the pandemic, there were loose feces found all around the park. NDPF’s veterinarian, Rie Maruko explains that the deer’s intestinal bacteria will become out of balance from eating too much Shika Senbei and human snacks, often resulting in loose droppings.

Like humans, deer need to eat a balanced diet to maintain a healthy stomach. Lately, loose droppings have been greatly reducing, and the overall health of the deer population has improved.

On the other hand, a segment of the deer population is  becoming extremely thin, apparently due to its dependence on rice crackers. Assistant Professor Tatsuzawa believes some deer might be addicted to the rice crackers, as they are seen roaming around the once populated tourist sites, such as the Nara National Museum, but are not seen eating any grass. 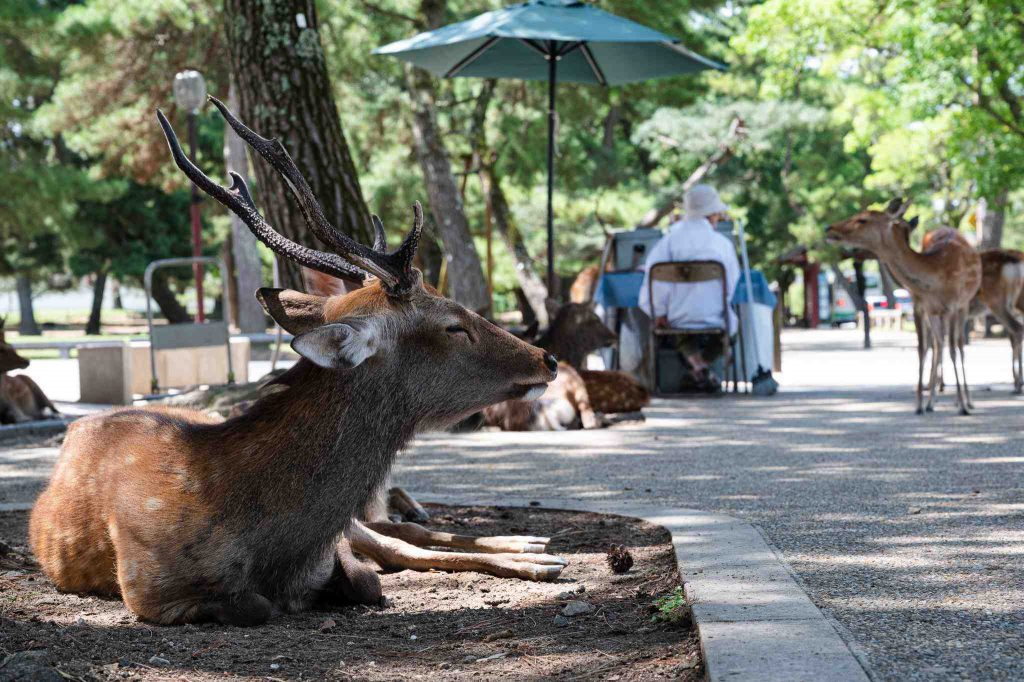 Some Nara deer wait paitiently near cracker sellers, seemingly in the hope tourists will return.

According to a previous survey, some deer ate more than 200 crackers a day, leading the Assistant Professor to speculate that perhaps these deer have become so accustomed to eating the crackers given to them by people that they are unable to adapt to the changes.

Not only has the coronavirus pandemic drastically changed people’s lives, but the lives of the Nara Park deer as well.

(Find access to the story in its original Japanese, here.)