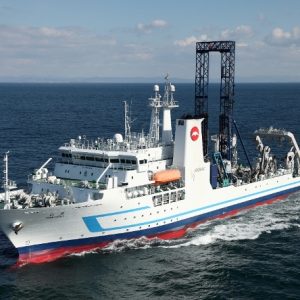 The prospects for exploring seabed minerals have attracted the attention of marine scientists and technology experts globally. This quest recently received a momentous fillip for Japan when a Japanese team of researchers—led by Yutaro Takaya of Waseda University, along with the University of Tokyo, and the Japan Agency for Marine-Earth Science and Technology or JAMSTEC—published a significant study in Scientific Reports on April 10, 2018.

The study revealed that an estimated 16 million metric tons of Rare Earth Elements (REEs)—enough to fulfill global demands potentially for hundreds of years on a semi-infinite basis—have been discovered in Japanese waters near Minami-Torishima, an island in the Ogasawara Island group located about 1,800 kilometers southeast of Tokyo. The study declares that the deposits are spread across a 2,500-square- kilometer area within Japan’s exclusive economic zone.

REEs are a set of 17 chemical elements in the periodic table that are found in relative abundance in the Earth’s crust. What makes them “rare” is their availability in quantities that are sufficient to support economic development of the deposits. It is not economically viable to extract them for consumption when they are thinly dispersed and buried as much as 6.4 kilometers underwater. At the same time, REEs are essential for consumer electronics, including cell phones, laptops, and green energy technologies.

The Japanese research team used technological innovation in deep-sea exploration, and proverbially struck gold with this discovery. Theoretically, the discovery could free Japan from overt dependence on Chinese supply. Currently, Japan is heavily dependent on China for its supply, importing 82% of its rare earth elements from its neighbor. In contrast, rare earth elements being exported to Japan stand at just 40% of Beijing’s supply.

The United States Geological Survey reports that, as of 2017, there are 120 million tons of rare earth deposits worldwide, including 44 million in China, 22 million in Brazil, and 18 million in Russia. Yet, almost 89% of the world’s rare earth elements output was mined by China until 2011.

Aware of its importance, China has restricted the exports of these elements by employing measures such as quotas and export tariffs. Their policy is seemingly aimed at keeping the prices lower for Chinese firms, through which they can obtain an unfair competitive advantage in the international marketplace.

In reference to this, the World Trade Organization panel has taken note of China’s rare earth export restrictions. After examination, it concluded that the export duties on rare earths, tungsten, and molybdenum were inconsistent with China’s obligations under its WTO Accession Protocols. It further found that none of China's arguments constituted cogent reasons for departing from the WTO appellate body’s finding.

The panel also found that China’s export quotas on rare earths, tungsten, and molybdenum were inconsistent with the General Agreement on Tariffs and Trade (GATT) Article XI, and that export quotas were not justified under the exception in GATT Art. XX (g) “relating to the conservation of exhaustible natural resources.”

More significantly, the WTO panel found that the restrictions China imposed on the trading rights of enterprises exporting rare earths and molybdenum—such as minimum registered capital, prior export experience and export performance—are contrary to paragraphs 83 and 84 of China’s Working Party Report on the issue.

In fact, China is the world’s biggest rare-earth consumer and it cares less about exporting these elements for profit. Instead, it is interested in keeping the material at home to feed the needs of its domestic high-tech industries and also encourage foreign corporations to manufacture inside China. The phenomenon of imposing a “rare earth metals embargo” also appears to be a potent tool that the Chinese policymakers could employ for securing other geopolitical objectives.

Waseda University’s official news release confirms that researchers have succeeded in establishing a mineral processing procedure that selectively recovers host minerals of rare earth elements from deep-sea mud. According to Yutaro Takaya, “Rare-earth elements and yttrium (REY) are critical in renewable energy technologies and electronics, for example, hybrid vehicles, rechargeable batteries, wind turbines, and light-emitting diodes, as well as medical technologies.” His team is hopeful that their findings could alter Japan’s policy and strategy on natural resource management.

While Takaya and team claim that they would be able to develop ways to extract the elements within five years and thereby contribute to Japan’s resource security, obstacles remain. The primary obstacles they are expected to confront are economic viability and sustainability, given that extraction of these minerals is highly costly and complex.

That notwithstanding,  researchers in Japan are also reportedly considering recycling products containing rare earths to re-use the elements, as well as searching for technologies that do not require the use of rare earths.

The Japanese government’s policy now is to source more than 60% of its rare earths requirements from outside of China by 2018. To achieve this, major Japanese corporations are developing mining projects in cooperation with local entities in Australia, India, and Kazakhstan. A $1.5-billion fund has been earmarked for developing alternative sources of rare earths, notching up the push for joint venture partnerships to secure supplies of these elements. Japanese firms are also being backed by the Japanese government, which is entering into international partnerships in the same regions.

The discovery of this mammoth resource of rare earths in the western North Pacific Ocean, combined with the use of a hydrocyclone separator, in theory, could prove to be a force multiplier for Japan’s search to become self-reliant and shun heavy dependence on China. It is the economic viability of extracting and processing these minerals, however, that shall ascertain the real potential of the ore deposits in practical terms in the years to come.