Niigata’s ‘Giant Kite Battle’: A Story of Retaliation Turns Into A Festival Tradition 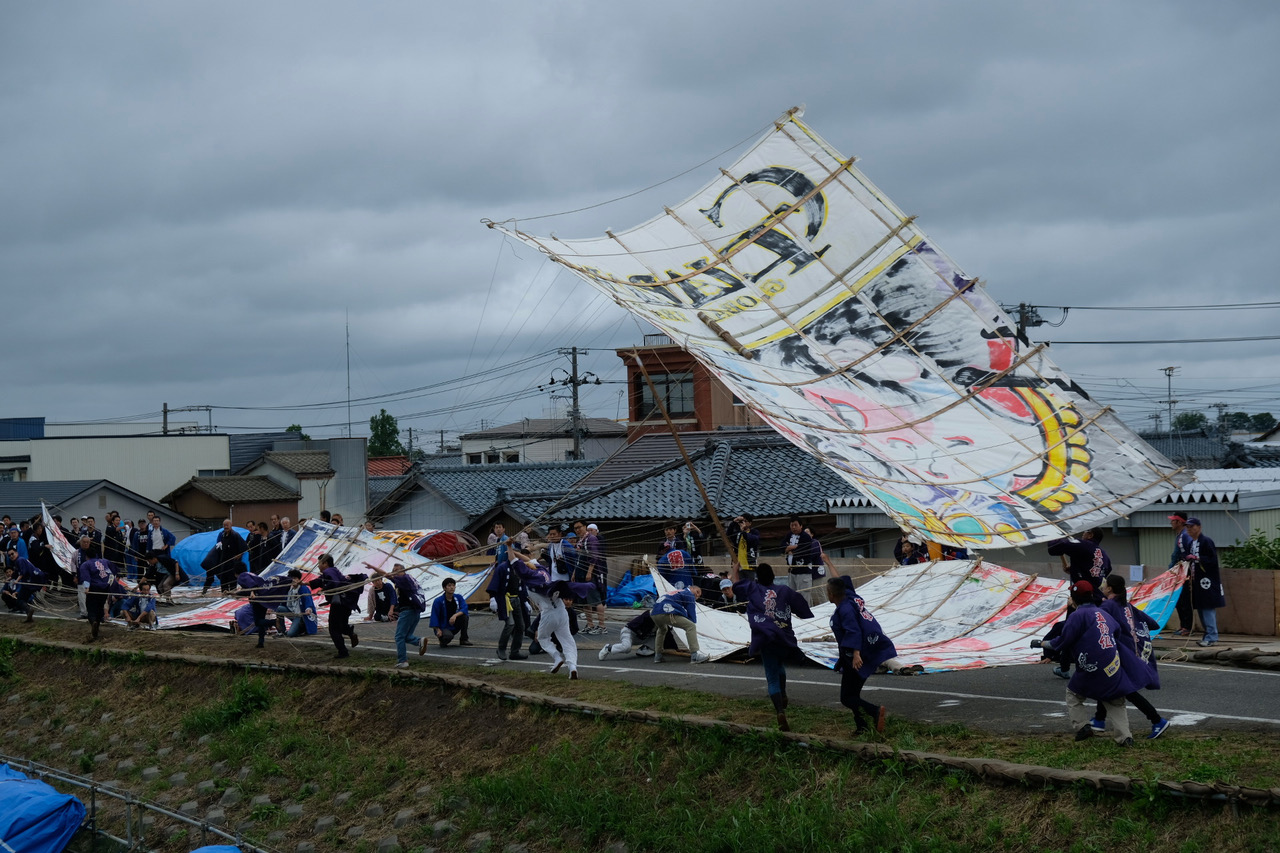 Three hundred kilometers west of Tokyo, in the heart of Japan’s Niigata Prefecture, lies Shirone. It is a modest city with a yearly festival that is quite unique — even for Japan.

In early June every year, Shirone hosts its annual “Giant Kite Battle” — a festival otherwise known as tako-kichi matsuri — over the Nakanokuchi River. People travel from all over Japan to experience Niigata’s tako-kichi matsuri, and once you’ve experienced it, it’s not hard to see why.

The northward current of the river, combined with the northern winds, plays a significant role in getting the giant kites up in the sky. But it’s the teamwork of the participants and their competitive spirit that make the kite battle such an exciting event to watch.

The tako-kichi matsuri has stood the test of time — it has been a tradition in Shirone for over three centuries.

The origins of the festival date back to Japan’s Edo period, when new walls were built along the banks of the Nakanokuchi River in Shirone to help prevent flooding. It is said that a local kite on the east side (Shirone) of the river accidentally crashed onto a rice field on the west side, causing significant damage to some crops in the process.

The locals on the west side of the river were outraged by this and chose to retaliate by crashing kites of their own onto the Shirone side of the river. It is not clear how this retaliation turned into a yearly tradition. Yet, remarkably, we continue to enjoy the battle over 300 years later.

Battle Over the Nakanokuchi River

The battle itself consists of two teams, one situated on either side of the Nakanokuchi river. Both teams start by charging down the riverbank while holding the ropes to their giant kites, pulling them into the air. 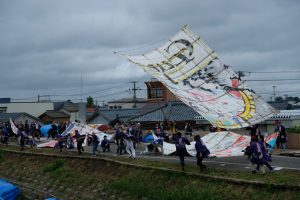 Once the kites are airborne, the participants try to get their kites to clash over the Nakanokuchi River, taking advantage of the northward winds as well as the river’s current. When the kites connect, the battle is on.

As the kites clash, both teams begin to pull their ropes vigorously in a game of tug of war. The tug of war gets everybody on all sides of the river fired up and leads to chants of wasshoi, wasshoi, as the participants engage in battle. 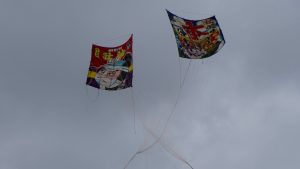 The battle continues until one team’s rope breaks, leaving a clear winner and loser. However, this was not the case in 1932’s giant kite battle, as the tug of war lasted over four hours until nightfall and there was no choice but to end the match in a draw. 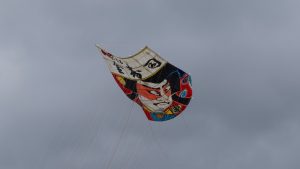 Once the winners are declared, they celebrate by chanting banzai in jubilation, while the losing team get to work on preparing a new kite for the next battle. When the final battle is over, an exhilarating fireworks display is held along the river for everyone to enjoy.

Shirone kites have a strong reputation in Japan and are considered very special. They are made using bamboo frames, which are then covered with washi (Japanese handmade paper) that can display the traditional crest of the team and other different designs. The fine craftsmanship is tailored to help them catch the air currents as they fly and fight over the stream of the Nakanokuchi River.

The majority of Shirone kites use designs based on famous Japanese warriors, kabuki characters, and faces from Japanese mythology. All of the designs are expressed in the form of ukiyo-e, a traditional style of Japanese of art that flourished through the 17th to 19th centuries. The look is spectacular when paired with the craftsmanship of the kites.

The kites that take part in the battle are divided into two categories: giant rectangular kites, which are called odako, and smaller hexagonal kites called rokkaku-dako.

Odako kites are 23 x 16.5 feet and require between 40 and 50 people to fly, which gives you a sense of the amount of coordination needed to get the kite up and away. Each of the 13 teams make about 15 to 30 giant odako kites for the battle.

In addition, there are usually around 1,200 of the smaller rokkaku-dako kites, which are 10 x 6.5 feet in size. The rokkaku-dako kites are flown by 50 different teams comprised of community associations and kite hobbyists who can spend up to 6 months building their kites for the battle.

There is no doubt that the thrilling action of the festival is responsible for its longevity. But there is also another key reason.

As part of the festival, there is also a competition which is held for children to fly their very own 12 x 9 feet rectangular kites. This competition garners the spirit of the local children with the hope that they will keep the festival alive for future generations.

The giant kite festival is a source of pride of the people of Shirone, Niigata, and as such the festival has gained international recognition over the years. Sixteen Shirone rokkaku-dako kites were displayed at the World Kite Exhibition in 1976, generating much interest in their unique design and story of their origin. A few years later, in 1979, the giant Shirone odako kites were put on display over Seattle in the United States, to the delight of the city’s residents.

If you happen to be in Niigata but miss the festival which takes place in June, you can still experience the magic of Shirone kites from previous battles. The kites are proudly displayed in the Shirone Odako museum. The museum is renowned for being the world’s largest permanent kite exhibition. It’s also a great way to immerse yourself in the history of the Shirone Giant Kite Battle.

The battle may have started as a story of retaliation, but it has evolved over three centuries into a story about community spirit and dedication for us all to enjoy to this very day.