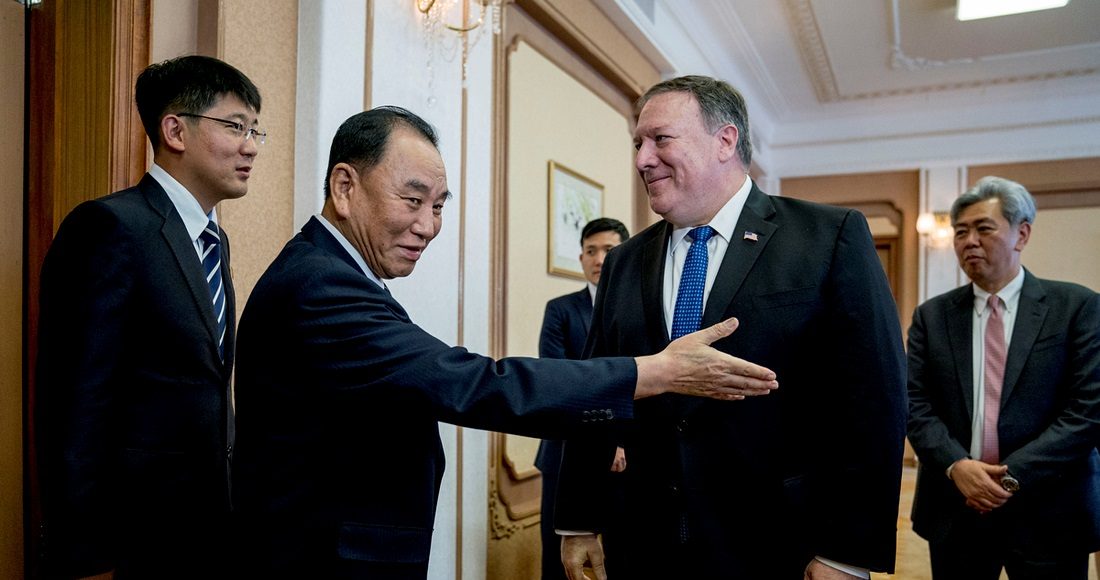 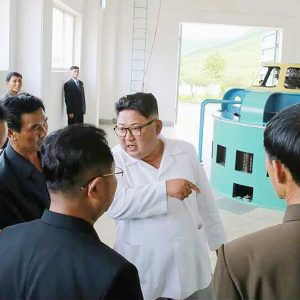 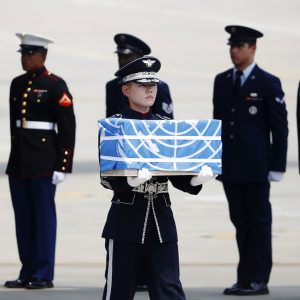 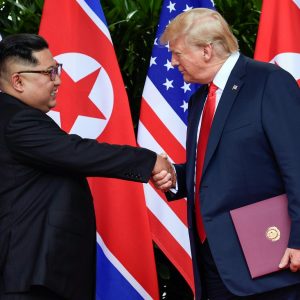 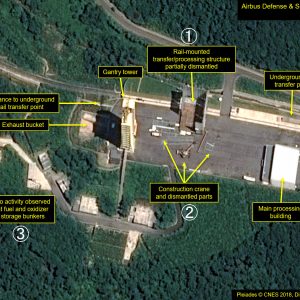 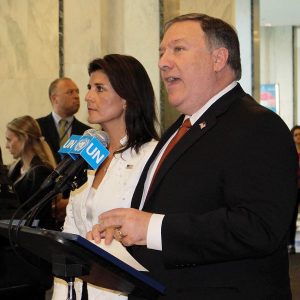 Given North Korea’s track record, there is much cause to doubt Kim Jong Un’s sincerity.

At best, it might be assumed he is just focusing on the North’s immediate-term problems. Facing immense economic and political challenges under the weight of the Trump administration’s highly effective “maximum pressure” campaign, Kim seems strongly motivated to dissipate the existing sanctions and gut the momentum for further sanctions. The looming question becomes, what must it do to achieve this end?

There are understandings it can implement as a start. Secretary of State Mike Pompeo stated publicly that “not all of that work” between the United States and North Korean negotiating teams “appeared in the final [June] document” but that there were “lots of other places where there were understandings reached” that were not reduced to writing.

Kim now has the opportunity to build on those understandings—toward confidence building and relationship building with the United States through concrete denuclearization.

If Kim persists in thinking small, the familiar historical pattern will repeat: the usual North Korean efforts to trade incremental, reversible micro-concessions for significant breathing space or irreversible concessions by America and its allies, until the “jig is up.”

The logical first step would be for North Korea to provide a complete accounting of its nuclear activities as a prelude to inspections and removal of nuclear materials. That said, the North Korean regime is likely to balk at providing up front a complete targeting solution of its nuclear program to the United States. Given past behavior patterns, it is most likely that the North Koreans will continue to stall.

But denuclearization has to start somewhere.

One option is to get the North to start taking concrete measures, rather than just talk about them. For instance, instead of getting bogged down with North Korean lies and stalling, America could propose several North Korean sites to serve as a prototype for an inspection regime. The prototype inspection regime would lead to concrete denuclearization and also serve as a confidence-building measure.

One of those sites could be the missile engine testing site Kim reportedly promised to dismantle. (Note: North Korea has since begun to dismantle its rocket engine test stand and a related building at the Sohae Satellite Launching Station.) A team of international inspectors, including U.S. experts and perhaps some from other legitimate nuclear weapon states (P-5), would move rapidly to inspect those sites to their satisfaction.

The United States and North Korea would then review the experience and discuss how to improve and build upon it. They could then begin developing a schedule for inspecting additional sites, especially including previously undeclared ones. This schedule would also include removal of nuclear material.

Eye on the Prize

U.S. negotiators should keep their eyes on the prize: CVID.

Confidence building in this manner should be just a means to that end. This should include a full declaration of heretofore undeclared aspects of the North Korean nuclear program, including facilities, fissile material, and so on. The declaration would be followed by visits by international inspectors and ultimately removal of North Korean nuclear materials, including warheads and missiles.

U.S. negotiators need to get Kim as close as possible to complete nuclear disarmament as quickly as possible. If the U.S. concedes to any nuclear weapons retention by North Korea, it will de facto legitimize North Korea’s possession of them.

Moreover, American negotiators should not hesitate to emphasize that the United States removed its last nuclear weapons from South Korea in December 1991 and that North Korean should reciprocate.

If raised, they should also note that references to Libya are being (deliberately) conflated. Libya in the disarmament context means CVID: it was a full eight years after handing over the Libyan nascent nuclear program that Qadafi was overthrown, and nuclear weapons wouldn’t have made a difference.

Getting Kim Invested in Progress

Kim was reportedly very nervous before meeting with President Trump, perhaps concerned that it was all a trick. Now, he seems to be transforming into an enthusiastic globetrotter. The United States should endeavor to get Kim invested in this process and to make clear that its continuation depends on his producing concrete, tangible progress on denuclearization.

The United Nations General Assembly’s annual General Debate in September would be the perfect opportunity for Kim to appear and proclaim to the world the concrete, meaningful steps toward CVID that North Korea has taken—and will take. America should consider using this as a forcing event to get Kim to agree to concrete actions—and even begin taking them—before September. Another meeting with President Trump in New York, or even Washington, could be offered if Kim makes significant progress.

More broadly, if Kim seizes the opportunity offered by the United States to undertake a fundamental reappraisal of North Korea’s strategic interests, he would be able to reduce the North’s long-standing dependency on China by diversifying. Kim seemed entranced—if a bit terrified—by his tour of Singapore’s bustling metropolis. The slick and alluring presentation the United States side gave him of a prosperous future for North Korea also no doubt made a positive impact.

This is offset to some extent by the fact that ultimately Kim is concerned only about his well-being and that of North Korean elites that maintain him in power, not the majority of the North Korean people. In this context, isolation has not been entirely to North Korea’s disadvantage, even if the extent of that isolation may have exceeded its utility.

During the height of the Cold War, 90% of East Germans could watch West German television. The reality of day-to-day news reporting and glimpses of Western standards of living had an enormously corrosive effect on the German Democratic Republic’s ability to limit public expectations.

If America wants to avoid scaring Kim off, Washington may need to emphasize that economic development—and exposure to the outside world—would proceed at a measured, controllable pace.

Getting to Normalized Relations

Offering to normalize diplomatic relations with North Korea is another possible enticement for Kim. This move would confer an additional degree of legitimacy on North Korea that he would no doubt welcome.

A related question would be establishing a U.S. embassy or representative office by another name in Pyongyang. That would mean friendly, Korean-fluent U.S. diplomats wandering around the capital, and North Korean security services might balk at such a move. Kim might best be incentivized with an offer to establish relatively small liaison offices, to start.

A major incentive for Kim would be a peace treaty officially ending the Korean War. The political theater involved would be momentous, but the practical implications are mostly negative for the United States. A peace treaty would make it politically difficult for the U.S. to tighten sanctions against North Korea. It would even be difficult to enforce existing sanctions, given the predictable euphoria in Seoul and the inevitability that Beijing and Moscow would fully capitalize on the new atmosphere.

The sense that North Korea is standing alone against the world community would diminish, and U.S. military cooperation with South Korea would be circumscribed by the perceived need to avoid being “provocative.” The U.S. must plan for this eventuality, but must also make clear to Kim that a peace treaty will only materialize in the final stages of the denuclearization process.

If Not Now, When?

The North Koreans have expressed support for complete denuclearization of the Korean Peninsula much in the same way that old Soviet leaders used to show support for world peace—as a pleasant fiction. The United States needs to make clear that it expects rapid, visible, and physical progress by North Korea on CVID.

If Kim balks even at this incremental approach, at least it will be clear to the world that America went the extra mile to give North Korea every possible chance to negotiate its way to a solution.

This article was first published on The National Interest website.