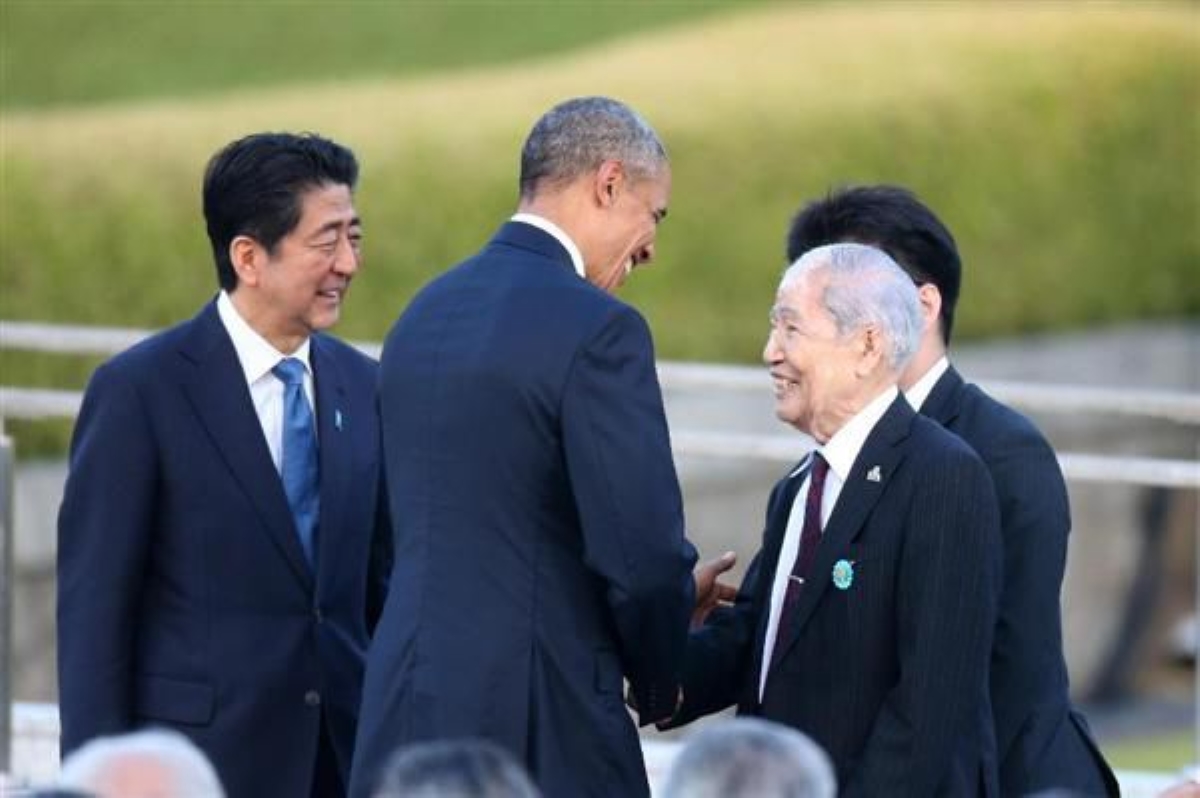 Sunao Tsuboi, a 96 year old hibakusha  (atomic bomb victim)  died on October 24.  Born in Hiroshima in 1925, he was an active representative of the Japan Confederation of A- and H-Bomb Sufferers Organizations (Hidankyo) which was instrumental in pressuring the Japanese government to support the victims and in lobbying governments to abolish nuclear weapons.

On August 6, 1945, when the U.S. dropped the first atomic bomb on Hiroshima, Tsuboi was a third-year engineering student at Hiroshima College of Technology (now the Hiroshima University Faculty of Engineering), about 1.2 kilometers from the hypocenter. He was exposed to radiation, suffering major burns.

After the war, he worked as a junior high school teacher.

Affectionately nicknamed “Mr Picadon”( Mr. Flash boom) by his students, he talked to them about the horrors of nuclear weapons and the importance of peace.

After retiring, he traveled around the world as a member of the Hidankyo organization to talk about his experience. He also served as Chairman of the Hiroshima Prefecture Atomic Bomb Victims’ Association Council.

In May 2016, when U.S. President Barack Obama visited Hiroshima as the first incumbent American leader to do so, he met Tsuboi and shook hands with him, saying “Let’s do our best to work together,” referring to working together toward the abolition of nuclear weapons.

Even after Tsuboi’s death, the anti-nuclear movement will continue as other survivors take up the mantle in his stead, including Shigeaki Mori, another hibakusha activist who received Obama’s attention when he visited Hiroshima.