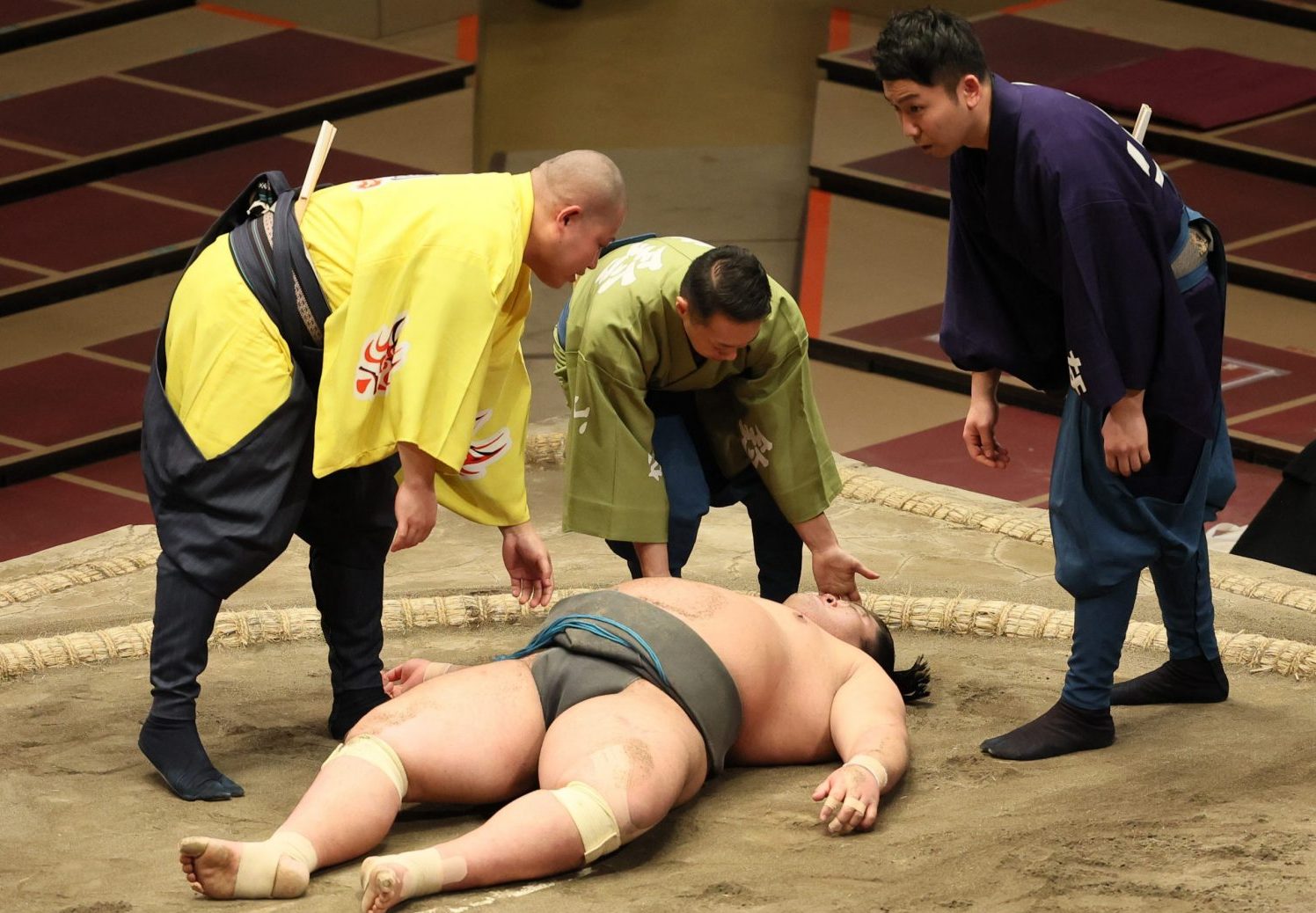 Did the Japan Sumo Association have policies in place to ensure that Hibikiryu would receive the best medical care as soon as possible after he suffered a head injury in the ring on March 26?

The sumo wrestler died at age 28 on April 28 from acute respiratory failure, the JSA said.

When Hibikiryu, a sandanme (fourth-division) wrestler, was injured in a Spring Grand Sumo Tournament match after being thrown by his opponent and landing on his head, he laid with his face in the dirt for several minutes at Ryogoku Kokugikan before a doctor arrived to examine him. And then approximately six more minutes passed before he was lifted onto a stretcher and taken to a Tokyo hospital, Nikkan Sports reported.

The JSA hasn’t directly linked Hibikiryu’s injury to his death.

“A causal link between the wrestler’s death and his injury is not clear at this point,” a JSA spokeswoman was quoted as saying by Agence France-Presse two days after his death.

Among the pertinent details that have appeared in published reports since the wrestler, whose given name was Mitsuki Amano, passed away are the following:

“I don’t feel below my neck. I can’t breathe [on my stomach],” Hibikiryu was quoted as saying by Nikkan Sports, complaining of his condition before he was taken to the hospital.

“On a stretcher [en route to the hospital], the wrestler was conscious and complained to sumo officials that he felt his lower body was paralyzed,” Nikkan Sports reported, adding that his condition “was improving at the hospital.”

It’s entirely possible that the delayed medical attention that the Yamaguchi Prefecture native received had no impact on how much longer he lived.

But one can also wonder this: Could more have been done if a doctor or qualified medical professional was at ringside to begin with?

In this era, greater awareness about head injuries than in the past exists throughout the sports world.

Analyzing what happened after Hibikiryu’s match on April 28, this much is certain: It took too long for the doctor to take a look at him.

And it took too long for paramedics to arrive.

Video footage of the post-injury scene at Ryogoku Kokugikan shows sumo officials hovering over Hibikiryu as they waited for medical help to arrive.

But why wasn’t it there to begin with?

For every grand sumo tournament match, a qualified medical professional should be required to be standing or sitting next to the dohyo. In matters of life and death, a medical professional’s expertise could be the determining factor. (The Japan Boxing Commission recognizes this. It requires a licensed doctor to sit ringside for all pro fights in Japan.)

Furthermore, it should be mandatory for an ambulance to be parked outside the arena all day, every day during grand sumo tournaments, and for pro, collegiate, national and international sporting events in Japan, especially contact sports. In the United States, for instance, you will see an ambulance in the stadium parking lot on the day or night of a high school football game.

While attending hundreds of sporting events in Japan over the past decade and a half, I’ve never seen an ambulance on location just outside a venue before an event starts.

Case in point: I recall the 2009 bj-league final at Tokyo’s Ariake Colosseum, where Tokyo Apache forward Dameion Baker suffered a torn Achilles tendon after landing awkwardly following an in-air collision with a Ryukyu Golden Kings player near the basket. Baker could have landed in a much worse position and severely damaged his neck. To prepare for such a worse-case scenario, an ambulance should have been at the arena for the basketball championship match.

What if Baker had broken his neck on the play?

How could you justify making him wait for an ambulance before he received necessary medical treatment?

Now, in the aftermath of Hibikiryu’s death, this tragic story presents a teachable lesson for the Japan Sumo Association and all sports that fall under the jurisdiction of the Japan Sports Agency: It’s time for reforms.

Clearly, the Japan Sumo Association is at a crossroads. It must embrace progressive changes in terms of how it handles medical emergencies, or it will continue to operate under antiquated policies.

As a necessary first step, the JSA scheduled a first-aid training session for Friday, May 7, with security guards, sumo elders and ringside judges scheduled to participate in the clinic at Ryogoku Kokugikan, according to Kyodo News.

Is that all that will be done?

Time will tell. It remains to be seen if the JSA will implement real changes to handle situations such as Hibikiryu’s injury or if the first-aid lecture is nothing more than a token gesture.

The Summer Grand Sumo Tournament begins on Sunday, May 9 at the same venue. Due to the ongoing state of emergency in the Tokyo Metropolis until Tuesday, May 11, the first three days of the Summer Basho are scheduled to be held without spectators.

Coming just weeks after the late Hibikiryu’s final bout, it could be 15 days of greater ー but necessary ー scrutiny for the sport.