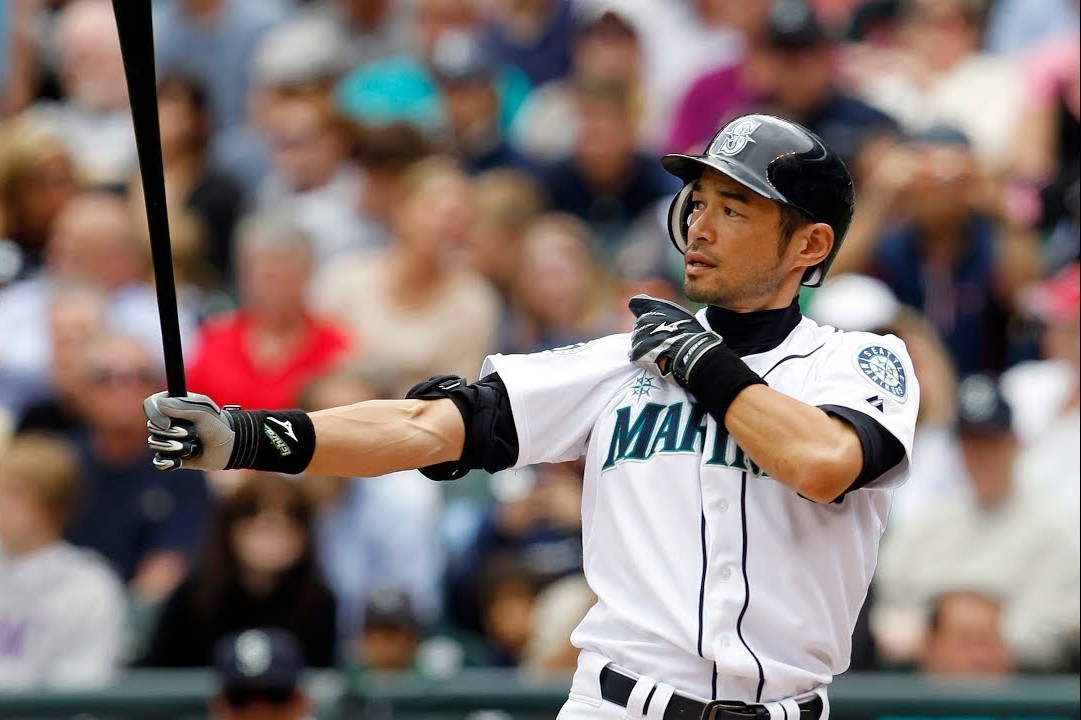 Ichiro Suzuki was hitless in the first three at-bats of his Major League Baseball career on April 2, 2001. That's just, of course, a footnote to what followed.

And 20 years later, memories of what he accomplished that night are a vivid reminder of his special place in pro baseball history.

When the Opening Day game entered the late innings, he gave a very Ichiro-esque introduction to his unique talents and helped the Seattle Mariners rally from four runs down to beat the Oakland Athletics, 5-4, at Safeco Field.

Ichiro led off the bottom half of the seventh inning with a sharp ground-ball single up the middle off A's reliever T.J. Mathews. It was the first of Ichiro's 3,089 big-league hits ー including 2,518 singles ー and proved to be a pivotal moment in the game.

Two batters later, Ichiro scored on an Edgar Martinez single to right field. The Mariners added three more runs in the seventh to make it 4-4.

In the eighth, Ichiro's at-bat gave a glimpse of what would become one of the trademarks of his MLB career: mastery of small ball.

The strategy paid off.

Ichiro delivered a textbook drag bunt down the first-base line. Dashing to first base, he beat reliever Jim Mecir's errant throw, which bounced off his batter's helmet. Mecir's miscue enabled the runners to move to second and third.

Rally time. With one out and the bases loaded, first baseman John Olerud hit a sacrifice fly to center to drive in the go-ahead run.

After the game, Piniella said he was impressed with Ichiro's bunt in the eighth.

“It was an excellent bunt,” Piniella was quoted as saying by The Seattle Times in the next morning's newspaper. “You won’t see better. He didn’t bunt all spring, but it was no secret plan. We were just letting Ichiro get all the swings he could. We knew he could bunt and now everyone else does, too.”

Ichiro, who started in right field, confessed he was pleased to have first official MLB game out of the way.

"I'm glad to get this game over with," the former Orix BlueWave star told reporters after the game. "To get the win is just a bonus.

"The feeling I had tonight I'll never forget. I want to be here for a long time."

Before leaving the ballpark that night, A's leadoff hitter Johnny Damon had already concluded that Ichiro would be a great MLB player right away.

"[Ichiro] is going to be a superstar for many years to come. He is what they need ー a guy who can put the ball in play and can run," the Oakland outfielder said after the game, according to The Associated Press. "He did a great job under a lot of pressure and came through."

Damon, of course, was absolutely correct.

And a dramatic Opening Day triumph was a sign of things to come for the Mariners in their magic-carpet ride during the 2001 regular season, which began with 20 wins in 25 April games. Piniella's swashbuckling crew won an American League record 116 games (and tied the National League's 1906 Chicago Cubs for the all-time win mark), but fell short of its goal of reaching the World Series. The New York Yankees eliminated the Mariners in the American League Championship Series.

When Ichiro left Japan to play for the Mariners, he was an established superstar with seven consecutive Pacific League batting titles and seven straight PL Golden Glove Awards on his lofty résumé.

He was 27 years old and hungry for a new challenge.

The 2001 MLB season became the sensational fulfillment of Ichiro's quest to follow in the footsteps of Japanese pitchers Hideo Nomo, Hideki Irabu, Shigetoshi Hasegawa and Seattle teammate and 2000 AL Rookie of the Year Kazuhiro Sasaki, among others, while doing something truly unique.

Or as Ichiro told the New York Daily News three years earlier: “I want to be the first player to show what Japanese batters can do in the United States. I’d like to go right away, but I’m not a free agent.”

In March 1999, Ichiro experienced a small taste of MLB competition (two games in three days) at spring training as a guest player for the Mariners in Arizona before returning to Japan to join the Orix BlueWave.

And he was thrilled about the chance to play in the same outfield as Mariners superstar Ken Griffey Jr.

"I had been looking forward to playing here for so long, to play alongside Ken Griffey, that I was prepared for it," Ichiro told reporters before departing for Japan. "And it was as exciting as I had expected it to be."

Two years later, while Griffey was beginning his second season with his hometown Cincinnati Reds, Ichiro quickly became a fan favorite in Seattle. And his No. 51 jersey became a ubiquitous item at the ballpark and throughout the city.

More importantly, Ichiro's batting, baserunning and fielding prowess from the get-go with the Mariners also helped pave the way for fellow superstar outfielder Hideki Matsui's departure from the Yomiuri Giants to sign a lucrative deal with the New York Yankees in December 2002.

Consider this: If Ichiro had failed miserably with the Mariners, Matsui's quest to reach the majors would've been much more difficult.

Instead, Matsui followed in the footsteps of Japan's first position player in MLB with great expectations placed on him.

Not only does Seattle's 2001 season stand out because of the team's all-around excellence, but Ichiro's superlative contributions were immense.

Ichiro was named the AL MVP and AL Rookie of the Year, only the second player in MLB history to win both accolades in the same season (Boston Red Sox center fielder Fred Lynn claimed both honors in 1975).

It should surprise no one that Ichiro Suzuki finished his MLB career (in March 2019 in a Mariners uniform against the A's at Tokyo Dome) with a remarkably long list of accomplishments: seven AL batting titles, 10 All-Star appearances, 10 Gold Gloves, 10 consecutive 200-hit seasons (including an MLB-record 262 hits in 2004), 3,089 hits (he had a combined 4,367 when you add his NPB hits to the total) and future induction into the National Baseball Hall of Fame in Cooperstown, New York.

Looking back on Ichiro's big-league journey that began 20 years ago this week, I recall the camaraderie and lively baseball banter on the Arizona Daily Star sports desk throughout the 2001 season. As desk editors producing the next morning's sports section each evening, Ichiro's statistics and the team's game recap were on display right in front of us on the to-be-published baseball page.

"Look at what Ichiro did today!” Rudy would exclaim.